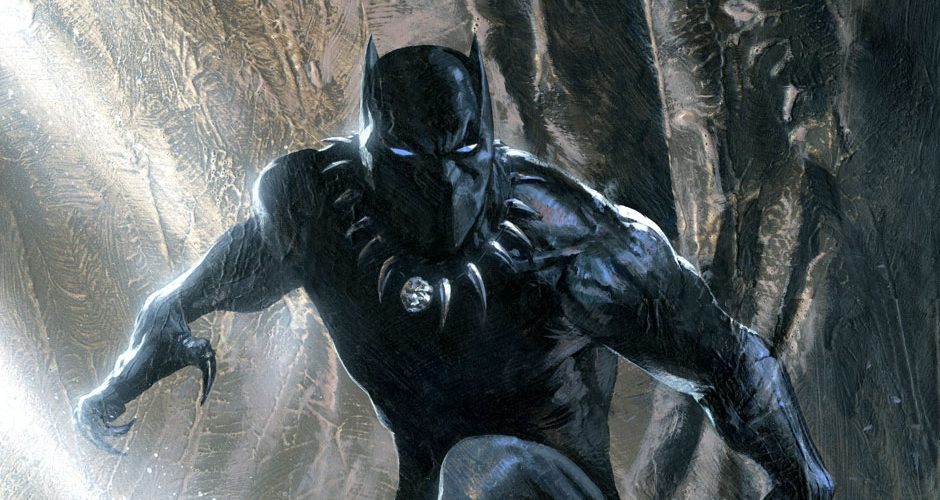 Releasing ‘Black Panther’ just months before their magnum opus is a risky move by Marvel for several reasons. Firstly, ‘Black Panther’ would be the last superhero that would feature in ‘Infinity War’ to be given a backstory. It’s fair enough to say that the Guardians are given more substantial background than Black Panther. In addition to that, and most importantly, this is the first time we get a good look at Wakanda, barring the brief introduction in ‘Civil War’.

That is a huge risk because Wakanda would play a very important role in ‘Infinity War’. It would act as the first line of defense against Thanos. So, if ‘Black Panther’ didn’t turn out to be a success, it would directly affect the outcome of ‘Infinity War’. But boy did the risk pay off! ‘Black Panther’ not only entered the all-time top 10 highest collecting movies of Hollywood, it also turned out to be a revelation. And, I say that both in terms of MCU’s answer to DCEU’s ‘Wonder Woman’, and in the sense of the cultural significance.

What is Black Panther about? 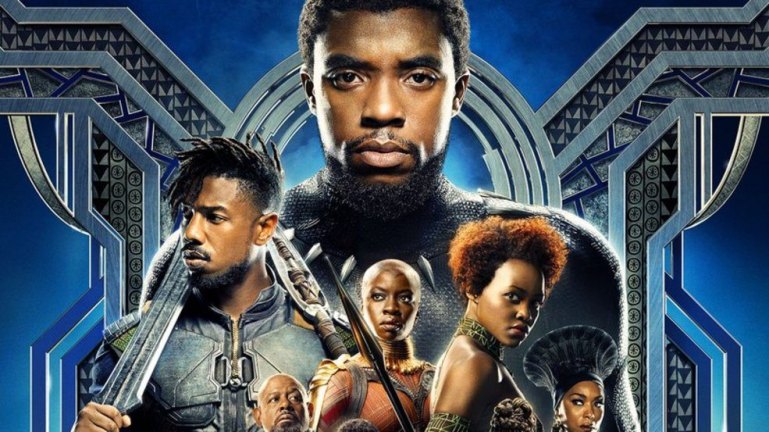 The first ‘Black Panther’ movie gives an introduction to Wakanda. It dwells into the history, the culture, and the much talked about Vibranium Technology of the secret nation. On the outside, Wakanda is a third world country. But it really is the house of a legend called “Black Panther”, with a wealth of tremendous technology, technology so advanced that it would make Stark Industries look like a start-up. The backbone of this technology is, of course, the toughest material on earth, Vibranium. Wakanda is blessed with a vast amount of Vibranium.

However, the ancestors of Wakanda have kept all this a secret, and out of the reach of greedy foreigners, by constructing a barrier around it, which not only protects it but also makes it invisible to the outside world. Wakanda has also been home to great scientists for generations, who research Vibranium and come up with ways of using it. The movie begins with the aftermath of the Wakandan king T’Chaka’s death in ‘Civil War’. His son T’Challa takes the throne. His sister Shuri is the topmost scientist of Wakanda, and probably the whole world. Everything is happy until Eric Killmonger, who is the son of T’Chaka’s brother N’Jobu, returns to Wakanda to claim the throne. 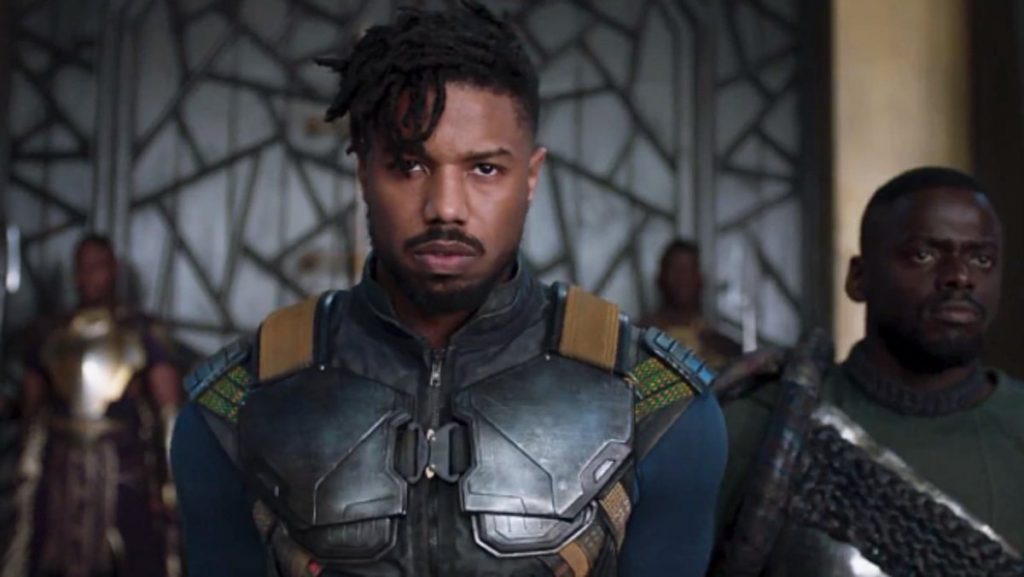 N’Jobu and T’Chaka have a huge ideological conflict. T’Chaka believes that the wealth and wisdom of Wakanda must be kept inside closed doors. Exposing it would lead to exploitation. This has been the ideology of Wakanda’s ancestors for ages. T’Chaka, as a righteous king, follows them with the utmost respect. But when a certain ideology is followed for centuries, it tends to have contradictions. Now, it’s known that Black people have suffered a lot of discrimination in the real world, and MCU takes a page from it.

Since the Black people across the globe were oppressed during his time, N’Jobu comes up with an idea of supporting his co-racial beings by helping them in their battle against oppression. He wants to distribute the advanced weaponry of Wakanda to Black people across the world. But once again, as a rightful follower to his ancestors, King T’Chaka rejects him. Which leads to the N’Jobu turning rouge and his subsequent banishment from Wakanda. Now, both T’Challa, who is the current Black Panther, and Erik Killmonger, who is a refugee, have adopted the ideologies of their respected fathers. After Erik Killmonger returns, Wakanda turns a battlefield. T’Challa and Erik Killmonger go head to head for the rest of the movie. 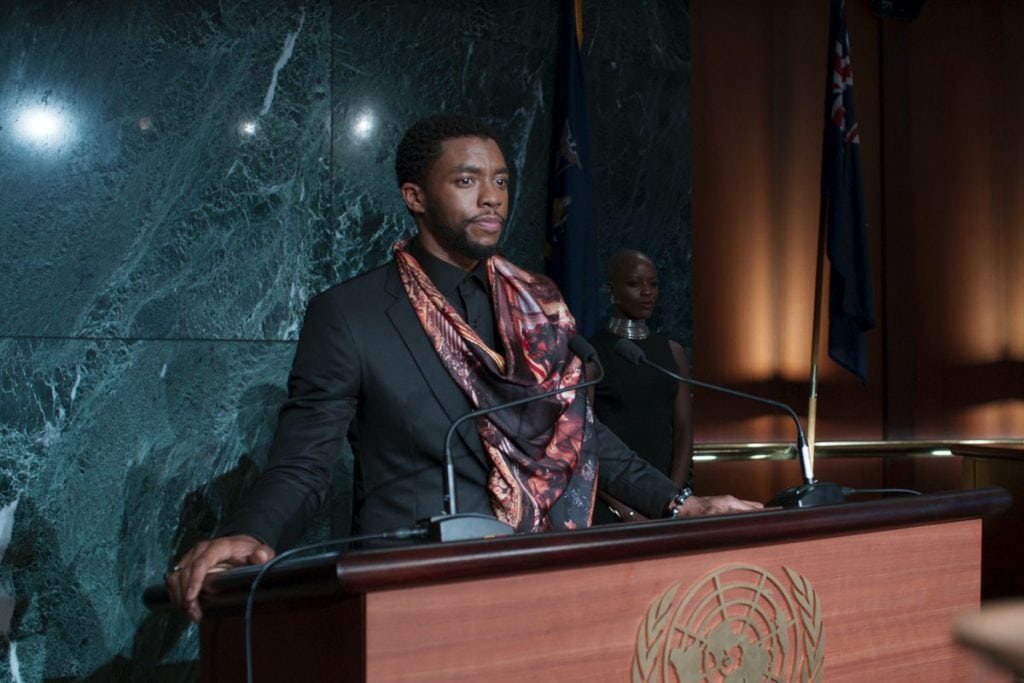 The movie, obviously, ends with T’Challa becoming the king of Wakanda and the “Black Panther”. This is where things get interesting. Now, the ideological conflict between T’Chaka and N’Jobu lead to the physical battle of T’Challa and Erik Killmonger. Which means that if Erik Killmonger ends up taking the throne, he would obviously become the Black Panther. Along with that, he still follows his father’s ideology. T’Challa would follow his father. But, after becoming Black Panther, T’Challa takes a big risk. Now imagine N’Jobu’s ideology being the extreme left and T’Chaka’s ideology being the extreme right, T’Chaka takes the central route. In his words:

“For the first time in our history, we will be sharing our knowledge and resources to the outside world. Wakanda will no longer watch from the shadows, we cannot, we must not. We will work to be an example of how we as brothers and sisters on this Earth, should treat each other. And now, more than ever, the illusion of division threatens our very existence. We all know the truth: more connects us than separates us. But in times of crisis the wise build bridges, while the foolish build barriers. We must find a way to look after one another as if we were one single tribe.”

This implies that T’Chaka has taken a page from N’Jobu’s idea. He will not completely follow the same path of his ancestors, and neither will he go Erik Killmonger’s way. He will make a way of his own. Unlike Killmonger, who would use Wakanda as an offensive force, T’Chaka will let Wakanda be the peace-bringer. He will open Wakanda, which will not only make Wakanda a center of knowledge and technology, but also the line of defense of Earth. Which is exactly what happens in ‘Infinity War’. 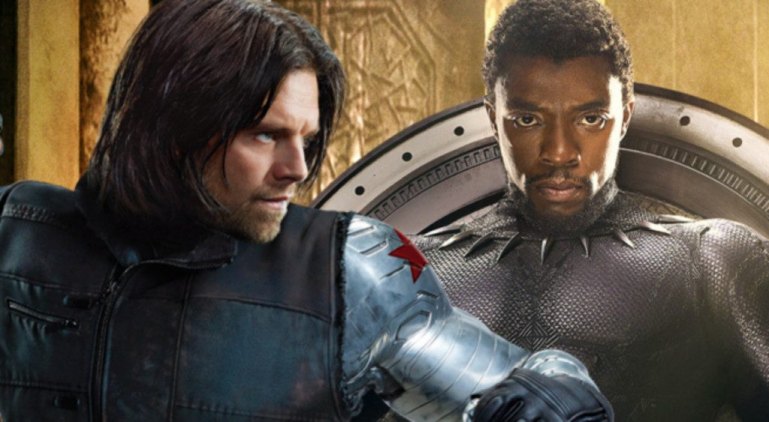 ‘Black Panther’ has the typical post-credits scene as all MCU movies do. Post ‘Civil War’, Black Panther and Captain America are seen forming a good friendship. This friendship plays an important role in the Winter Soldier, Bucky Barnes’ life. Bucky, who is revealed to have killed Tony’s parents during his hypnotic state, started the “Civil War”. And in the end, we see Captain handing over him to Wakanda, where he will be taken good care by Shuri and her team.

In the post-credits scene of ‘Black Panther’, we see Bucky in a hut somewhere in Wakanda. Shuri comes to meet him and he thanks her since she has helped him with his recovery. At the end of the scene, she says that he has a lot to learn. This implies that she, along with her team and the help of Vibranium Technology, has upgraded Bucky’s arm. This would help Bucky in his future endeavors, such as assisting Captain in the ‘Infinity War’

During the scene, we hear a few kids calling Bucky “White Wolf”. This is an Easter egg for the comic book fans. In the comic books, T’Chaka adopts a white kid names Hunter, whose parents died in a plane crash. Hunter grows up to be a loyal Wakandan and is also appointed as the head of the police task force of Wakanda. People of Wakanda call him “White Wolf”. Now, this could mean something in terms of Bucky’s character or not, since MCU is known to mash up two characters of the comics together. But probably, it’s not the same case here.

Future of Black Panther, Shuri, and Bucky beyond ‘Infinity War’ 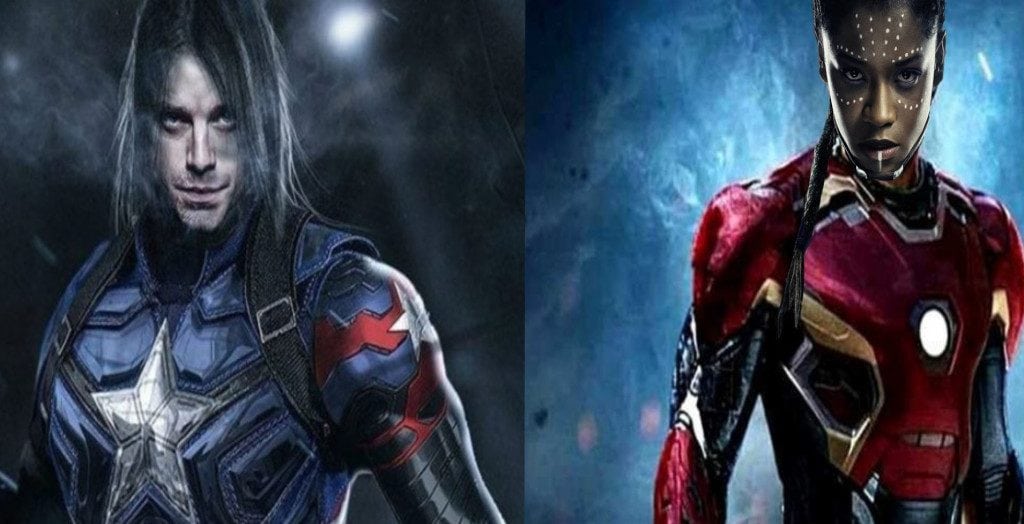 Black Panther, Bucky, and Shuri are victims of Thanos’ “snap” in ‘Infinity War’, and it’s clear that they will be revived in the last Avengers movie of Phase III. In the rebooted MCU, Black Panther’s story will continue as the franchise expands. Marvel will dwell into comics and tell stories of Black Panther and Wakanda. It is the future of Shuri and Bucky that is interesting. According to the comics, Steve Rogers and Tony Stark will die in the process of defeating Thanos and reviving half of the world. How that happens will be up to MCU, whether they’ll resort to the comics or not. But it is sure that after the untitled upcoming Avengers movie, MCU will not be the same.

And, whether they die or not, Steve Rogers and Tony Stark will stop being. Captain America and Iron Man.  If Marvel sticks to the books, Bucky Barnes will take up the shield and Shuri will inherit the armor. The possibility of this happening is cemented by Sebastian Stan’s (Bucky Barnes) eleven movies contract with Marvel. And also, since ‘Black Panther’ is a tremendous success and Shuri has built admirers of her own, it’s totally possible. In the past, Bucky has handled the shield couple of times.

And Shuri, if not better, is definitely on par with Tony in terms of knowledge. With Vibranium Technology available at her fingertips, and looking at the work she has done with Black Panther’s suit, Winter Soldier’s arm and her own equipment during the Wakanda war, fans would not mind her being the successor of Tony. Another interesting angle is the romance between Black Widow and Black Panther in the comics. And given the acquaintance of Shuri and Bucky, there could be a romantic angle between them as well.

Read More: Get Out, Explained