Where to Stream Black Panther? 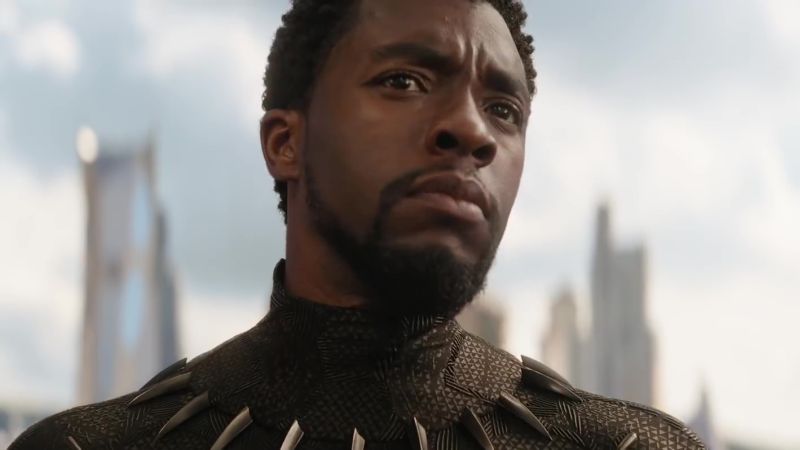 ‘Black Panther‘ is a 2018 superhero movie and holds the distinction of having the first black superhero in mainstream cinema. It is set within the MCU, and the character first appeared in ‘Captain America: Civil War.’ The ‘Black Panther’ movie sees T’Challa preparing to rule Wakanda, following his father’s demise. Viewers are taken into the visual and technological splendors of the fictional African nation. But, the danger is never too far since Killmonger or N’Jadaka, the heir apparent’s cousin, challenges his right to the throne. Curious to find out where to stream the movie? We’ve got you covered, and will also tell you a bit more about the story.

What is Black Panther About?

T’Challa prepares to take the throne, while Killmonger makes his moves attempting to enter Wakanda. Things come to a clash when T’Challa learns the whereabouts of Klaue – Killmonger’s former associate and a thief who’d stolen Wakandan Vibranium. Eventually, Killmonger shows up at T’Challa’s doorstep and challenges him to a duel, which the king loses. As everyone believes the Black Panther is dead, Killmonger takes the mantle, and his reign of terror begins. Meanwhile, T’Challa is aided by the women in his life – his mother, sister, and love interest. He recuperates and brings the battle to Killmonger, finally vanquishing him and restoring order. In their clash of ideologies, T’Challa walks away, a wiser man.

Is Black Panther on Netflix?

Netflix has a fantastic collection of films and shows, including great superhero content. Unfortunately, ‘Black Panther’ is not on the platform. Instead, you can check out ‘Spider-Man: Into the Spider-Verse.’ We start with Miles Morales, who’s juggling being a hero and a high-school student. A move from Kingpin makes things infinitely more complicated when others from the Spider-Verse enter Miles’ world.

Is Black Panther on Hulu?

Hulu tries to keep all viewers satisfied, but the platform is somewhat lacking when it comes to superhero movies. Naturally, ‘Black Panther’ is not available there, but you can check out Sam Raimi’s gem ‘Spider-Man 3.’ We see how Peter Parker is besieged on all sides by foes but tries to save the day even if it requires heavy sacrifices.

Is Black Panther on Disney Plus?

Disney Plus has consolidated all its studio content onto one streaming platform. Thus, ‘Black Panther’ can be streamed by those who have a subscription. Check it out here.

Is Black Panther on Amazon Prime?

Amazon Prime sources content from all over the world, so subscribers are rarely dissatisfied. While ‘Black Panther’ cannot be accessed by streamers as is, you can always buy or rent and watch the movie. Check it out here.

If you don’t have access to Disney Plus or Amazon Prime, you can still stream ‘Black Panther.’ Just head to Fubo TV, TNT, DirecTV, or SlingTV, and you can watch the movie.

Where to Stream Black Panther For Free?

Sure, you can watch ‘Black Panther’ for free by using the trial periods offered by Disney Plus and Fubo TV. The seven-day long trial is enough to finish watching a film, but we urge readers to pay for the art they consume.