Will There be a Black Sails Season 5 or is it Cancelled? 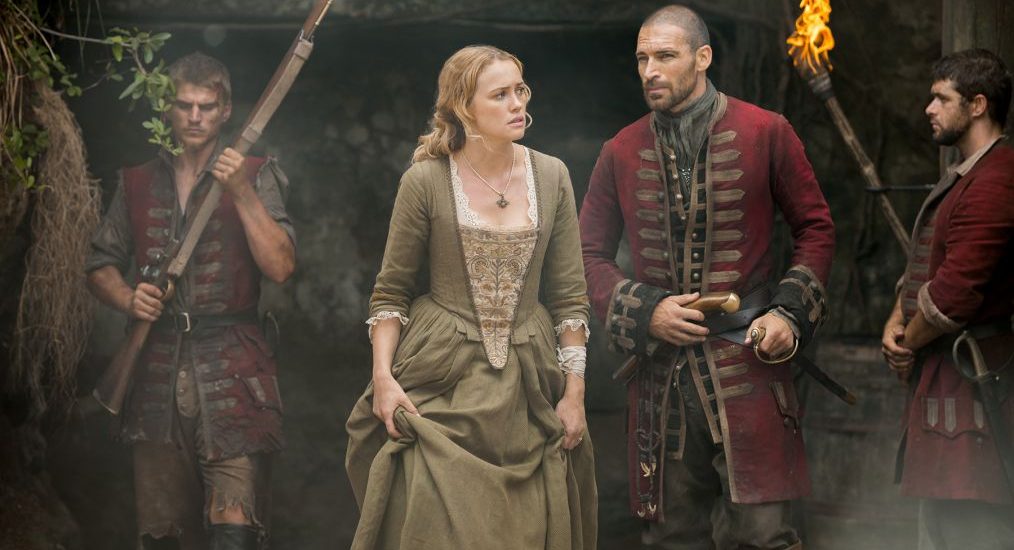 ‘Black Sails’ is an epic historical adventure drama that is developed as a prequel to Robert Louis Stevenson’s famous novel, Treasure Island. The pirate-centric series’ story unravels in New Providence Island and is set two decades before the events in the book. Created by Jonathan E. Steinberg and Robert Levine, it airs on Starz and originally debuted here on January 25, 2014. After its fourth season concluded in 2017, fans wanted to know if their favorite characters would continue their multiple quests across the high seas once again. In other words, will the show be renewed for another season? Well, here’s all we know about ‘Black Sails’ season 5.

Black Sails Cast: Who is in it?

Toby Stephens from ‘James Bond: Die Another Day’ and ‘Jane Eyre’ fame stars as Captain Flint aka James McGraw, captain of the Walrus and the Spanish Man O’ War. Hannah New (‘The Strain‘ and ‘The Time in Between’) plays Eleanor Guthrie, the owner of a saloon in Nassau. Luke Arnold stars as “Long” John Silver, a newly recruited cook, who later becomes the Walrus’ quartermaster and Spanish Man O’ War. Jessica Parker Kennedy is Max, a promiscuous prostitute, who progresses to be promoted as the brothel madame in Nassau.

Black Sails Plot: What is it about?

The plot of ‘Black Sails’ unfolds around 20 years before our familiar events take place in Treasure Island. It takes us to the Golden Age of Piracy and introduces us to Captain Flint, alongside several other pirate crews, battling to survive in the New Providence Island. Set in the early 1700s, ‘Black Sails’ transports viewers to an era when piracy is considered as a major threat to all forms of maritime activities. Hence, these sea voyagers are declared as enemies of mankind by all civilized nations. The pirates revert with their own doctrine — “war against the world.”

The story begins with pirate crews searching for the Spanish treasure galleon Urca de Lima. They manage to find it but it gets lost on the shores of Florida and remains under the watchful eyes of Spanish soldiers. Jack Rackham and his crew reclaim the gold and transport it to New Providence Island. Later episodes focus on the origins of Flint and the reasons because of which he turned to piracy in spite of being a navy officer and London gentleman in the past. Gradually, the events culminate in a war that seeks to determine who would gain control of New Providence — the pirates or the British Empire.

‘Black Sails’ is a raw, dirty historical drama, packed with violence, bare skin, and schemes. It even fictionalizes several real-life pirates, such as Jack Rackham, Anne Bonny, Charles Vane, Blackbeard, Ned Low and Benjamin Hornigold. The blood-soaked series, with lots of double-crossing and treasure hunting quests, is one of Starz’ most successful titles. Its first three seasons received viewerships of around 3.6 million for each episode. The show was also distributed in almost 200 countries, received 20 award nominations, and won two Emmys in 2014.

Black Sails Season 5 Release Date: When will it premiere?

Well, the news did not come as much of a surprise to fans because viewers were long aware that this was going to happen. Even the story arc made it pretty evident. Toward the end, we could see major plot lines being given satisfactory closures and primary characters being killed off. The show gets closer to the events of Treasure Island, with the treasure still being intact, new book characters getting introduced in the series, and references from the novel often appearing in the episodes.

Yes, sadly, there is no more ‘Black Sails’ for you. However, on a hopeful note, the season 4 finale does leave scope for certain spinoff ideas. Yes, the main characters do get their satisfactory endings but the concluding episode leaves us some hope that they would continue on to more adventures. For instance, we witness real-life pirate Mary Read toward the end, who jumps aboard to join Jack Rackham and Anne Bonny. So, it is very likely that there can be another story, centered around Rackham, Bonny, and Read. Hence, although there is no chance of ‘Black Sails’ season 5, the story might continue in some other form. We shall update this section as and when we learn more.

You can check out the official trailer for ‘Black Sails’ season 4 right below. Additionally, you can head to Starz if you wish to catch up on all the episodes from the series.