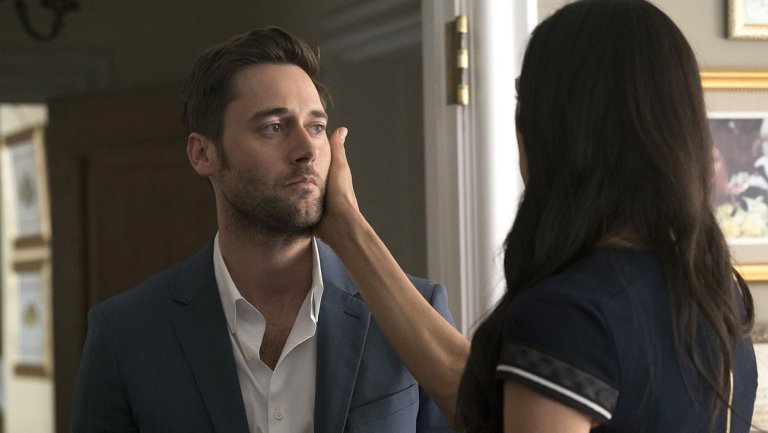 The recent years have seen a surge in various networks creating spin-off series out of their successful shows. NBC’s ‘The Blacklist’ has been around for six seasons now, still going strong. Its popularity gave the network the confidence to come up with a spin-off of its own. Jon Bokenkamp, who is credited as the creator of ‘The Blacklist’, was joined by John Eisendrath, Lucas Reiter and J. R. Orci in chalking out this new series. It took the character of Tom Keen, one of the duplicitous lot, and concentrated on his past, one of the things that been vaguely touched upon throughout the show.

Blacklist Redemption Cast: Who’s in It?

Famke Janssen stars as Susan Scott Hargrave. She is the head of a “covert mercenary organization” and is Tom’s mother. Janssen isn’t an unfamiliar face because she has appeared in a wide variety of films and TV shows, marking her presence in every genre. Her best-known role is that of Jean Grey in the early parts of the X-Men series. She has also appeared in ‘Taken’ series, ‘Golden Eye’, ‘Hansel and Gretel: Witch Hunters’ and ‘Once Upon A Time in Venice’. Her television credits include ‘Nip/Tuck’, ‘Hemlock Grove’ and ‘How to Get Away with Murder’.

Ryan Eggold reprises his role from ‘The Blacklist’ as Tom Keen, who is a mercenary himself and is Susan’s son. The list of Eggold’s credits includes names like ‘90210’, ‘The Young and the Restless’, ‘Entourage’, ‘Dirt’, ‘Sons of Liberty’ and ‘New Amsterdam’. He has also appeared in films like Spike Lee’s Academy Award-nominated film, ‘BlacKkKlansman’, ‘Literally, Right Before Aaron’, ‘Lovesong’, ‘Lucky Them’ and ‘The Single Moms Club’.

Edi Gathegi plays the role of Matias Solomon, who works for Susan’s organisation. Previously, he had also made an appearance in ‘The Blacklist’. Gathegi has exhibited his talents in a wide variety of roles. He has worked in films like ‘Gone Baby Gone’, ‘Twilight’ and its sequel ‘New Moon’, ‘X-Men: First Class’ and ‘My Bloody Valentine’. In TV, he has appeared in ‘Into the Badlands’, ‘House’, ‘StartUp’ and ‘Beauty and the Beast’.

Tawny Cypress plays another one of Susan’s employees, Nez Rowan. She has a long list of TV credits to her name. It includes titles like ‘House of Cards’, ‘Supergirl’, ‘Unforgettable’, ‘Rescue Me’, ‘Heroes’ and ‘K-Hill’. She has also worked in films like ‘Brooklyn’s Finest’, ‘Bella’ and ‘Autumn in New York’.

Adrian Martinez plays the role of a computer hacker, Dumont. Martinez has been a part of a lot of projects in more than a two-decades-long career. In television, he has appeared in ‘Inside Amy Schumer’, ‘Gotham’, ‘Deadbeat’, ‘A Gifted Man’, ‘Sex and the City’ and ‘Law and Order’.

Terry O’Quinn makes an appearance as Howard Hargrave, Susan’s husband and Tom’s father. You might recognise him from ‘Lost’, ‘The Stepfather’, ‘Alias’, ‘The West Wing’ and ‘Castle Rock’.

Blacklist Redemption Plot: What’s It About?

The penultimate episode of the third season of ‘The Blacklist’ served as a backdoor pilot for ‘Blacklist: Redemption’. In the episode, the team is still reeling from Liz’s death, while Reddington plans to exact revenge on the man held responsible for her it, Alexander Kirk. Liz and Tom’s daughter, Agnes, is under threat as Kirk is after her, and Susan Hargrave offers her assistance in killing Kirk because she, too, wants him dead. By the end of the episode, it is revealed that Susan is Tom’s mother but, according to Reddington, she doesn’t know about Tom, as her son is supposed to be dead. The objective of ‘Blacklist: Redemption’ was to create a similar dynamic between Tom and Susan as was between Liz and Red.

The story picks up with Tom travelling to New York, only to discover that his father, who was supposed to be dead is actually alive and well. He asks Tom to join his security firm that is now headed by Susan. A team, similar to the task force of ‘The Blacklist’ is assembled to solve cases where they have to run against time. Meanwhile, the relationship between Tom, Susan and Howard is explored, how much they do and don’t trust each other, which is further emphasised on by the fact that each of them has a well-kept secret that they wouldn’t want the others to know. The arc of the story traces everyone trying to get hold of another’s secret- especially Susan, who neither knows the farce behind Howard’s death neither the truth about her relationship with Tom.

Blacklist Redemption Season 2 Release Date: When will it premiere?

‘Blacklist: Redemption’ season 1 premiered on February 23, 2017. It received lukewarm reviews from critics who drew comparisons to its parent series, which was bound to happen. Turns out, no matter how many actors you get, you can’t fill the James Spader shaped hole in the story. There are several reasons for the success of ‘The Blacklist’- excellent writing, a collection of great actors, a plotline that is ready to surprise you with every turn and the long list of secrets between the characters that keeps everyone on their toes. But the glue that holds it all together is the charisma of James Spader as the elusive and enigmatic, Raymond Reddington.

Even though the cast consists of some very good actors, that charm lacked in ‘Blacklist: Redemption’. This is why the audience, too, didn’t respond to it as well as the showrunners had anticipated. Hence, the show has been canceled after season 1. Though, fans should not lose all their hopes. There’s still a possibility that some other network picks up the show. If that happens, we will update you about ‘Blacklist: Redemption’ season 2 release date.

Since the very first season, Tom Keen had been established as one of the characters about whom you have mixed feelings. Who is he really and what does he want? With every season, his true intentions were revealed one layer at a time. ‘Blacklist: Redemption’ offered another look at his personal world, someplace where Liz and Red wouldn’t steal away the limelight. You can watch his story, brought together in eight episodes, at NBC. Here is the trailer to give you a glimpse of what it entails.