Almost half the crowd that was interested in watching this anime included people who were really impressed by its source material. The manga was a great success and is still doing great. But the anime has been rather tricky and unlike the manga, it is not really a great piece right from the beginning. Only after covering a few volumes of the source material does the anime start taking a more promising road where it somewhere begins to reach the true potential. But then it ends once it gets a little interesting and a short span of just 12 episodes does not help. Most non-manga readers get the impression that this is yet another typical harem show but little do they know that the anime has only scratched the surface.

If you set aside the story of the anime for once and just focus on other aspects of it, the show has above-average production value and even its soundtracks are quite impressive. For a runtime of just 12 episodes, even the main characters receive a great deal of development. However, what could have been a deep, intelligent and artistic anime, eventually falls a little flat and comes off as your regular Ecchi Harem. Anyone who enjoys mindless fun with a lot of cute girls chasing one guy for no apparent reason, this one is a really good choice. But apart from being entertaining, there isn’t anything more to it.

For a show like this one, viewers cannot help but wonder how things would be if the anime had lived up to its full potential and how different all of it would be had it been exactly like the manga. ‘Blade Dance of the Elementalers’ definitely deserves a second chance for all the improvement that it starts to show somewhere around the end of Season 1. It seems like most people would dismiss it now because of all the below average reviews it got; but at least people who have read the manga should give this one a shot. A season two, however, could be a major game changer for this one and we might have some news regarding a renewed version of the show in the next section.

Blade Dance of the Elementalers Season 2 Release Date: When will it premiere?

‘Blade Dance of the Elementalers’ Season 1 released on July 14, 2014 and came to an end on September 29, 2014, featuring a total of 12 episodes. As most manga readers say, the source material gets much better after the events of the first season. But sadly, the sales of the anime have been subpar and it just hasn’t been able to promote the sales of the manga either. So as much as we would all love to have a whole new season, getting our hopes up high is definitely not a good idea in this case. At this point, ‘Blade Dance of the Elementalers’ Season 2 release date of 2021 or 2022 seems like a distant dream. If you’re still curious about what happens next in the story, you can start reading the manga, which has been translated to 13 different versions.

You can watch ‘Blade Dance of the Elementalers’ on Crunchyroll, Hulu, AnimeLab, and HiDive with its original Japanese audio and English subtitles.

Blade Dance of the Elementalers Plot:

The Areishia Spirit Academy is a very prestigious institute where young girls train to be elemantalists. They meet spirits and try to make slave contracts with them in order to compete in a battle against one another. At this point in time, the competition is only for the female students and no one else is allowed to compete in the event.

However, all of this changes when a young ordinary boy, who is good at absolutely nothing, is able to form a slave contract with a spirit for the first time in the past 1000 years. He does this by stealing it from a shrine princess named Claire Rouge. After this, the Headmaster of the school, Greyworth, comes to know about this new Elementalist and summons him. She then forces him to participate in the tournament where all the girls of the school will be battling against each other. Now with Claire behind him complaining about how he took over her spirit and the pressure for the tournament building up, will he be able to survive in this new found world of magic and fantasy?

Blade Dance of the Elementalers Characters: 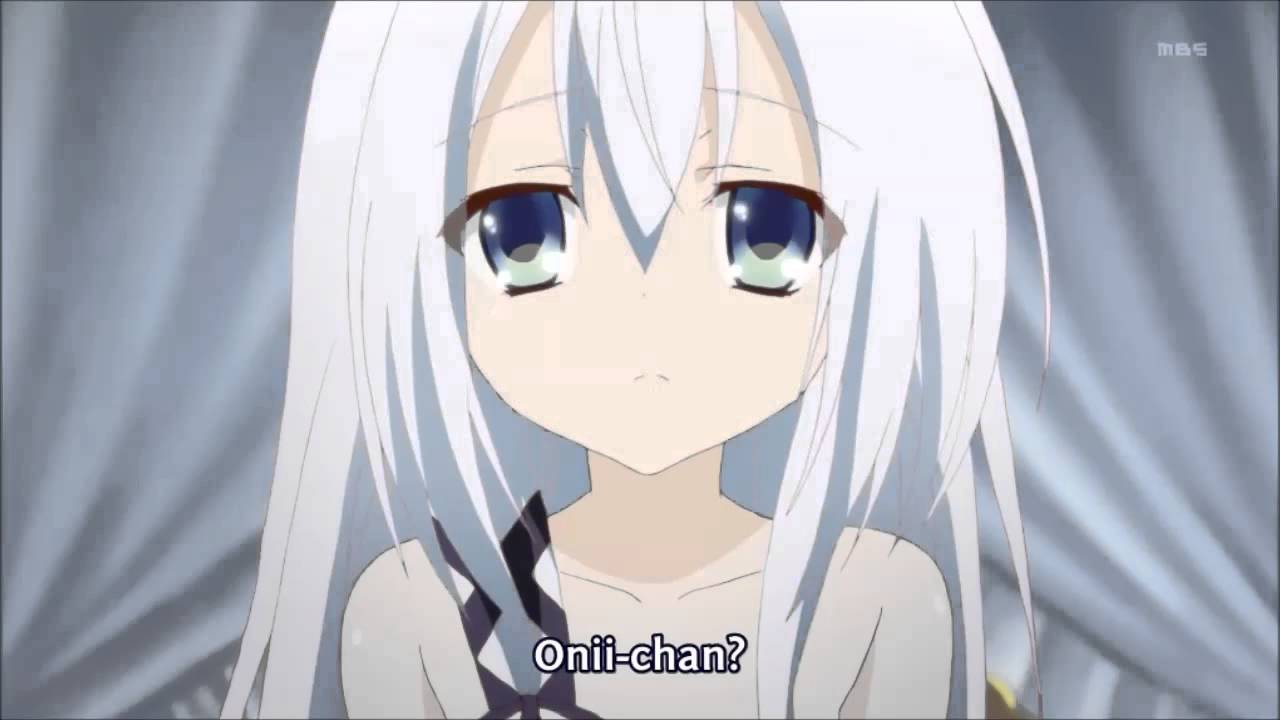 Est is one of the main secondary characters of the show who is one of Kamito’s contracted spirits. She is a very powerful sword spirit and also exists in a human form. In her normal human form, she has white flowing hair and an expressionless face with violet eyes. It is said that Est was once a very powerful spirit who had rejected all the masters who wanted to claim her as their slave. She later picked up a 14-year-old girl named Areishia Idriss as her master even after knowing that she has no Elementalist heritage. Initially, she is believed to be a sacred sword but later it is revealed that she is actually a demonic sword and when she offers immense power to her owner, she indirectly takes a lot in return. 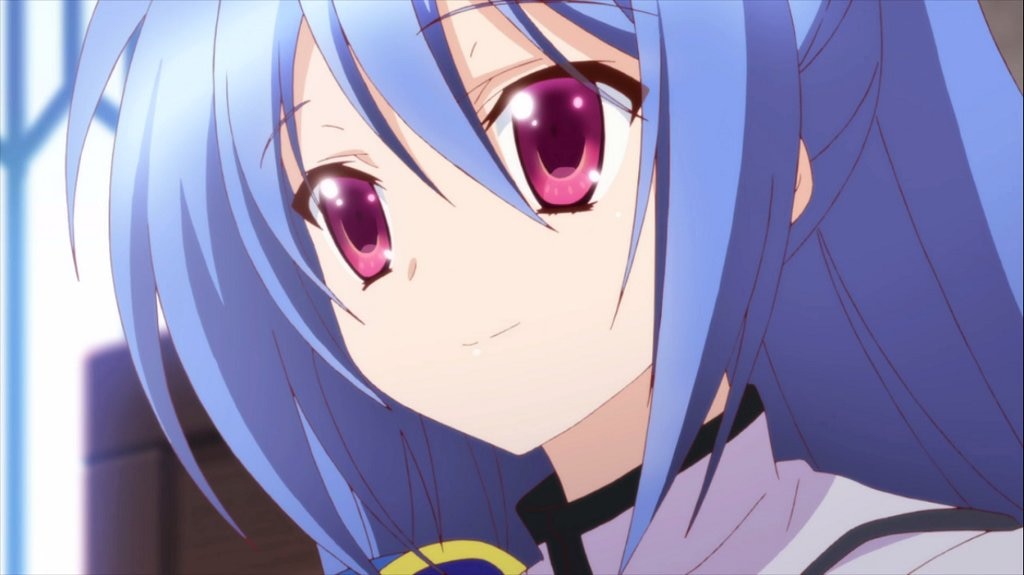 Ellis is one of the main Elementalists of the show who is contracted with the wind spirit. She has stunning blue hair that touches her waist and her eyes are rose red. She is a very serious and brave girl who never gives up on the things she sets her eyes on. Her personality is very straight forward and she is more or less of an open book. This reflects on her swordsmanship as well, which is rigid and raw. She later falls in love with Kamito and often blushes when she thinks about him. She even dresses up in weird outfits to impress Kamito and also gets influenced by him quite easily. 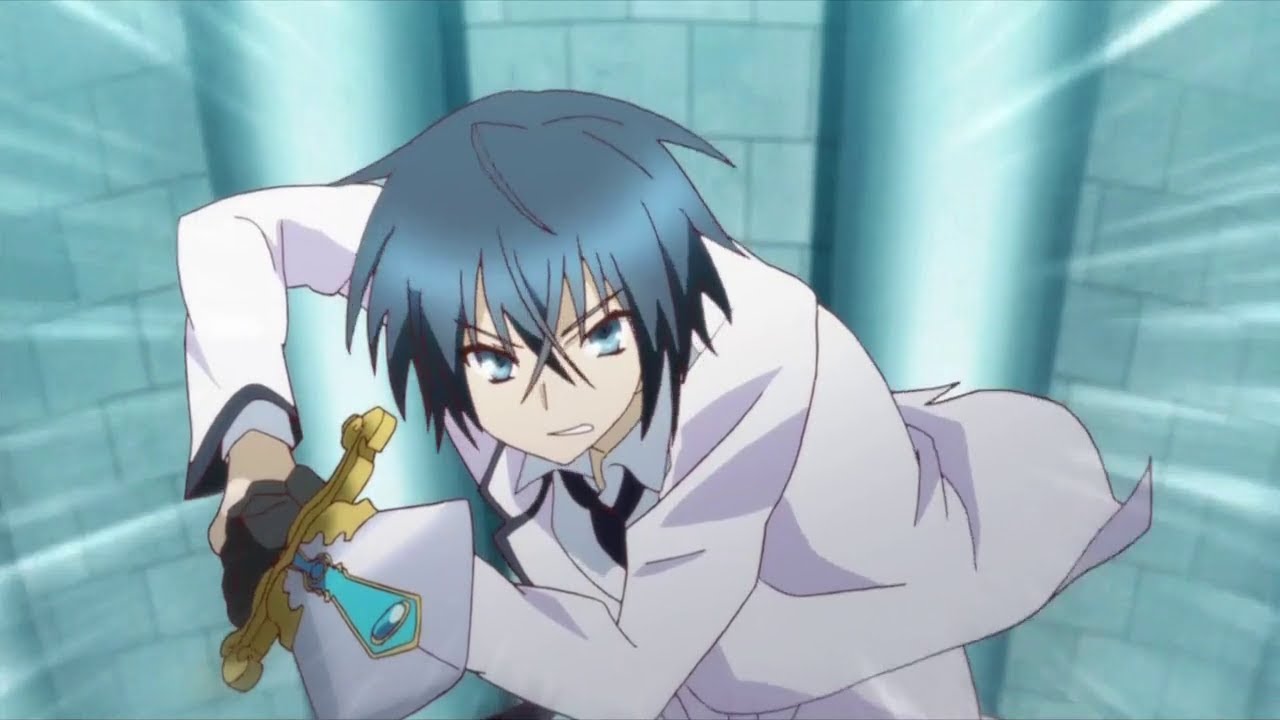 Kamito is the main protagonist of the show who is the only male Elementalist amongst all other girls. On the order of the headmistress of the Areishia Spirit Academy, he is forced to participate in the Blade Dance tournament to compete with others like him. During his younger days, he was very short and in female clothing, he would just blend in with all the women around him. But in the present time, he is taller and also has shorter hair which makes him look more like a boy. In fact, now, he also gets a lot of female attention, especially from Ellis. 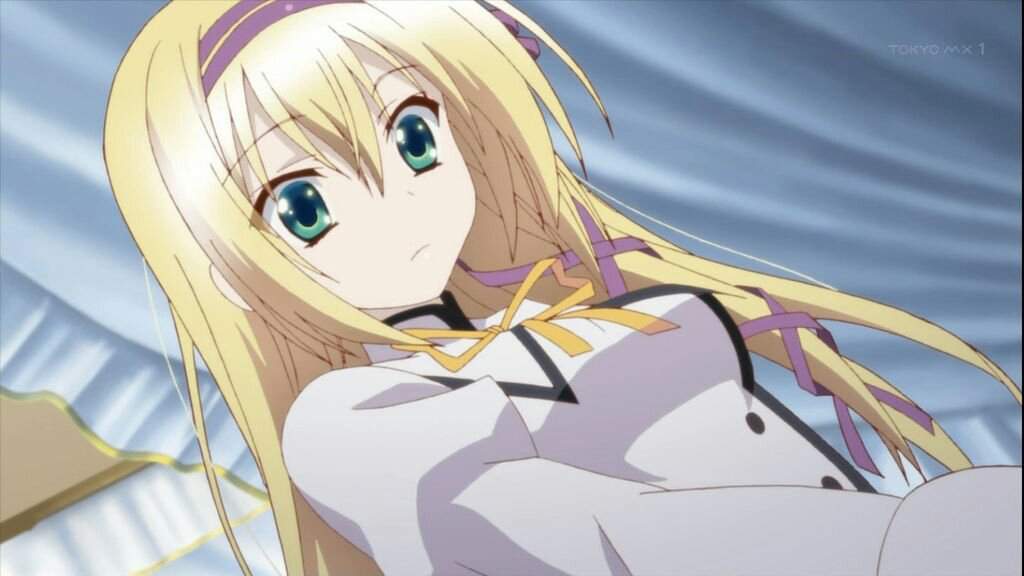 Rinslet is one of the main female characters of the anime who is the eldest daughter of Margrave Laurenfrost. She is Claire’s childhood friend and also claims to be her strongest rival. She is a beautiful young lady who has light skin, emerald green eyes, and long blond hair. She can be really full of herself at times and holds immense pride in her luxurious possessions. But despite this, she really cares for her friends, especially when it comes to Claire. Even when Claire loses everything, she stays by her side and tries to help her in every possible way. Initially, she wanted to make Kamito her slave just to make Claire angry. But after she meets him and realizes how kind he is, she falls in love with him and tries to steal him from her best friend. 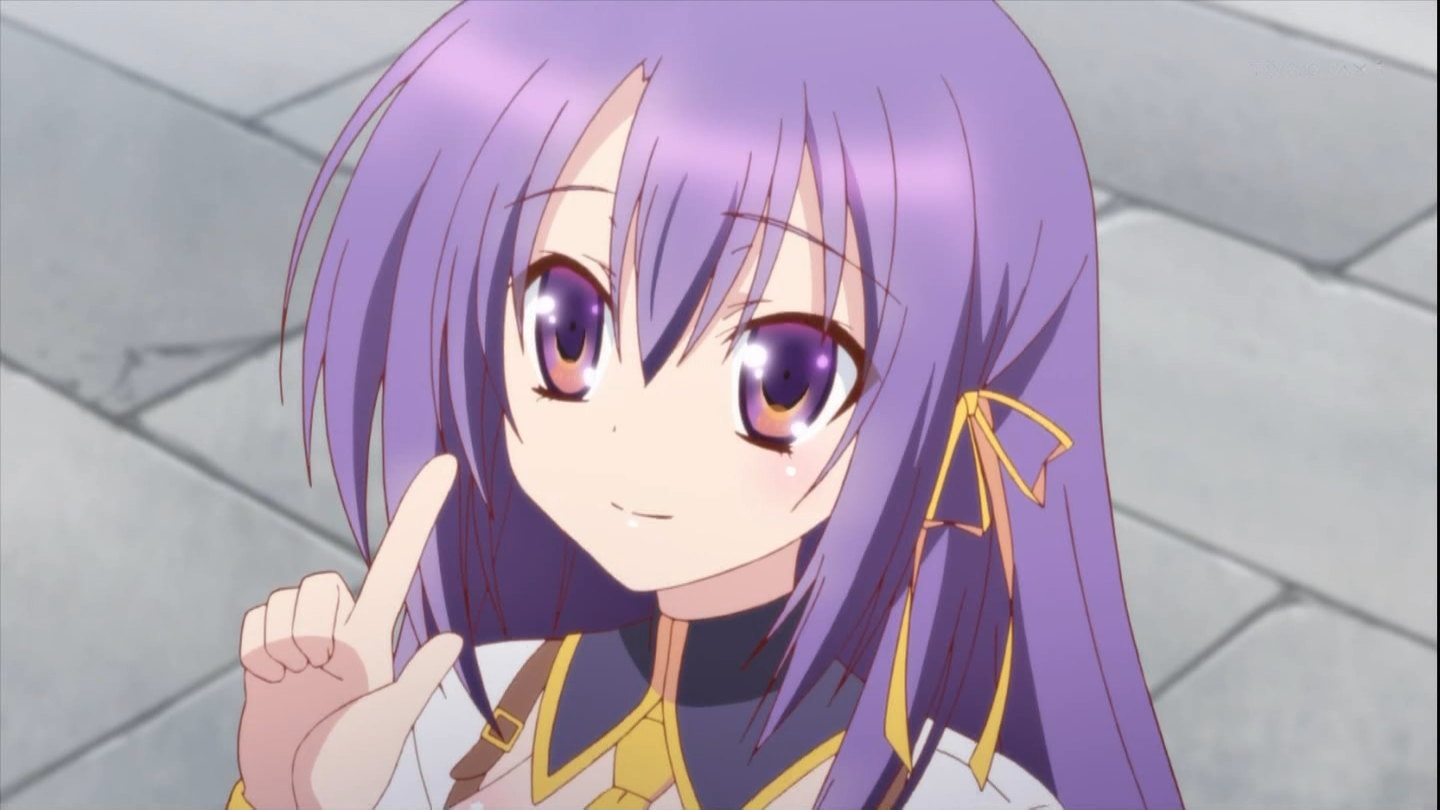 Fianna Ray Ordesia is the second princess of the Ordesia Royal Family who has been labeled as the “Lost Queen”. Determined to get her to bring back her honor, she joins the Blade Dance tournament and represents Team Scarlet. She is a really cute young girl with long attractive purple hair and eyes of the same color. She has a normal figure for her age but she still tries to use pads just to seduce Kamito. She has a very playful nature and really enjoys teasing Kamito from the beginning itself. But she hates it when she is teased by someone and is always very naive about everything around her. 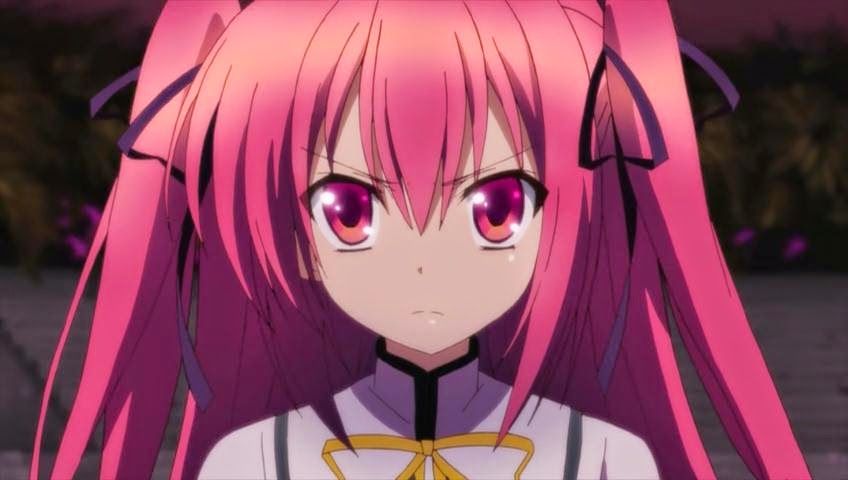 Claire is the first girl Kamito meets at the Academy. She has a really dark past that forces her to join the Academy to hide her true identity. She is the leader of “Team Scarlet” and is determined to win the “Blade Dance” to find out the truth behind her sister’s actions. Though her dark past reflects on her face and on her personality, she is considered to be exceptionally beautiful with her long pink hair and ruby eyes. Rinslet and Claire spend a lot of time together and are often seen as close friends. But from their conversations, it seems like they are rivals. Rinslet often makes fun of her flat chest to win an argument with her and this does bother her a lot because it is one of her biggest insecurities.