She appeared in the film adaptation of the novel of the same name, ‘The Sisterhood of the Traveling Pants’, in 2005, as Bridget, one of the four female leads. Her performance in the film earned her a nomination for a Teen Choice Award for Choice Movie Breakout – Female. In 2006, she co-starred with Justin Long in ‘Accepted’, and had minor roles in the horror film, ‘Simon Says’. In 2007, she played one of the two title characters in ‘Elvis and Anabelle’ as Anabelle, a bulimic girl who hoped to win a beauty pageant.

She was cast in The CW’s series ‘Gossip Girl’, based on the novel series of the same name by Cecily von Ziegesar, which premiered in September 2007. She played the role of Serena van der Woodsen in the teen drama until 2012 when the show ended. Her first magazine cover was the November 2007 issue of ‘Cosmo Girl’, where she discussed her time in high school and her career prior to ‘Gossip Girl’.

In 2008, she reprised her role as Bridget in the sequel ‘The Sisterhood of the Traveling Pants 2’. Similarly to the first film, her performance was positively received by critics. In 2009, she appeared as Gabrielle DiMarco in the romantic comedy ‘New York, I Love You’, a sequel to the 2006 film ‘Paris, je t’aime’. Despite positive critical reception, the film failed at the box office.

One of her most acclaimed roles to date is her supporting role as the younger version of the title character in ‘The Private Lives of Pippa Lee’ in 2009. In October 2009 she began filming her scenes for her role as Kristina “Kris” Coughlin in the 2010 film ‘The Town’, based on Chuck Hogan’s novel ‘Prince of Thieves’. The film, which was directed by and starred Ben Affleck, was released in the United States on September 17, 2010. She played Carol Ferris, the female lead and love interest of Hal Jordan in the superhero film ‘Green Lantern’, which was released in June 2011.

In 2012, she starred in Oliver Stone’s ‘Savages’ alongside Taylor Kitsch, Aaron Johnson, Salma Hayek, and John Travolta. She replaced Jennifer Lawrence as Ophelia after the latter dropped out to do ‘The Hunger Games‘. She starred in the film ‘The Age of Adaline’ in 2015, opposite Michiel Huisman and Harrison Ford, playing a woman who “stops aging after recovering from a near-fatal accident.” In 2016, she starred in the survival horror film ‘The Shallows’. It received mostly positive reviews and her performance was praised by critics. In 2018, she starred in the mystery-thriller ‘A Simple Favor’, alongside Anna Kendrick and Henry Golding, and directed by Paul Feig. The film was released on September 14 and her performance was acclaimed.

At this point, the question that might be circling your mind is what is the next Blake Lively movie? Well, the good news is that we have a clear answer to that question. Here’s the list of upcoming Blake Lively films scheduled to release in the near future. We can only hope that the latest Blake Lively movies would be as good as some of her recent ones.

‘The Rhythm Section’ is an upcoming British-American action thriller film directed by Reed Morano and written by Mark Burnell and based on his novel of the same name. The film stars Blake Lively and Jude Law. On August 16, 2017, it was reported that Paramount Pictures had acquired the rights to the film.

Principal photography on the film began in December 2017 in Dublin, Ireland. In July 2018 the film was shot in Almería with Jude Law and Blake Lively. It is slated to be released on January 31, 2020. 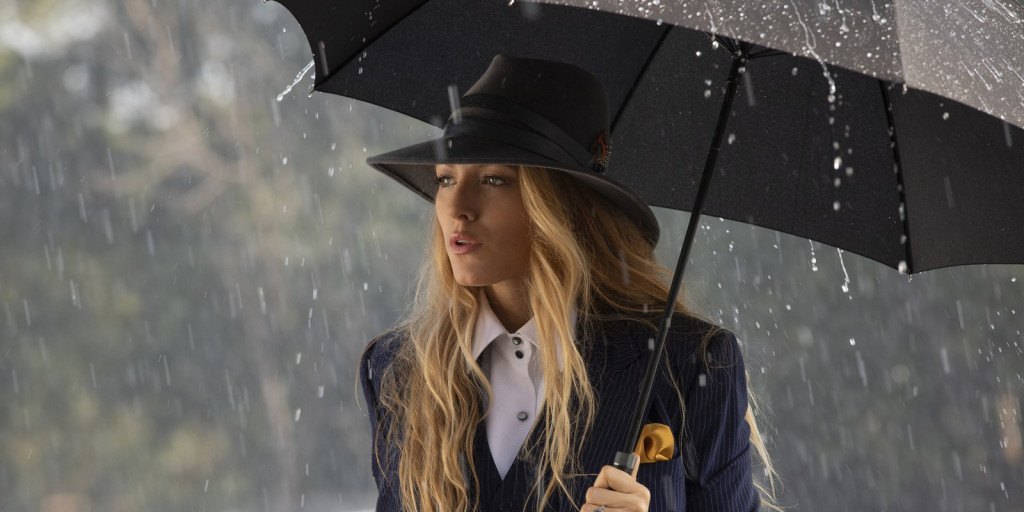 Blake Lively is set to star in CBS Films’ thriller ‘The Husband’s Secret’. She will also executive produce the film, with Chris Weitz, Paul Weitz, and Andrew Miano producing via their Depth of Field production company.

Based on ‘Big Little Lies’ author Liane Moriarty’s novel, the story follows the lives of three women all come crumbling down after one of the women discovers a secret letter written by her husband. It is the story of a wife, mother, and chronic perfectionist who inadvertently discovers that her husband has been keeping a secret from her for years, a secret that leads her to realize that her life is built on a foundation of lies and murder.