Bless This Mess S2 E11: Everything We Know 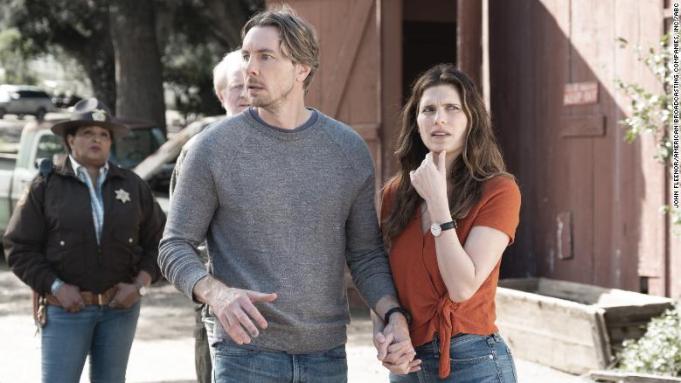 Bless This Mess, ABC’s single-camera sitcom revolves around two hippie New Yorkers, Rio and Mike, who shift to rural Nebraska with a goal to ditch the crazy city life. But well, owning and managing a farm is not easy. In fact, the simple life is never really simple. But this very adorable couple manages to make the best of what they have while trying to mingle with their neighbors and deal with their new life after marriage.

Season 2, which premiered on September 24, 2019, manages to bring those warm doses of laughter that we had got so used to during this hit show’s inaugural run. After airing for nine episodes, the series went on a mid-term break. After a prolonged wait, it returned once again, this week on January 21, 2020. Fans who were impatiently anticipating the show’s comeback wasted no time in catching up on the latest episode, i.e episode 10. And they are excited to know what’s in store for them in the next week. Well, read on to know everything about ‘Bless This Mess’ season 2 episode 11.

Bless This Mess Season 2 Episode 11 Release Date: When Will It Premiere?

The official synopsis for the eleventh episode goes like this: “Rio is bummed she can’t afford to go to Iceland for her best friend’s wedding, so the nuptials are moved and brought to the farm; Rio is forced to take on Deb’s mail route after she quits; Mike and Jacob help Rudy get over Constance.”

Where to Watch Bless This Mess Season 2 Episode 11 Online?

You can watch the latest episodes at the same time they are released on ABC by tuning in to your tv screens with a cable subscription at the above time slot.

Bless This Mess is all about the multiple problems that often creep up when Rio and Mike just want to have a quiet life for themselves. Take, for example, in the ninth episode that aired in December 2019, the couple simply wants to spend some alone time together over Christmas. But out of nowhere, Constance’s unpleasant mother Belle pops up.

Rio and Mike, despite their reservations, are forced to act as hosts. On the other hand, Rudy ends up lying to save her relationship while Beau meets up with Kay and Jacob for Christmas celebrations. Beau tries everything to help his wife so that the latter can trust him to be more responsible.

Jacob unwittingly sees his parents making out and chooses to hide in Rio and Mike’s barn. With all the ongoing drama, Mike advises Constance to stand up to Belle for Rudy’s sake. Meanwhile, Rio is able to convince Kay and Beau to reconcile with their son. Finally, all of them have a family Christmas dinner.

Episode 10, titled ‘Bad Seed’ is about the couple deciding on which seeds they should sow on their farm. Rio, for the concerned woman that she is, tries to mend Beau and Kay’s relationship. But she is faced with an incident, that to say the least, is awkward! Finally, Jacob observes Constance for his school project, which ends up turning Rudy nervous.