When Does Blindspot Season 5 Come Out? 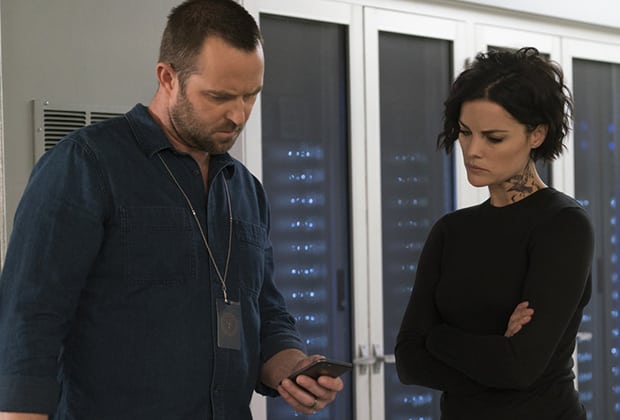 ‘Blindspot’ is an American crime drama television series that airs on NBC in the US, on CTV in Canada, on Sky Living in the UK, and on Seven Network in Australia. Created by Martin Gero, the show follows the journey of a mysterious tattooed woman with no memory as she works with the FBI to try and uncover her identity.

Season 1 of ‘Blindspot’ made its way to viewers’ screens on September 21, 2015. It received mixed reviews from television critics but positive feedback from audiences, thus prompting NBC to renew it for a second season. Season 2 subsequently premiered on September 14, 2016, and was followed by the premieres of Season 3 and Season 4 in October 2017 and October 2018 respectively. Much to the delight of fans, it was renewed for a fifth edition as well. Here’s everything we know about ‘Blindspot’ season 5.

Blindspot Season 5 Release Date: When Will it Premiere?

Given the fact that ‘Blindspot’ had seen four seasons of more than 20 episodes each, and enjoys considerable popularity among viewers and television critics, most people were expecting the show to be renewed for a fifth season. In late-April 2019, NBC deferred airing the last three episodes of ‘Blindspot’ Season 4, and instead allotted the time-slot to ‘The Blacklist’ until May 17. This, unsurprisingly caused panic among fans, who had taken it to be an indication of the show’s impending cancellation.

Blindspot Season 5 Cast: Who Can be in it?

‘Blindspot’ is a character-driven crime drama, and consequently, it has a long list of cast members who play important characters in the show.

Jaimie Alexander plays one of the main characters, Remi “Jane Doe” Briggs, who is found unconscious and devoid of her memory in Times Square. Subsequently, the FBI takes Remi into protective custody and they work with her to understand the coded tattoos on her body and try and uncover her true identity. Although devoid of conscious memory, Jane has occasional flashbacks into her life, which help in the search for her true identity.

Sullivan Stapleton, meanwhile, steps into the shoes of Kurt Weller, an FBI Special Agent at the bureau’s New York Field Office. When Jane is discovered unconscious in Times Square, Kurt recognizes her as his missing childhood friend and helps Jane in her search for her true identity. Later in the show, Kurt and Jane end up marrying. Rob Brown plays the role of FBI Special Agent Edgar Reade, who is part of Kurt’s team and helps him and Jane get to the bottom of several mysteries surrounding Jane’s coded tattoos. Audrey Esparza plays another member of Kurt’s team, FBI Special Agent Natasha “Tasha” Zapata, who later leaves the FBI to join the CIA.

In the fifth season, we expect most of the main cast members to make comebacks. Julee Cerda is joining the cast in a recurring role. If any more additions are announced, we’ll be sure to update this section to reflect the same.

Blindspot Season 5 Plot: What Can it be About?

As far as the plot of ‘Blindspot’ is concerned, it’s a bit like Christopher Nolan’s ‘Memento‘ (2000), but with a completely new spin.

The show starts off when an unidentified, tattooed woman is found naked, unconscious, and devoid of memory in Times Square (hence the name, “Jane Doe”). After she is discovered, the FBI takes her into protective custody, and it soon emerges that the tattoos on her body contain clues to crimes, thereby making Jane’s body an intricate web of mysteries that need to be solved. As Jane, Kurt, and other FBI agents delve into the mystery to uncover Jane’s true identity and start solving crimes based on the clues the tattoos provide, they soon realize that the mysteries go very deep, comprising a conspiracy of massive proportions.

Season 4 ends on a massive cliffhanger. Jane, Weller, and the FBI team are falsely charged with a scheme called Project Helios. The crime had actually been orchestrated by the Big Bad, Madeline Burke. The team hides in a remote cabin and Burke orders an airstrike, with Reade, Zapata, Weller, and Patterson still being inside. Jane escapes but we don’t know who dies after the blast. Season 5 will take up the story from here and follow the remaining members as they get together to put an end to the incoming threats, once and for all.

Check out the promo for season 5 below: