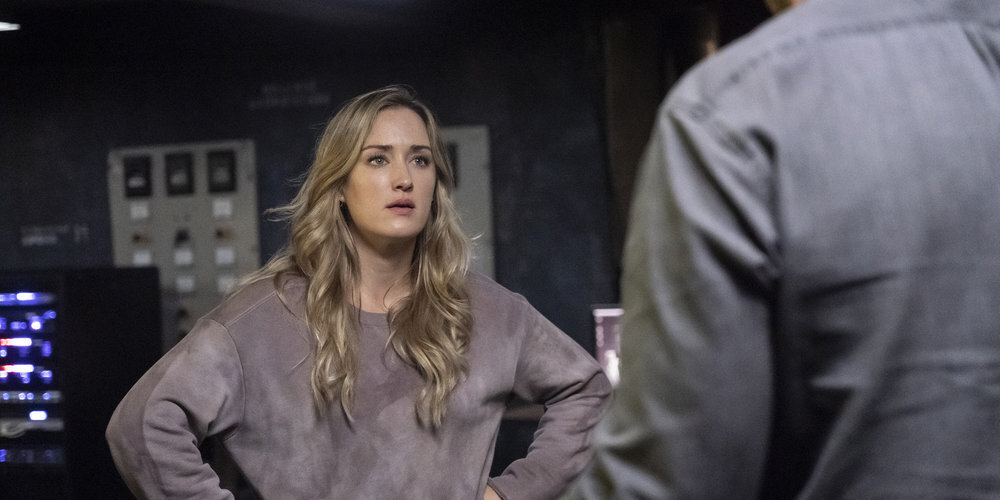 ‘Blindspot’ season 5 is going super strong on the action and drama. The latest episode makes it very clear that Jane and the rest of the gang need to pull their socks if they wish to gain the upper hand over Madeline. If we look at the current scenario, Madeline is way ahead of them, and it doesn’t look like she is going to stop anytime soon. In ‘Existential Ennui,’ the team receives another clue from their well-wisher, which takes them to World Apex Industries. After their plan goes kaput, Jane captures one of Madeline’s terrorists.

Before he could hurt them all, Jane shoots him, and the team retrieves a memory card from under his skin, which gives them an idea about Madeline’s upcoming mission. The team learns that Madeline has been planning a chemical gas attack on the city, which is probably why she has recruited those mercenaries. At the headquarters, Madeline puts the fear of God into Matthew by killing Brianna right in front of his eyes, for helping the agents. She also warns him that she won’t bat an eye while executing him the same way if he ever goes against her. Rattled to his core, Matthew tells Afreen that he fears for his life and, therefore, can’t help the team further, and she shouldn’t either. Read on to know what happens in ‘Blindspot’ season 5 episode 4!

The upcoming episode is titled ‘And My Axe.’

The team is suffering from the aftermath of the drone strike. Since the unfortunate incident, Madeline has been putting them through unspeakable mental torture. After she froze during their recent raid, Zapata no longer trusts herself and fears her presence might risk the team’s safety. Kurt is desperate to meet his daughter again, and the back to back setbacks is causing him to lose his mind.

Jane is having constant nightmares about how Madeline might succeed in snatching all the happiness and people that she holds dear in her life. Rich is somewhat the most stable of the lot, for now, having gone through hell when Madeline’s men abducted him. If the team doesn’t pull it together, they actually might lose everything. In the upcoming episode, the team might map out a plan to stop Madeline from deploying the chemical bomb. The team might have to visit their past to decipher details that might help them in their mission.

Zapata has suffered an emotional blow at the beginning of the season, with Reade’s unfortunate death at the cabin in the woods. In the next episode, her condition might further deteriorate as she might start having hallucinations about Reade. Also, Weller might receive a concerning update about his daughter’s health. There is a chance that the mental conditions of the members might endanger their mission.