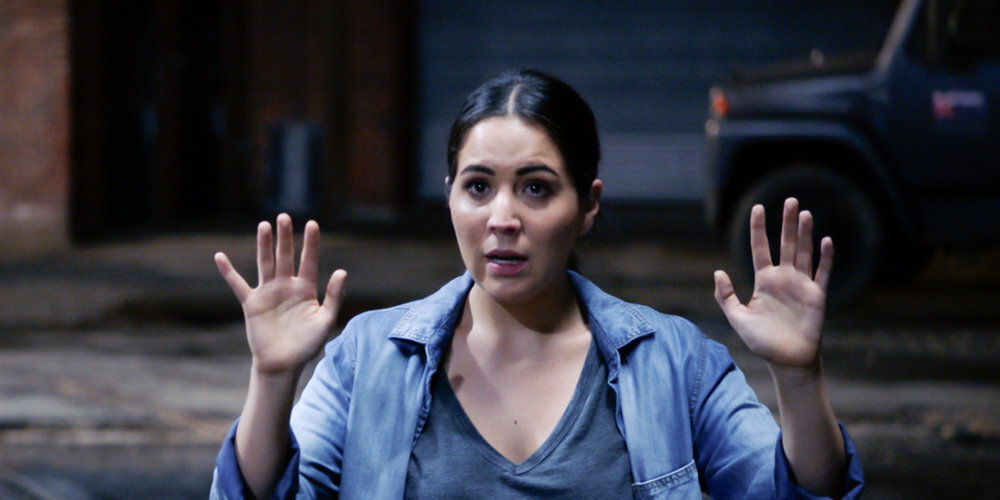 The fifth and final season of ‘Blindspot’ is laced with multiple twists, emotional deaths, and a shed-load of drama as the agents try to clear their names after being framed by the notorious Madeline Burke. In the latest episode, the team is forced to perform an urgent surgery on Jane as she starts bleeding profusely from the bullet wound and is even unable to walk. Unaware of actual medical procedures, the team works with whatever knowledge they possess and after a few hits and misses, they succeed. Unfortunately, Rich has to rush out to get blood for Jane as Zapata reveals she can’t donate because of her pregnancy.

At the last moment, Rich manages to get blood from someone he knows. Meanwhile, Dabbur Zann terror group’s member Ivy Sands kidnaps Weller and injects him with a hallucinogenic. After initial resistance, Weller succumbs to the emotional torture inflicted by the drug, and reveals to Ivy, that the team is hidden in a European bunker. Zapata finds Weller in a field where he confesses that he kept stalling Ivy so that the team could get out of the bunker before Ivy’s men get to them. The team reunites but the celebration is short-lived as some men come knocking at their hideout, demanding the repayment of a debt. In case you are wondering what happens in the upcoming episode? Here’s everything you need to know about ‘Blindspot’ season 5 episode 6!

Icy Ice Cream is back! The next episode will bring back one of Rich’s dark-web pals from Iceland, Ice Cream who is hungry for some paintings. It will pick up from the scene where the team pulls out their guns only to be stopped by the Icelandic fixer who informs them that the device linked to the hearts of him and his men would go off and reveal their location in case they end up dead. He will have one question for the team: “Where are the paintings that I was promised?” In case you remember, back in season 4, we have seen how Ice Cream promises to help the team get a clear passage to the safe house but actually betrays them. Well, he is back to collect his debt – paintings!

Well, before you scoff at “paintings,” let me clarify that these are not some regular paintings the team will be dealing with. Ice cream will put the team between a rock and a hard place where they might be left with no option but to get him the stolen Gardner paintings from the museum, even if it means risking the safety of all the agents. We can expect the team to go undercover – Jane and Weller as janitors, Patterson as a nun, and Rich as a pastor – and break into a museum to recover the paintings at the behest of the human screwball. It might put them at extreme risk of being spotted by Madeline’s ruthless men and endanger their lives but we know they will be able to pull it off!