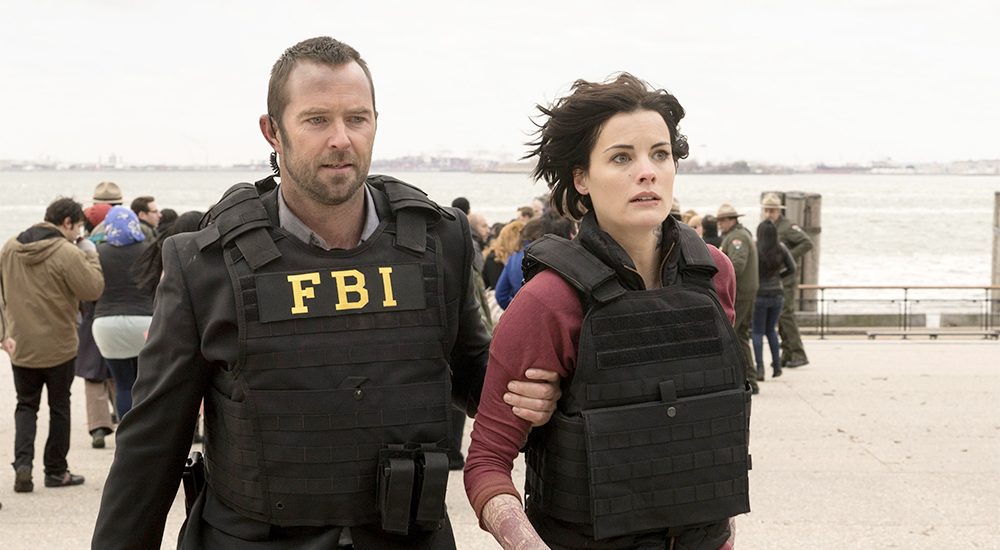 ‘Blindspot’ is a crime drama series that chronicles the life of a mysterious woman who is found by the FBI, naked, afraid and amnesiac, in a duffel bag at Times Square. Unaware of her identity, the FBI refers to her as Jane Doe and begins an investigation using the tattoos that cover her entire body as clues in the hopes of discovering her true identity. Created by Canadian screenwriter Martin Gero, the mystery thriller series first premiered on September 21, 2015.

Upon its release, the show amassed critical acclaim for its intriguing central premise, fast-paced action scenes, and the compelling performances by the main cast members, especially the lead actor, Jamie Alexander. It ranked amongst the top-rated shows on television, which paved the way for the show to span five lucrative seasons. Over the years, it continued to gather a strong upscale audience and score steady ratings. Despite that, NBC decided to pull the plug on the show after the fifth season. In case you’re wondering: why was it canceled, and will there ever be a ‘Blindspot’ season 6? We have got you covered.

‘Blindspot’ season 5 premiered on May 7, 2020, and concluded its run on July 23, 2020, after airing 11 hour-long episodes, instead of the usual 22 or 23. You can watch all the episodes on NBC. As far as the possibility of a sixth season is concerned, here’s what we know.

On May 10, 2019, the network renewed the crime drama, adding that fifth season would be its last. Well, if you are looking for the reason behind its cancellation, we are pleased to inform you that the show’s creator Martin Gero took to Instagram to reveal that the show was supposed to have a five-season run, since the beginning. Along with sharing the teaser of the final season, Gero wrote a heartfelt caption wherein he expressed his gratitude for the incredible creative crew, cast, the network, and all the fans around the globe. Check it out!

“We’re in this together. All of us.” In 2014 I sketched out a five season plan for the show. I am beyond grateful that we will be able to properly finish telling this giant, sprawling story. Thank you to our amazing partners at @nbc, the incredible team at @warnerbrostv, our cast, our writers, our crew and most importantly YOU. Thank you. We do this for the fans. More coming soon. #100episodes #Blindspot

In a conversation with Collider, Gero talked about how the character arc comes full circle in the series finale, and all loose ends are tied up to give the fans a close-ended and satisfying ending.

“When you come up with a five-season plan, in year one, the level of detail gets pretty hazy, the further out you go. But what’s so incredible about making a TV show is that it’s the most communal group activity that you can do. It’s no single person’s show,” Gero said. “So, yes, we had an idea for what the season would be, but it’s so far exceeded, in execution, our hopes. This last season is just an incredible celebration of the show and its fans, and I’m incredibly proud of the work everyone did.”

Ennis Esmer, who plays the maverick hacker Rich Dot Com on the show, shared a behind-the-scenes picture of the crew having fun on the set, during the filming of the final season.

For the record, the photo *I* was posing for turned out perfect. #Repost @joshingtron ・・・ Check out how little fun we have on @nbcblindspot TONIGHT!!! WILL @ennisesmer EVER LEARN HOW POSING FOR PICTURES WORKS!? TUNE IN TONIGHT!!!

How can we talk about the series finale and not mention Matthew Weitz, who changes the game in the finale? Here’s a goodbye post shared by Aaron Abrams, the terrific actor who essays the character on the show! Cue the tears.

THANK YOU to @nbcblindspot for letting me wear this suit and push people around for five seasons. THANK YOU to the writers, producers, directors and cast who let me get away with murder, both character wise and acting wise, and especially for letting me milk my death scene for a solid six minutes. And the hugest THANK YOU to the #Blindspot fans. For being the greatest and the bestest and for the unbelievable amount of lovely messages I’ve received since last night. It was always you who was the Lebron. ♥️♥️♥️

Unfortunately, ‘Blindspot’ season 6 is officially canceled. Of course, it is disheartening to say goodbye to the amazing characters you have been watching and loving since 2015. But like all good things, this too must come to an end. If it is any consolation, you can at least be glad that the show didn’t overstay its welcome and ended on its own terms, offering the audience a conclusive ending.

As for whether it can come back in the future, what if the creator comes up with a spin-off revolving around the adventures of Rich Dot Com and Patterson? Now, that would be great! Well, chances are few but in the magical world of television, anything is possible. Until any further development, you can watch re-runs of your favorite show to fill the void.