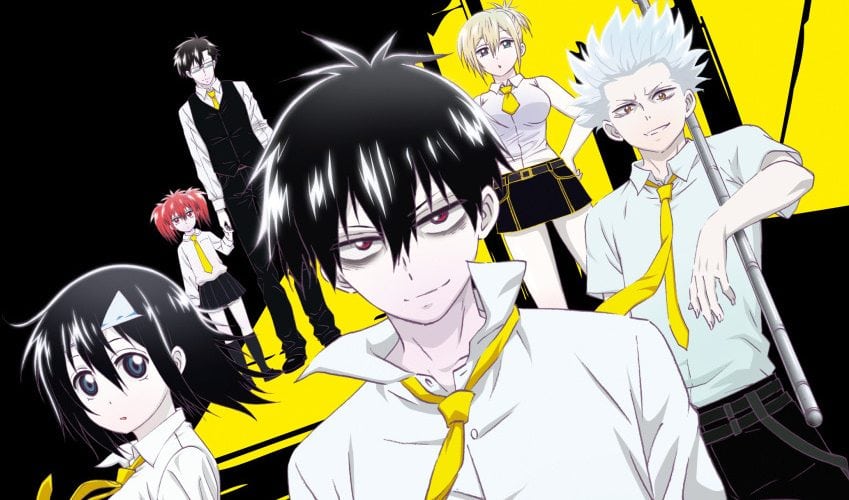 The show immediately made quite a name for itself among fans of the manga series and among new viewers. Subsequently, an original video animation (OVA) episode was released on December 4, 2013, and since then, fans have been waiting to hear news on a second season. Here’s everything we know about the prospects of Blood Lad Season 2.

Blood Lad Season 2 Release Date: When will it premiere?

Blood Lad season 1 premiered on July 8, 2013, and ran till September 9 of the same year. Months after Season 1 finished airing, an OVA episode, titled Blood Lad: Wagahai wa Neko de wa Nai, was released on December 3, 2013. Although six years have elapsed since then, there’s still no confirmation of a second season.

If you’re a fan of the show, then this is bound to be disheartening. Anime shows are usually renewed within a period of five years and given the fact that six years have elapsed, the chances of a second season materializing does not look too bright. However, nothing can be said for certain till an official announcement on the future of the show is made. As soon as we come to know about Blood Lad Season 2 release date, we will update this section.

You can find the English Dub of ‘Blood Lad’ on Amazon Prime and VizMedia.

As the name of the show suggests, Blood Lad is a show on vampires and it revolves around a powerful vampire called Staz Charlie Blood who rules the Eastern District of the demon world. While Staz is feared and revered for being one of the most powerful district bosses in the demon world, he has a secret. Despite Staz’s fearsome appearance and attitude, he is secretly obsessed with human culture, and enthusiastically soaks in video games, manga series, and pretty much any cultural production which comes out of Japan. Being the least interested in the consumption of human blood, Staz leaves the day-to-day management of his district to his underlings, and spends most of his days lazing around, playing video games, and reading manga.

However, Staz’s self-indulgent lifestyle undergoes a drastic change when a young Japanese girl called Fuyumi Yanagi accidentally wanders through a portal and lands up in the demon world. When word of Fuyumi’s arrival reaches Staz’s ears, he is overjoyed at getting the opportunity to directly interact with a human and arranges a meeting with the girl. However, Staz’s first meeting with Fuyumi is cut short when a demon challenges his territory, and Fuyumi ends up getting murdered in the chaos which follows. Although Fuyumi dies, she is transformed into a ghost in the demon world, and continues to live on in that form.

Angered and crestfallen at Fuyumi’s death, Staz thus takes it upon himself to restore her body and return her to her former life, hoping that he too can visit the human world in the process. This, however, proves to be far from easy and Staz and Fuyumi’s ghost has to embark on an epic quest to find magic powerful enough to bring humans back to life. In their journey, the duo is joined by a powerful magician called Bell Hydra and a half-werewolf called Wolf, and the show documents their quest to resurrect Fuyumi.

While Blood Lad has dozens of characters, the quartet of Staz, Fuyumi, Bell, and Wolf make up the list of main characters in the show. Below, we’ve given you brief backgrounds on each of the main characters.

Staz Charlie Blood: The main protagonist of the show, Staz is the ruler of the Eastern District in the demon world and is reputed to be one of the most powerful district bosses in the demon world. Secretly, however, Staz is obsessed with human culture, especially Japanese culture, and dreams of visiting the human world someday. Staz is also shown to be extremely stubborn and can do anything to achieve what he wants. Owing to the fact that he lazes around most of the time and leaves district management to his underlings, many think of Staz as a lazy and good-for-nothing boss. However, those who are wiser know that Staz is not to be underestimated and is an extremely powerful foe. As far as Staz’s abilities are concerned, Staz can rapidly heal from injuries, has the power to paralyze weaker demons with his stare, can suck out magic from demons, and can crush an opponent’s heart from afar. While Staz routinely has to fight off competition to keep his district safe, his powers are truly put to the test when he embarks on a journey to find magic powerful enough to resurrect Fuyumi.

Fuyumi Yanagi: Another major character in the show, Fuyumi is a human high school student who accidentally ends up in the demon world. Lost in the demon world and with no idea about how it functions, Fuyumi loses her life when she is eaten by a carnivorous plant in the backdrop of a battle between Staz and another demon. However, her soul survives and she lives on in the demon world as a ghost. Staz takes an active interest in Fuyumi and her human lineage, and can often be seen asking Fuyumi’s ghost about video games and manga. Hoping to take a trip to the human world with Fuyumi, Staz also takes it upon himself to resurrect her, and Fuyumi, in turn, agrees to help him achieve that in any way she can.

Bell Hydra: An extremely powerful sorceress, Bell meets Staz and Fuyumi after she realizes that Fuyumi arrived in the demon world using her gateway. A specialist in spatial magic, Bell can manipulate space to travel anywhere, and can also use her powers to spy on others in a different place. She also has the power to transport others using her magic, and throughout the show, she does what she can to resurrect Fuyumi and return her to her former life. Later in the show, she develops feelings for Staz and confesses the same.

Wolf: A half-werewolf, Wolf is a long-time friend and rival of Staz. A skilled streetfighter with towering ambition, Wolf is a strong-willed individual known for his tremendous strength. Being a half-werewolf, Wolf can grow a snout when gets over-excited. Despite his outer, rough personality, Wolf is shown to be an extremely caring individual who can go to any lengths for his friends.