Blood S03: All the Details You Need to Know 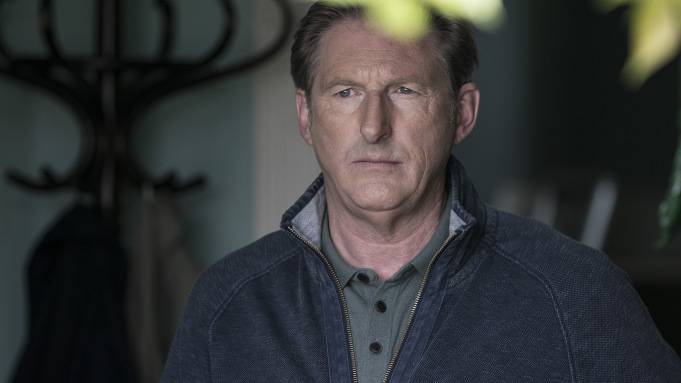 In a world of chaos, we often turn to the ones we love. But what do you do when the same people who were supposed to protect and love you have kept secrets and betray your trust?

Acorn‘s original series ‘Blood’ is a dark and twisted family drama that has you in its grip. The show first made its way to the screen in October 2019. The unusual storyline and the brilliant job by the actors make this a must-watch. The first season comprises six episodes and is written by Sophie Petzal, known for creating the Irish soap opera ‘Red Rock’. After a successful first-season run, the show made its comeback with its second edition. Read on to know everything about ‘Blood’ season 3.

Blood Season 3 Release Date: When Will It Premiere?

Just like its predecessor, the second season tightly wraps up the main storyline. We learn the reason behind Paul’s death. However, there is no dearth of secrets and mysteries in the Hogan family. So a third installment is always a possibility. We are positive that we will get another season, with a new case, which will still be connected to past events, somehow. If renewed, we can expect ‘Blood’ season 3 to premiere sometime in 2021.

Blood Season 3 Cast: Who Can Be In It?

BAFTA nominee Adrian Dunbar plays the creepy yet charming surgeon, Dr. Jim Hogan. You want to believe Jim’s grief, but you also want to blame him for everything that has happened to Cat, played by the talented Carolina Main.

Ingrid Ragie plays the role of Mary Hogan; although we see less of her, she has done a commendable job. You will feel your heart breaking when we see flashes of Jim being tender to his ailing wife. Mary even encourages him to have an affair because she knows she will be gone soon; if not dead but lost in her mind because of her illness.

Grainne Keenan essays the role of Fiona Hogan, and Diarmuid Noyes plays the role of Michael Hogan who is torn between his sisters. All the actors have done a superb job, and one of the main reasons to watch the show is because of them.

We expect all of the lead cast to make comebacks in the new edition if it happens. Since Ian Lloyd Anderson’s character dies in season 2, he is not expected to make a comeback in a potential third season.

Blood Season 3 Plot: What Can It Be About?

Cat Hogan returns to her family home after ten years on the eve of her mother’s death. Cat has always been something of a black sheep in the family and has never had a comfortable relationship with her father, Dr. Jim Hogan. She suspects Jim of murdering her mother. It does not help when she finds out that he is having an affair with his receptionist.

No one wants to believe her. Her siblings Fiona and Michael do not agree with her and accuse her of falsifying their childhood memories. While Cat remembers her father’s temper, the other two believe him to be a loving dad who cared for his ailing wife, Mary Hogan who was suffering from dementia and died by falling at their family pond.

When Cat investigates the scene, she finds her mother’s brooch hidden behind a bush. There is also a frog statue that seems to be missing. Is that the murder weapon or Cat’s overactive imagination? Jim Hogan is a well-respected surgeon, and everyone in the small Irish town loves him. On the other hand Cat, his youngest daughter has known to be estranged from the family and accused of being crazy and paranoid. Can a parent be responsible for their child’s unpredictable behavior? Has Jim been gaslighting her all these years?

The six-part season 1 is intense in its approach. The story moves forward quite dramatically, and the viewers are left jumping to various conclusions, but you can never guess the end. The show does a brilliant job of keeping the suspense till the very end, and the finale is so unexpected, it leaves you reaching for a box of tissues.

Season 2 begins with Jim Hogan returning home a year later after the mysterious death of his wife. He discovers that Fiona is afflicted with the same disease as his wife. Even her husband Paul is struggling because of monetary constraints. Jim tries to amend things with his family but the situation worsens when he discovers that Paul is involved in some suspicious activities on his farm.

Matters get even more complicated when Detective Dez Breen tells the clan that the body of Paul has been found in Fiona’s car. Toward the end, we learn how Paul’s own insecurity was responsible for his death. If the show is renewed for another season, we expect to see a fresh incident, which will again be connected to the Hogan family.

You can check out the official trailer for season 2 right here.