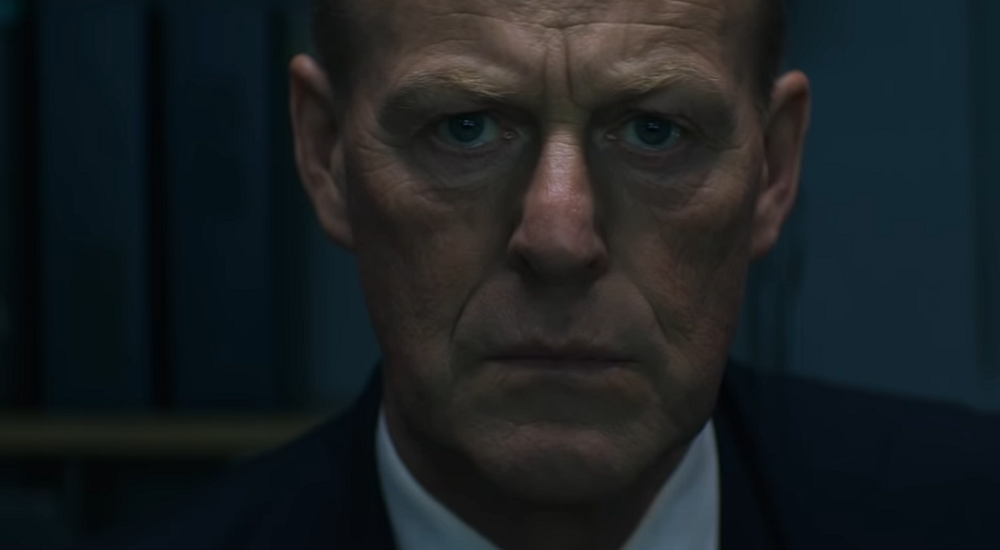 Episode 4 of ‘Bloodride’ is less of horror and more of a crime thriller. However, almost like all of its episodes, it makes you wait till the end before it starts making all of its major revelations. It starts off as a tale of treachery and judgment but grows into something bigger in the last few moments. I wouldn’t say that it’s among the best episodes of the season, but it is still elevated by its strong performance and well-thought-out storyline. Read on further to get a better understanding of its ending.

A renowned figure in the pharmaceutical industry named Edmund celebrates the invention of a new prototype with all the people who have played a key role in his life. While they’re all having dinner, he decides to show them the prototype, but to his surprise, as soon as he reaches out to his safe, he discovers that it has been stolen. When he informs his security about it, they tell him that except for the guests, no one else has been in his mansion since the prototype was kept in the safe. Edmund starts panicking and begins to suspect everyone; including his wife. He threatens all of his guests and even asks them to strip down completely, but even this reveals nothing.

the chief of his security then tells him that one of them might have flushed it down the toilet. Desperate for answers, he takes all of them down to his lab and locks them up in a small glass room with his lab rats. With this, he announces that they’ll stay trapped inside until the culprit comes forward. He tells them that the door of the room has the same code as that of his safe where the prototype was kept. So the person who has stolen it already knows the code that opens the glass room. All the guests start blaming each other and no one really steps forward. This forces Edmund to take another drastic. He releases a toxic gas in the chamber which slowly begins to kill all of them.

This is when one of the guests, Oda, finally enters the password to the room and opens the door. This confirms that she is the one who stole the prototype. He assumes that she probably flushed the prototype down the toilet and simply escorts her out of his home. He spares her by claiming that she’s close to him. He gives her one final hug and bids her farewell.

Soon after this, Edmund looks at his reflection and realizes that his pocket square is slightly misplaced. This is when it hits him that the prototype was with him all along. Oda had sneaked it out of his safe and had later slipped into his coat pocket. When he was hugging her goodbye, she secretly took it out again. Before she can leave, he catches up with her and takes his prototype, but little does he know that was all a part of her plan.

When he goes back to his lab, his wife and all of his coworkers wait for him there. They realize he does not trust them at all and his wife also realizes that all this while, he was cheating on her with Oda. After learning about his betrayal, they force him to get inside the glass chamber and gas him to death. The ending also comes in tandem with a scene in the episode where all the guests talk about Edmund’s past while they’re trapped inside the glass room.

One of them recalls a time when Edmund betrayed all of his employees by making them invest in the company and then filing it for bankruptcy. Because of this incident, two of his employees had also committed suicide and he didn’t even bother attending their funerals. Oda came into his life like karma and taught him a crucial lesson by targetting his constant need for power and lust. In the end, everyone who was close to him figured out that he was nothing but a very selfish man who only deserved to die.

The intro “wrap around” scene of episode 4 shows all of Edmund’s guests, who later turned against him. I’ve mentioned in my previous explainers that this common scene, where all the main characters of the show can be seen as a bus, seems to be an allegory for the seven cardinal vices. Episode 4’s major theme is lust and greed, both of which are of the seven sins. And as discussed earlier, the driver of the bus is probably the grim reaper.