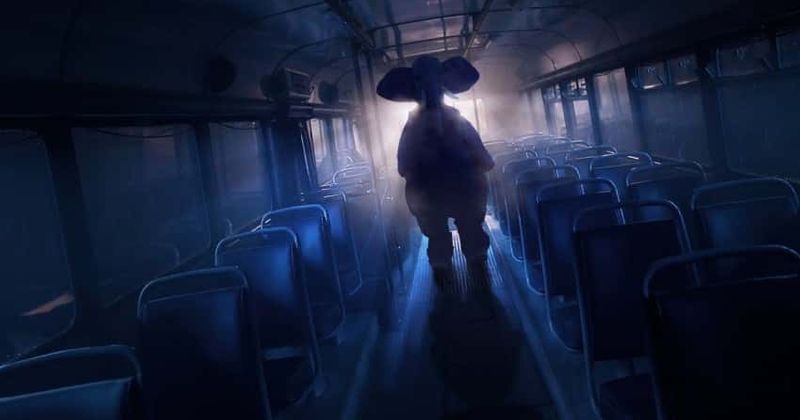 The final episode unfolds at an uncanny workplace party, where everyone is dressed up as anthropomorphic animals. In its runtime of 30 minutes, it deals with everything from workplace politics to bullying. But its core theme revolves around revenge. Although the entire series has a tongue-in-cheek feel to it, this episode certainly leads the way. It starts off as a typical murder mystery and as you would expect, it ends with an insanely twisted conclusion. So to get a better understanding of its ending and its black humor, read on.

In the opening scene of the episode, a man named William can be seen dressed up as an eponymous elephant. As a viewer, you start assuming that he’s probably one of those costumed characters who show up at children’s birthday parties, but it turns out that he’s heading to an office party. At the party, although everyone is dressed up as an animal, there seems to be a tense atmosphere. The boss takes the stage and begins to address an accident in which one of their employees, Martha, ended up plunging from the balcony and gravely injured herself.

The episode then introduces two other employees, Kristin and Paul, who are both new to the company and are dressed up as mice. They stick around with each other and try their best to be a part of the party’s crowd. And in the end, it’s this need to be a part of it that forces them to dig deep into the past of their workplace. Kristin suggests that there’s something seriously wrong with what they’re being told about Martha’s accident.

While William gets drunk and goes batshit crazy, Kristin and Paul go around investigating the case and try to put all the pieces of the puzzle together. Out of all the employees they interview during this so-called investigation, some vow silence over the matter, while there are others really seem to have a problem with William’s bizarre behavior. All of this leads them to a fairly reasonable conclusion, according to which, William and his partner Helene were apparently bullying Martha. The two of them even circulated a picture of her which compared her with Gollum and it was this bullying that later forced her to commit suicide.

The final moments of the episode reflect on Kristin and Paul’s desperation to be liked and accepted in their new office environment. Almost like a real office scenario, just to prove how loyal they are to their fellow employees and prove their worthiness to the company that hired them, the two newcomers reveal their grand theory to everyone else. They show others how William and Selene created several collages of Martha to compare her with ugly serial killers and other disturbing pop culture figures.

But to their surprise, instead of praising them, other employees reveal that Martha was not being bullied at all. She was, in fact, a psychopath who always terrified the other employees. Even on the day when she fell from the balcony, she was actually trying to attack Willaim and Helene. In the meantime, one of the employees finds Willaim dead in a bathroom stall while Martha sports his elephant costume and kills Helene in one of the office rooms. While she’s at it, the other employees just watch in fear and absolutely no one bothers going up there.

There’s a lot to take in from the ending of this episode. Firstly, it’s all the satire that it presents in context with a typical office environment. As mentioned earlier, it perfectly depicts how desperate newcomers set out to fulfill their own sense of gratification only to realize how they’ve screwed up. In fact, Paul was only a part of the investigation because he wanted attention from Kristin. Then also some subtle commentary on how misinformation can often travel in a typical workplace and how bullying is normalized. All of this is presented in a rather hilarious yet disturbing way.

Even in the last few moments of the episode, where Helene gets attacked by Martha and the others just stand and stares from a distance, Kristin realizes that she has the keys to the room where Helene is being murdered. But instead of revealing this to anyone, she just hides the key. This is yet another extreme example of how one would simply save one’s own reputation at the cost of completely destroying someone else. Realizing that if she reveals she possesses the keys, she will surely get fired, so she just chooses to keep the keys and save her job.

The core theme of the episode is “revenge” or in Dante’s words: “it represents one’s love of justice perverted to revenge and spite.” Almost all the characters of the episode are determined to seek revenge and hate others at the office for what they have. Just to seek revenge, Willaim and Helene bully Martha, which later begets revenge from her end and she kills them. Similarly, Kristin and Paul were so determined to solve the mystery and seek revenge from William, that they ended up forming a very one-dimensional opinion about him. So that’s how, in the introductory scene of the episode, where many characters of the show can be seen in a neon-lit bus, even Willaim finds his place. He represents “wrath/revenge” in the seven deadly sins.