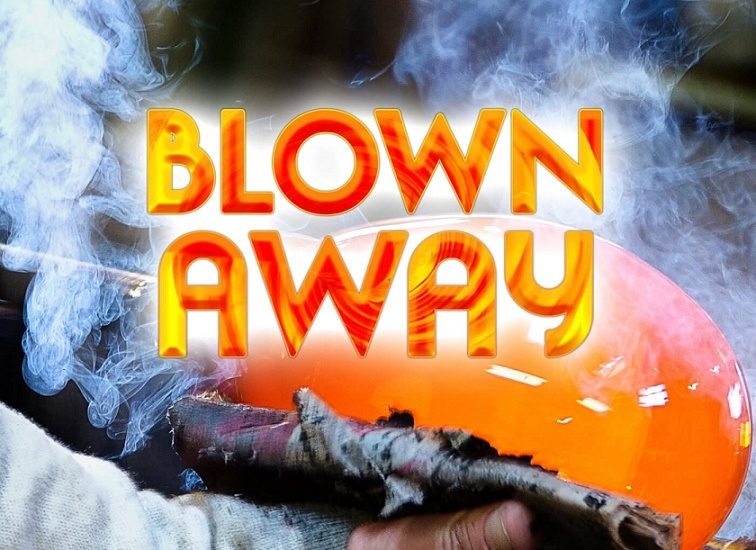 You must already be aware of the multiple home-improvement shows, including ‘House Hunters‘ and ‘Fixer Upper‘, which showcase spectacularly renovated houses with intricate designs. But have you ever paused and given a thought about how many tasks are involved in each of the intrinsic details that go into layering these beautiful homes? One of the crafts that form an integral part of interior design is glassblowing.

Netflix Original, ‘Blown Away’, is one-of-its-kind reality TV show that features the intricate technique of glassblwoing. The competition follows 10 exceptionally talented glassmakers from North America who create the most beautiful specimens, fabricated only from glass. A panel of expert judges gauge these creations and the champion stands a chance to win a grand prize of $60,000. The Corning Museum of Glass was instrumental in delivering the series from concept to reality.

Blown Away Cast: Who is in it?

‘Blown Away’, owing to its concept, is a specialized project that needs a specific facility, complete with all the required equipment and set-ups. Hence, the creators approached The Craft and Design Glass Studio at Toronto’s Sheridan College to help them in constructing the facility. The college additionally guides the competitors through their various tasks in the first nine episodes. Featuring on the judging panel are Janet Morrison (the college’s president), accompanied by other guest evaluators, namely Chris Taylor (executive director of the Pilchuck Glass School) Perry Tung (a senior specialist and auctioneer at Bonhams), Eric Meek (senior manager of hot glass programs at Corning Museum of Glass), and prominent members from the food and beverage industry, like chef Marc Lepine and sommelier Emily Pearce-Bibona, to name a few. Nick Uhas serves as the host and Katherine Gray is the resident evaluator artist.

Blown Away Plot: What is it about?

‘Blown Away’ attempts to highlight the difficult, detailed, and stunning work of glassblowers. Every episode poses a set of challenges and the contestants need to impress the judges with eye-catching creations. One competitor is eliminated at the end of each of the half-hour-long episodes. Finally, the winner is crowned as the champion (“Best in Blow”) and he or she gets the opportunity to take home a sum of $60,000 as cash money.

Corning Museum of Glass, which houses the world’s most exhaustive glass collection and runs a premiere glass school, has served as a consultant for the show throughout the course of its production. And the winner of this contest gains the coveted chance to make a week-long guest appearance at the museum. He or she is also eligible to partake in two working sessions at the museum, be part of a one-week fall residency, and give several live demonstrations.

The facility where this competition takes place and which had been constructed exclusively for the show to be filmed has now become the largest glassblowing space in North America. This itself reflects the massive scale of the project. Of course, when you need 10 glassblowers to work simultaneously in 10 workstations, using 10 reheating furnaces and two melting furnaces, this is inevitable!

When asked about the series, Meek stated that “Technology has allowed us to really dive into obscure subjects. As both the platform of today and the channel for how people learn about the world, Netflix is the perfect [place] at the perfect time. For glass to have a global stage like this is so exciting.” He further added that ‘Blown Away’ is like a love letter to glass. It is a show for anyone who respects artistic expression and admires the hard work that goes behind such masterpieces. It is, of course, common knowledge that glass is a difficult material to work with. However, when it falls in the hands of the right person, one can create wonders with it!

Blown Away Season 2 Release Date: When will it premiere?

‘Blown Away’ Season 1 premiered on July 12, 2019 on Netflix. It consists of 10 episodes, each filled with drama and finesse. As unique and fascinating the show is, its audience was always going to be limited. So, whether Netflix renews the show or not is a tricky question to answer. One thing going in the favor of the show is that there’s nothing quite like it on television right now. That alone makes another season worth it. If you are a fan of the show, and are eager to know about its renewal, then don’t forget to bookmark this page, because we will update this section as soon as we come to know about ‘Blown Away’ Season 2 release date.

You can watch the trailer and all the episodes of the first season of Blown Away right here.