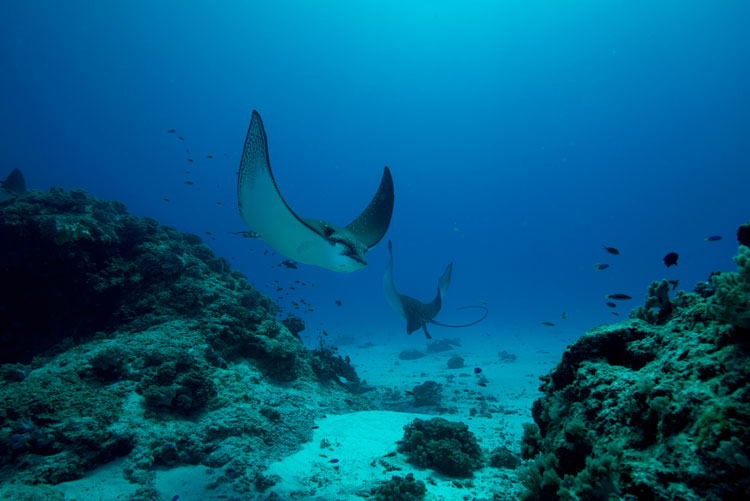 ‘Blue Planet II’, developed as a successor to ‘The Blue Planet’, is a critically acclaimed nature documentary that managed to raise awareness about plastic pollution on a global level. Created as a follow-up to this show is ‘Blue Planet Now’, a mini-series, which airs on BBC America in the US. The show adopts the same concept like its predecessor where it studies the marine life, thriving deep within the depths of our oceans.

Who are the Hosts of Blue Planet Now?

‘Blue Planet Now’ is hosted by Chris Packham, Liz Bonnin, and Steve Backshall, who travel to various parts of the planet in order to study marine life that holds a threat of extinction. Packam is a naturalist, nature photographer, tv presenter and author, who has previously appeared in ‘The Really Wild Show’, ‘Springwatch’, ‘Autumnwatch’, and ‘Winterwatch’.

Meanwhile, Bonnin is a presenter who hosts science shows, wildlife and natural history related documentaries. She is a biochemist as well as a wild animal biologist and has formerly served as the presenter in ‘Galapagos’, ‘How the Earth Works’, ‘Animals in Love’, Stargazing Live’, ‘Big Blue Live’, ‘Cats v Dogs: Which is Best?’, and ‘Should We Close Our Zoos?’

What is Blue Planet Now About?

As we all know, our oceans cover three-fourths of the total planetary area. But these massive water bodies as well as their inhabitants are facing huge threats due to incessant pollution. As per statistics, plastic pollution has devastating, fatal affects on almost all sea creatures, including turtles, whales, seabirds, and seals, to mention a few species. In order to raise awareness about the delicate condition of our underwater life, BBC launched a documentary titled ‘The Blue Planet’ in 2001.

By showcasing the magnificent marine life, their mysterious behavior, and highlighting remarkable creatures like blue whales and spinner dolphins, this series taught us to appreciate and respect wildlife. ‘The Blue Planet’ created such as huge impact that many countries adopted measures to curb the usage of plastic after watching the show. Soon, it was developed into another docuseries, ‘Blue Planet’. And keeping the franchise alive is BBC’s latest addition, ‘Blue Planet Now’.

Created as a follow-up miniseries for ‘Blue Planet II’, ‘Blue Planet Now’ attempts to examine the health of our marine life inhabiting the deepest parts of our oceans. Hosts Chris Packham, Liz Bonnin, and Steve Backshall embark on multiple trips across the globe and travel to those locations where marine life is trying to cope up with difficult challenges.

The show begins by taking us first to Mexico where Chris meets local scientists and together, they visit the planet’s biggest whale nursery. Here, they get to experience the fascinating sight of gray whale mothers and their relationship with their babies. Meanwhile, Steve heads to the Bahamas in order to swim with some of the globe’s largest predators in the seas, which include the magnificent tiger sharks. On the other hand, Liz lands on the fragile Great Barrier Reef, where she visits a research station and gets to have first-hand encounters with the colorful residents of the reef. She also follows how the new-born baby turtles on the island start their first journey toward survival.

Blue Planet Now Season 1 Release Date: When will it premiere?

‘Blue Planet Now’ Season 1 premieres on BBC America on Saturday, November 9, 2019 at 9:00 p.m PT/ET. It is part of the channel’s endeavor to focus more on nature-centric programming, because of which it launched the micro-net Wonderstruck on November 2, 2019 at 9 p.m. ET/PT. The 24-hour programming block dominates the network every Saturday and kicked off with a special presentation of David Attenborough’s ‘Seven Worlds, One Planet’ — a wildlife documentary that describes how the geography of each continent is responsible for the evolution of the distinct animal life found there.

Wonderstruck was conceptualized by BBC America and was branded as ‘micro-net’ because of the results of a survey that estimates the value viewers obtain from nature-related content. As per Courtney Thomasma, executive director of BBC America, “The study inspired us to create an entire destination dedicated to this universal and stunning content. Our hope is that this new Saturday ritual will offer relief from the daily grind and serve as a much-needed antidote to the chaos of the modern world.”

You can check out the official trailer for season 1 of ‘Blue Planet Now’ below.