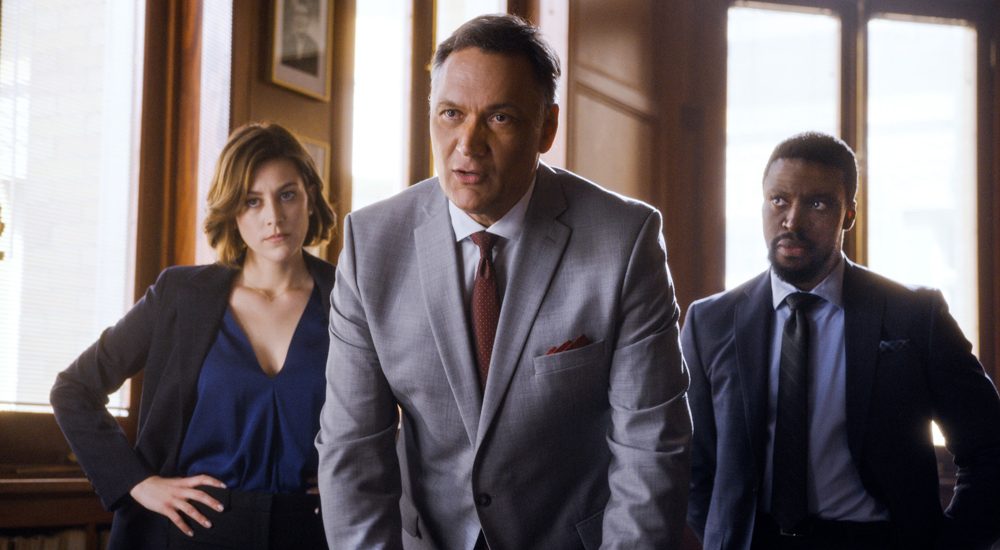 ‘Bluff City Law’ is a character-driven legal drama that revolves around elite lawyers, employed in a high-profile law firm in Memphis, which takes up controversial landmark civil rights cases. Dean Georgaris (‘The Brave‘, ‘The Meg’) and Michael Aguilar (‘Constantine’, ‘I’m Dying Up Here‘, ‘Kidding’) are the writers on the show. The show’s first season was moderately received. Now the question is, will there be a ‘Bluff City Law’ season 2? Let’s dive right into answering this question.

NBC had initially ordered the series for 10 episodes. However, on August 8, 2019, NBC ordered six additional episodes, taking up the planned total to 16 episodes during the first run. But on October 17, 2019, it was confirmed that this six extra-script order was cancelled and the show would continue with its initial order of 10 episodes.

In fact, the first four episodes of ‘Bluff City Law’ failed to keep up to the expectations of NBC, garnering only 6.3 million viewers and a 0.9 rating in the 18-49 demography. And as expected, in June 2020, the channel revealed that it will not be moving ahead with another season from the series. So, yes, officially, ‘Bluff City Law’ season 2 stands cancelled.

The cast of ‘Bluff City Law’ is led by the iconic Jimmy Smits as Elijah Strait. With a career spanning 35 years and a nominee of around 40 awards, Smits received six Emmy nominations for his portrayal of Victor Sifuentes on ‘L.A. Law’. He won one Emmy in 1990. His other critically acclaimed roles include performances on ‘NYPD Blue’ and ‘Sons of Anarchy‘. He has also appeared as a guest on ‘How to Get Away With Murder‘ and ‘Who We Are Now’.

Caitlin McGee stars as Sydney Strait. McGee appears on Amazon’s anthology series ‘Modern Love’. Her other notable acting credits include appearances in ‘Stan’, ‘Plus One’, ‘Standing Up, Falling Down’, and ‘The Marvelous Mrs. Maisel‘. MaameYaa Boafo plays Briana Johnson. She has previously featured on ‘The Blacklist‘, ‘Chicago Med‘, and ‘Madam Secretary‘.

Barry Sloane stars as Jake Reilly. He can be seen on ‘L.A.’s Finest’, the History Channel drama ‘Six’, and ‘Longmire‘. Michael Luwoye portrays Anthony Little. Luwoye is a Broadway star, who enacts Alexander Hamilton in ‘Hamilton’. His tv credits comprise recurring roles on ‘She’s Gotta Have It’ and ‘The Gifted‘. Stony Blyden stars as Emerson. His previous projects are ‘Edge of Seventeen’ and ‘College’.

Jayne Atkinson is Della Bedford. Atkinson is widely recognized for portraying the Secretary of State Catherine Durant on ‘House of Cards.’ Rounding up the lead cast is Josh Kelly as Robbie. Kelly has previously appeared on ‘UnREAL‘, ‘One Life to Live’, ‘Midnight Texas’, ‘Ugly Betty’, ‘True Blood‘, ‘Transformers: Revenge of the Fallen’, and ‘Transformers: Dark of the Moon’.

Bluff City Law Plot: What is it About?

Directed by Jessica Yu (‘Grey’s Anatomy‘ and ‘13 Reasons Why‘), ‘Bluff City Law’ introduces us to a prominent family in Memphis, known for fighting injustice. Talented lawyer Sydney Strait is the daughter of Elijah Strait and she works in her dad’s prestigious firm until a tumultuous relationship ruins everything. She drifts away from her family and is barely on speaking terms with anyone.

However, when her mother passes away suddenly, she is forced to return. Elijah wishes to reconnect with his daughter and asks her to rejoin his firm. She agrees because she knows that if she seeks to see a positive change in the world, her best bet is to join hands with her dad. In spite of her inhibitions and resentment, she consents to her dad’s request.

After the father-daughter duo reunites, they take on the job of what they do best — tackling controversial, landmark civil cases. The character-driven legal drama follows Elijah and Sydney Strait as they face some of the toughest David-and-Goliath cases while navigating their complicated relationship.

Some of the topics explored in this series include issues of free speech, privacy, wrongful imprisonment, frauds by big insurance companies, the opioid crisis, and immigration. Certain subjects are also explained with a lighthearted, comedic approach. Bringing in the perfect balance between legal and personal drama, ‘Bluff City Law’ is an interesting legal series, combined with crime and thriller elements.