Who Is Bobby Berk? 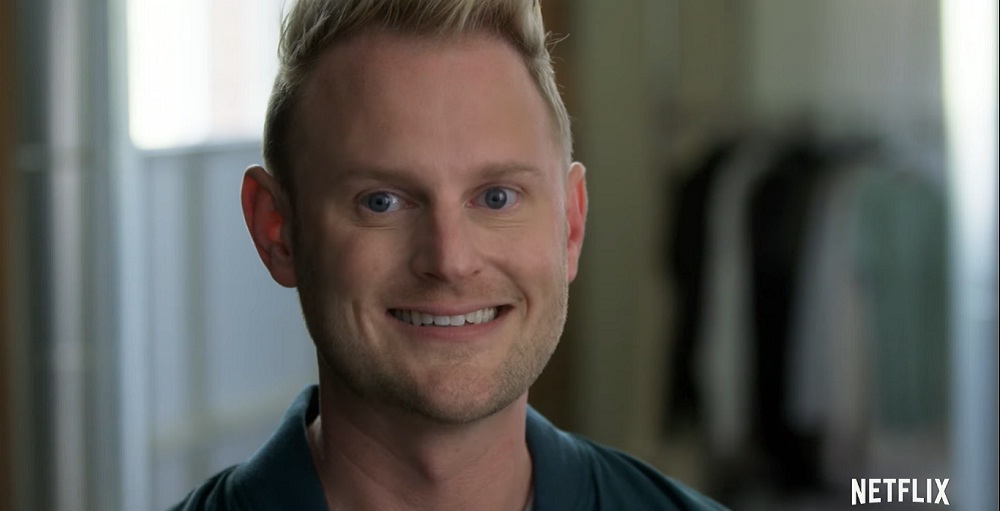 Bobby James Berk is an American interior designer and reality television host, who has made his name by starring as the design expert on Netflix’s ‘Queer Eye.’ The resident expert, DIY guy, and construction worker, sometimes gets left behind because of his work and doesn’t get his fair share of the limelight or appreciation. However, because of his lovable nature and personality, he remains one of the best members of the Fab Five.

Sure Jan 🤨 We were NOT buying it! Lol CAPTION THIS BELOW! I’LL PICK MY FAVE! #oscars #oscars2020 #stayhome

Even though Bobby was born on August 25, 1981 (age 38) in Houston, Texas, he grew up in Mount Vernon, Missouri, in the middle of Amish farm country. He was adopted when he was little and his parents, for all intents and purposes, to this date remain, Connie and Jerry Berk. Bobby has stated that growing up gay in a community where the Bible Belt and attending Assemblies of God church was given a lot of importance was painful for him. He had to face not only the external homophobia but also the internal one that was created within him because of his upbringing.

Therefore, he left home at the age of 15 and went to Springfield, Missouri. There, he slept in his car and worked at Applebee’s for a couple of years before moving to Denver, Colorado, where he got a job at Bombay Company. He relocated to New York in 2003 and worked hard to work his way up in the professional ladder and reach where he is today. Fortunately, his relationship with his parents is good, and recently he even partnered up with Target to give his childhood farm home a complete makeover.

Bobby Berk’s looks are also one reason that fans are quite obsessed with him. Standing at 1.83 meters, i.e., exactly 6 feet, he has worked hard for his physical fitness and well being. He believes that self-care is extremely important, which is why his website encompasses lifestyle elements beyond design and style, such as nutrition and fitness.

Although Bobby Berk has been married to his husband Dewey Do for almost eight years now, they have been in a relationship for ages. Together they have started a life with each other in Los Angeles, California, where Dewey works as a maxillofacial surgeon. Even though Bobby is living in the public eye, his husband tries to maintain his distance from it, even going as far as to keep his social media accounts private.

Jumping for joy because we finally found an LA neighborhood to call home — it's been a dream of ours for so long and now it's ours! With @redfinrealestate, we were able to focus our home search to this exact area, and when I saw this home pop up in a Redfin email, I said to myself, "this is our house." I booked a tour through the app and saw it right away with my Redfin Agent, and the rest is history! See link in bio to check out the app.  #sponsored #redfin #firsthome

But, no matter, Bobby makes up for it by gushing about his loving husband in the various interviews he does and on his social media. He has referred to Dewey as his “greatest love” and has admitted that when it came to decorating their home in Los Angeles, even though he was given full responsibility, he took input from his husband as to what he preferred. “I pick, like, the three choices that I want, and then I let him pick from those three,” he told Cosmopolitan. “I still like to give him choices, because I want him to feel, you know, like it’s his home as well.”

Have a blessed Memorial Day, sending love and endless gratitude to those who serve and remembering all those we have lost. We may not be walking on the beach today but we are sending love, light and health to everyone! Photography @ivansocal #memorialday

In 2018, for their six year anniversary, Bobby took to social media to talk about their wedding and said. “Six years ago, my husband and I said “I do” and were actually married by a very close friend of ours who was ordained. We got married as soon as it was legal to get married and it was important to us to show the world our pride through our expression of love…”

Six years ago, my husband and I said "I do" and were actually married by a very close friend of ours who was ordained. We got married as soon as it was legal to get married and it was important to us to show the world our pride through our expression of love. So, when @lyft approached me with the idea of marrying couples on their float during New York Pride, I couldn't think of a better way to give back to the community than to help other couples express their love in the same way! Inclusion and acceptance is what #pride is all about and those are ideals @lyft has always promoted- I am proud to have been able to be a part of these couples’ special day and to partner with such a great company! #sponsored #giftfromlyft bit.ly/Lyft_Pride