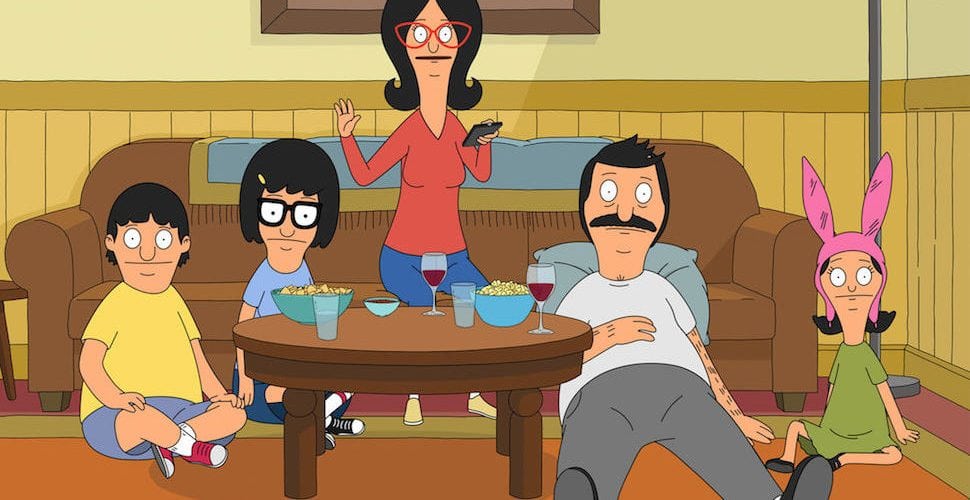 ‘Bob’s Burgers’ in an American animated sitcom that has made quite a name for itself over the past few years. Created by Loren Bouchard, the show, which airs on Fox, follows the Belcher family – Bob and Linda, and their children Tina, Gene, and Louise – who run a burger joint.

‘Bob’s Burgers’ made its debut way back in 2011, with Season 1 of the show hitting viewers’ screens on January 9, 2011. However, television critics were not particularly impressed by what they saw, and they criticized the show for being underwhelming despite its potential for brilliance. In spite of negative reviews, Fox kept the faith and renewed the show, and Season 2 premiered on March 11, 2012, blowing critics away. Since then, the show has kept on consolidating its stature as a brilliant not-so-innocent comedy with every new season.

Now, eight years down the line and nine seasons later, ‘Bob’s Burgers’ enjoys the stature of being of the best animated sitcoms on television, only rivaled by the likes of the legendary show, ‘The Simpsons’.

As far as the future of the show goes, fans should know that ‘Bob’s Burgers’ is one of the highest rated shows on TV and it’s highly unlikely that the network is going to pull the plug on the show.

Bob’s Burgers Cast: Who is in it?

Owing to the fact that ‘Bob’s Burgers’ is an animated show, its cast members comprise mainly voice actors. The protagonists of the show are none other than the Belcher family, and the family patriarch, Bob Belcher, is voiced by H. Jon Benjamin. His wife, the fun-loving Linda, is voiced by John Roberts, while Dan Mintz, Eugene Mirman, and Kristen Schaal voice the three Belcher children, Tina, Gene, and Louise respectively.

The show, of course, has had dozens of episodic and recurring characters over the years, among whom Teddy (voiced by Larry Murphy) and Mr. Frond (voiced by David Herman) have featured in several episodes.

Bob’s Burgers Plot: What is it about?

Being a sitcom, ‘Bob’s Burgers’ revolves around the members of the Belcher family and their daily adventures, misadventures, and struggles.

In the show, the 47-year-old Bob is portrayed as a third-generation restaurateur who was born to an unknown mother and Big Bob, who ran an eatery called Big Bob’s Diner. Growing up without his mother and with his alcoholic father, Bob understandably did not have a very happy childhood, and is known to never smile. Yet, despite his grumpy nature and pessimistic outlook towards life, Bob is shown to be a man who deeply cares for his family and his restaurant. Balancing out Bob’s jaded personality is his fun-loving and happy-go-lucky wife, Linda. Laid back and never short of enthusiasm, Linda is portrayed as a supportive wife and a loving mother who is never one to discourage her family in any of their pursuits – be it Tina’s desire to write erotic fiction, or be it her sister Gayle’s desire to make anus-themed paintings and hang them in the restaurant.

When it comes to the Belcher children, Tina, the oldest among the three, is portrayed as socially awkward, indecisive, and insecure person, who has many stereotypical characteristics of a teenage girl – she likes boy bands, movies and erotic fiction, horses and butts, and even has a massive crush on Jimmy Jr., the son of Bob’s business rival. Gene, the middle child, and the only boy among the Belcher children, is portrayed as fun-loving and sociable. On one hand, Gene enjoys pestering people with sound effects, and on the other hand, he has a passion for music. However, Gene is shown to be laid-back, and he struggles to put in the hours required to learn the technicalities of music and musical instruments. Finally, the youngest Belcher, Louise, is a screamer with a mischievous and a cynical personality. Narcissistic and manipulative, Louise is shown to have dubious intentions throughout the show. However, she, like her father, harbors a deep love for her family members.

Each episode of the show follows these five members of the Belcher family as they deal with personal and professional situations that arise in their lives. While being unapologetically funny, ‘Bob’s Burgers’, interestingly, matches ‘The Simpsons’ in tone when it comes to its portrayal of the world. Whereas ‘The Simpsons’ is a funny yet stirring commentary on blue-collar families in late 20th century America, ‘Bob’s Burgers’ takes on more contemporary themes such as the struggles of small entrepreneurs in a world dominated by multinational corporations. This thematic tone of ‘Bob’s Burgers’ is perhaps what tethers it to reality and makes it a hilarious and relatable watch for teenagers and adults alike.

Understandably, the show has struck a chord with both viewers and critics. While critics gave Season 1 of ‘Bob’s Burgers’ a poor rating of 60% on Rotten Tomatoes, Seasons 2, 4, 5, and 6, all boast perfect scores of 100%, and the show has a great overall score of 90% on Rotten Tomatoes. Viewers, too, have loved the show, and it enjoys a solid overall rating of 8.1/10 on IMDb, after over 55,000 votes.

There’s no trailer available that can be shared, so why don’t you head over to Fox and watch clips and episodes from the show.