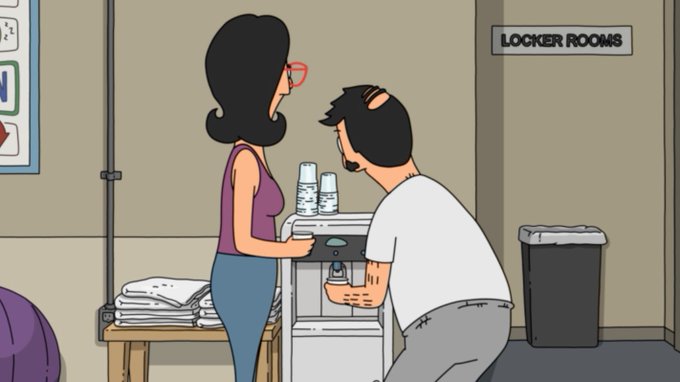 Bob’s Burgers, Fox’s Emmy Award-winning adult animated series, follows the Belchers, who happen to be amongst America’s most adored tv families. Hilarious yet warm, smart, and creative, this critics’ favorite title is lauded for its ingenious voice cast and brilliant storyline.

Hence, it’s no surprise that after spanning nine incredible seasons, ‘Bob’s Burgers’ is currently in its 10th installment. After airing its 11th episode on January 12, 2020, the show went on a break of almost one month. It then returned with episode 12 on February 16, 2020. Let’s now take you through the details of the upcoming episode 13 and a quick recap of the 12th episode.

Bob’s Burgers Season 10 Episode 13 Release Date: When Will It Premiere?

Its official synopsis goes as follows: “Louise skeptically joins Jessica and fifth-grader Megan in their search for Wharfy, a mythical sea monster, while Bob takes an online master class by a world-renowned chef.”

You can watch ‘Bob’s Burgers’ season 10 episode 13 by tuning into FOX TV if you have a cable subscription for the channel. You can also watch it online on the official FOX website.

Season 10 has been one eventful ride for the Belchers. At the beginning itself, we witness the fam getting into a major misadventure after Gene loses the ring Bob had bought to surprise his wife Linda for their anniversary. On the other hand, Linda’s sister Gayle’s cat suffers from a pink eye. Bob then wants to make an all-new burger of the day and hence, accompanied by Linda reach the forest to pick mushrooms — only to be cornered by goons.

Tina buys a pair of new eye-glasses and later, accompanies her dad to a Thunder Girls event, where the latter messes up the father-daughter boat. A growing up Louise no more enjoys the fire station whereas Tina is haunted by the ghost of a dead pig her class had dissected in school.

Yet another fiasco strikes when Louise invites all of her friends to movie night and the second reel of the film gets stolen. The matter gets complicated further since Louise had forged Bob’s signature to arrange for the security deposit to rent the film.

In episode 11, Gene is drawn to an electronic drum kit at a pawn store but he is banned from entering the shop by the owner Dino. So Louise decides to take matters into her own hands and seeks revenge. Meanwhile, Teddy starts behaving weirdly after joining Jimmy Pesto’s restaurant.

Episode 12 is titled ‘A Fish Called Tina’. What happens here is, “Tina goes too far trying to be a perfect mentor. Meanwhile, Bob and Linda test out the gym next door” — according to Fox.