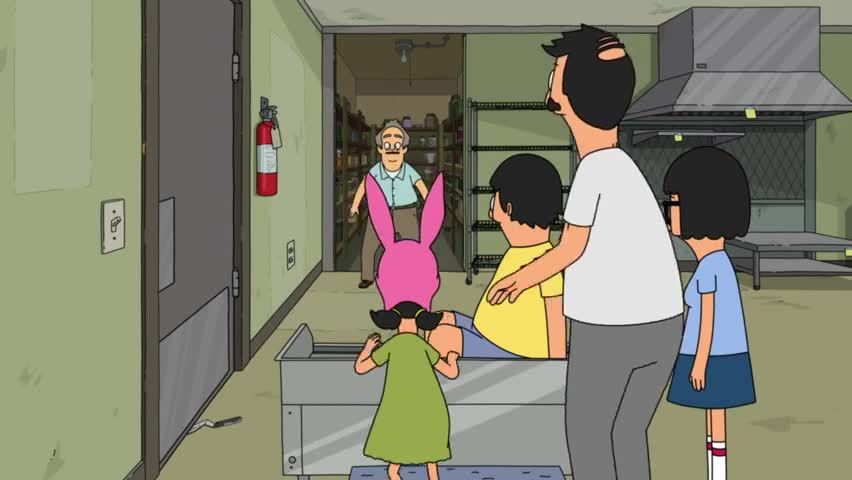 The 16th episode of Bob’s Burgers season 10, which landed this week, serves as a reminder of how brilliant and powerful this animated tv series is. Why? Well, one of the approaches from the show that has always been a favorite among fans is when Bob spends time with his kids and ends up getting overwhelmed after a while. Well, this episode showcases just that.

What happens is, as usual, Bob devises various schemes in his head — only to be foiled by his kids who always, somehow, end up interfering in the middle of things. Additionally, we see Bob facing his worst fears when he thinks that his business might be a failing investment. But then his kids join to cheer him up. On the other hand, Linda is also worried about the same situation. But toward the end, the family comes together to solve the issue and this is what makes episode 16 such a strong one.

So are you done with the last episode yet? If yes, let’s tell you that there are a couple of new episodes landing in the upcoming weeks to keep you busy until Bob’s Burgers, the film, makes its way to the theaters. For now, let’s take you through the details of the upcoming episode 17.

Bob’s Burgers Season 10 Episode 17 Release Date: When Will It Premiere?

Its official synopsis goes as follows: “The family takes an unexpected road trip with Nat the limo driver.”

You can watch ‘Bob’s Burgers’ season 10 episode 17 by tuning into FOX TV if you have a cable subscription for the channel. You can also watch it online on the official FOX website.

The episode begins with Bob heading to a restaurant liquidation auction so that he can buy some cheap dishware. He is accompanied by his kids in this venture to save some cash. But the children notice that a weird, suspicious character is snooping around the premises. Further investigation reveals that the person is the ex-owner of the restaurant who wants to steal his precious flat-top.

The kids support him and Bob helps the man to sneak out with the item just under the auctioneer’s nose. But they are caught and Bob also has this realization that owning a restaurant can lead to failure. However, the kids lend their support to their dad by saying that Bob’s Burgers is not just a business, but a family dream that has manifested into a reality.

In another subplot, Linda plans her activities for St. Patrick’s Day, where she wants to turn everything green including the beer, ketchup, fries, and burgers. She then brings together many people to celebrate the day and Bob returns to see that his eatery is indeed successful.

Read more: 7 TV Shows You Must Watch if You Love Bob’s Burgers