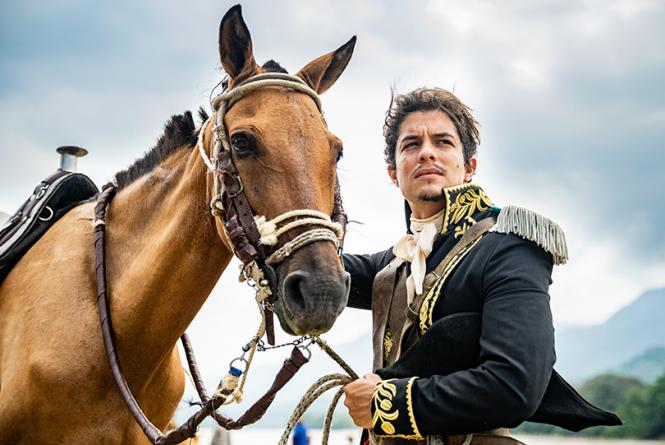 Simon Bolivar was a Venezuelan General who played a prominent role in securing the independence of America from the rule of the Spanish empire. Also known as the Liberator, this military and political leader led the revolution which concluded with the segregation of the current states of Venezuela, Bolivia, Colombia, Ecuador, Peru, and Panama. During his lifetime, he fought in 472 battles, among which 79 were the most important, altering the course of history. He used to ride on horseback for 123,000 kilometers at a stretch during his campaigns — a distance which is 10 times more than Hannibal, three times more than Napoleon, and twice more than Alexander the Great. Recognized as a national icon in contemporary South America, he is still remembered as one of the greatest figures during the Hispanic independence movements in the 19th century,

Documenting his life is the biographical and historical drama, ‘Bolivar’, a Colombian mini-series, written by Juana Uribe. It airs on Caracol Television in Columbia and on Netflix for its international audience. One of the most ambitious productions from the country, the filming of ‘Bolivar’ took place across multiple borders, spanning the regions of Toledo and Aranjuez.

Bolívar Cast: Who is in it?

Bolívar Plot: What is it about?

‘Bolivar’ is a true tale about a legendary hero whose name is synonymous with leadership, justice, and passion. The mini-series chronicles his inspiring journey as he forms an army of soldiers and common people who believe in one common ideology — to live in a free land. As the episodes unravel, we also get a detailed insight into the life of this fervent man, both on the battlefield and in his personal feats. The series narrates his stormy love life and his struggles after his mother’s death when he was still a child. The biography captures some of the notable incidents that changed his views about life, such as the death of his first wife within a few months after their marriage, his several lovers, his eventual mistrust in love, and his passionate relationship with Manuelita Saenz. As per history, Saenz played a major role in giving an aim to his revolutionary road and even accompanied him in all of his campaigns.

Bolivar was, and still is, a legacy. He crossed borders to help his people and gave his life for them. He still resides in the hearts of all those who believe in unity, fraternity, brotherhood, and freedom. ‘Bolivar’ is an informative, educational, and motivating drama, which covers both the political and humane sides of the titular character. Filmed in more than 300 natural locations in Colombia and Spain, this ambitious project also has its share of controversy. Even before the series debuted, it was criticized by the president of Venezuela, Nicolás Maduro, who stated that the show is aimed toward potential defamation. Well, every historical project has its share of criticism. But that does not stop fans from enjoying something which is both enlightening and entertaining.

Bolívar Season 2 Release Date: When will it premiere?

‘Bolivar’ Season 1 premiered on Netflix on June 21, 2019. Bringing together political issues, social causes, and romance, it is a true-facts-inspired period drama that is sure to stand true to its claims.

As far as the next season goes, we don’t have an official announcement yet. Though considering the fact that the show was conceived a mini-series, it is unlikely that the show will get another season. Though, in the world of television, nothing can be said with certainty. If the show develops a huge following, we can expect ‘Bolivar’ Season 2 to be greenlit. If that happens, we will update you about ‘Bolivar’ Season 2 release date.

While we wait for an update on ‘Bolivar’ Season 2, check out the season 1 trailer below. If you haven’t seen the show yet head over to Netflix to catch all the episodes of the previous season.