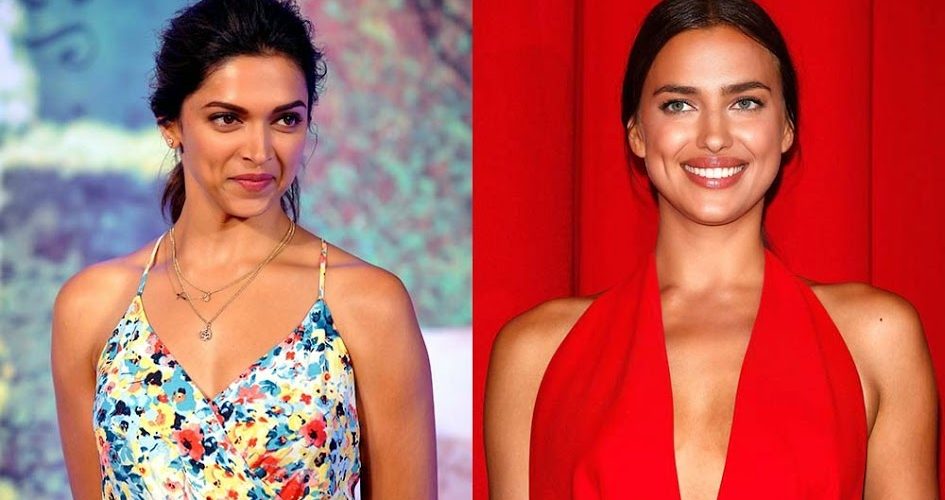 Whatever you may call it – doppelganger, lookalike, twin, brother from another mother, distant relatives – celebrities who look like one another is a natural and a very commonplace phenomenon. Even within the same film industries there are many look-alikes. For instance once upon a time in Bollywood Zeenat Aman and Parveen Babi made headlines for being similar in their looks and approach. Today let’s have a look at the Bollywood stars and their Hollywood twins. 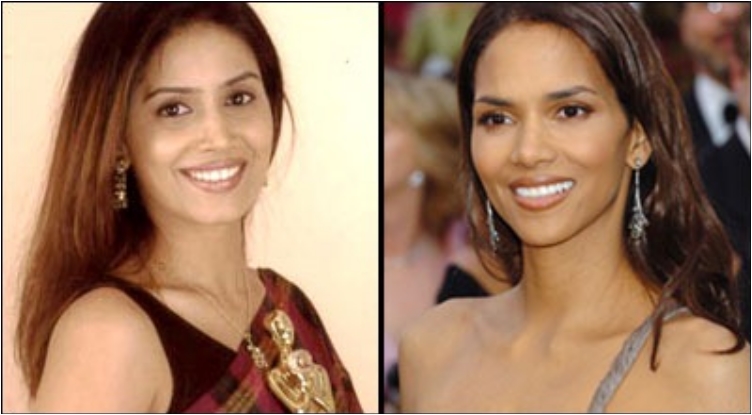 It’s not hard to notice the similarities between them. To begin with both are brilliant actors. They share the same dusky skin complexion and when they smile it’s almost impossible to tell them apart. Even their body structure is similar. While Halle Berry experiments with her hair a lot Sonali Kulkarni loves her natural brunette locks and mostly likes to keep them open. They are poles apart in terms of personality as Sonali is more traditional and Berry is a woman of the world but when it comes to choosing and portraying challenging roles on-screen they leave no stone unturned. 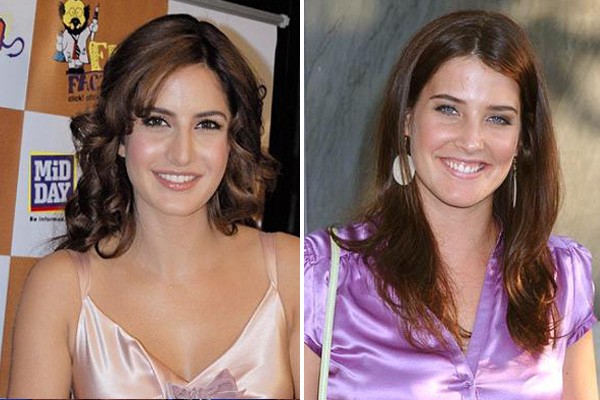 Just focus on the photo above and tell me you don’t notice any similarity between the two. Of course you do. Katrina with her half British and half Indian genes bears close resemblance to the Canadian Cobie Smulders. Their biggest USP as actors are their hypnotic beauty and to be very honest they both are aware of the fact that acting is not their strong point. Cobie Smulders became a house hold name with the show ‘How I Met Your Mother’ and Katrina won million hearts with her dancing and picture perfect looks. Looks like they are not only similar physically but are soul sisters too. 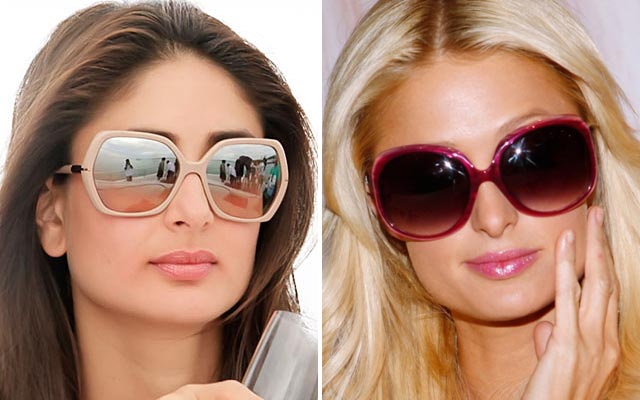 To begin with they are both rich, spoilt brats who have inherited millions from their families. Physically they share the same cheekbone structure and at one point they both flaunted size zero figures. If Paris Hilton sports dark black hair she would look almost identical to Kareena. Their public image reflects a very narcissistic kind of charm in their personalities. While Paris Hilton had reality shows dedicated in her name Kareena Kapoor’s screen roles quite often depicts her as someone who loves herself way too much. Remember ‘Bebo Main Bebo’ and ‘Main Khud Ki Favuorite Hoon’? 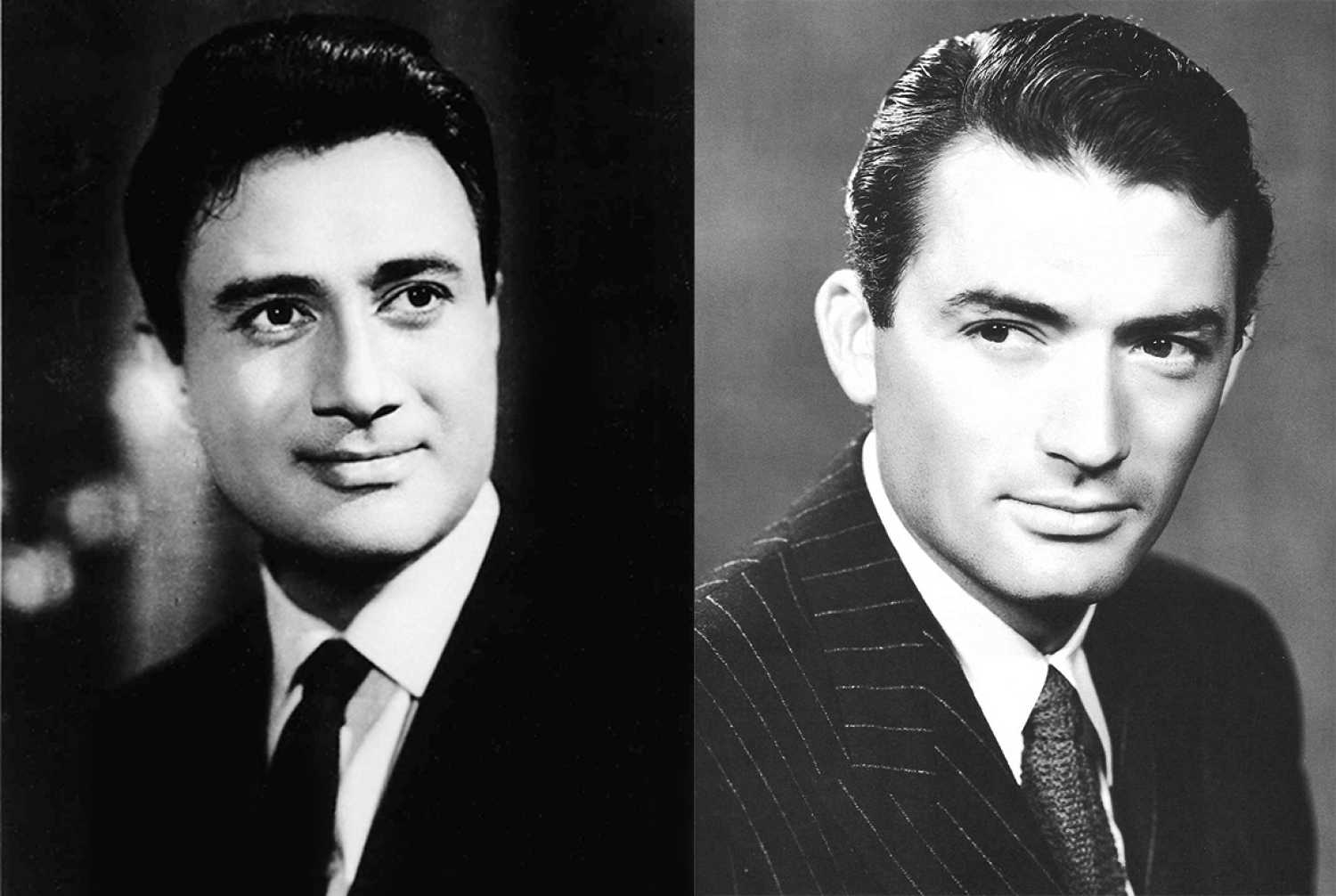 If you look very closely then you will notice that there isn’t much of a physical similarity between the two. They may resemble each other from certain angles but that’s about it. The act of comparing Dev Anand to Gregory peck is more a media hype than reality but let’s not be an expert here and give the comparison the benefit of the doubt. It all started with Dev Anand’s constant co-star and lover Suraiya when she gave a couple of interviews comparing him to the Hollywood star. From then it caught on like wild fire and the tag of being the Indian Gregory Peck stayed with him forever. Both the stars met each other a couple of times in various parts of the world and shared a good laugh about being compared to each other. 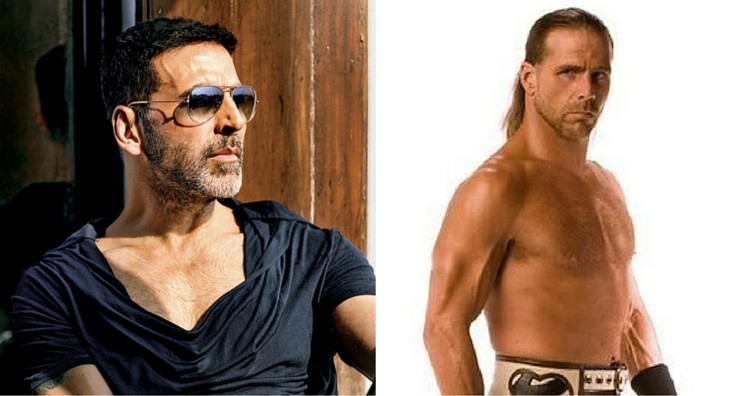 Both are extremely athletically build – one a film actor with a background in martial arts and the other a professional wrestler and a part-time actor. In the picture shown above they look very similar to each other as they share the same naughty smile and nose structure. Let’s just say if someone ever makes a biopic on Shawn Michaels, Akshay Kumar will be the perfect candidate to play him. Their body structure is similar and it will be a real delight to see them together in a photo shoot.