Where to Stream ‘Bombshell’? 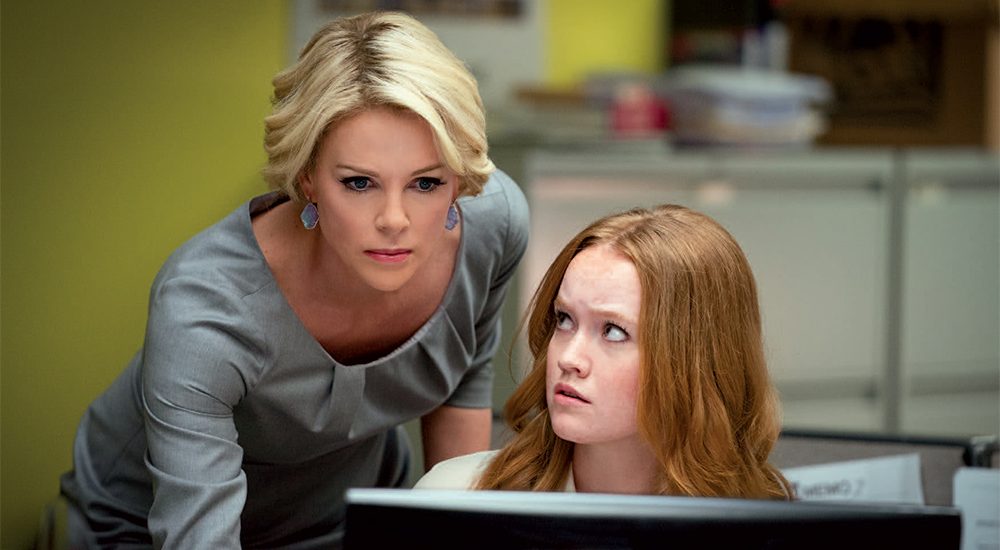 We are so used to an era when heroes dominate the entertainment scene. But it’s also worthwhile to mention that films which revolve around genuine antagonists and creepy villains are too engrossing to not come to the limelight. We have witnessed the corrupt, disgraced lawyer in ‘Where’s My Roy Cohn?’, the gangsta kings in ‘The Irishman‘, and the ousted Fox News CEO Roger Ailes in ‘Bombshell‘.

Directed by none other than Jay Roach and written by Charles Randolph, ‘Bombshell’ is a fictionalized account of the true story where a group of brave women employees at Fox News embarked on a mission to expose CEO Roger Ailes for sexual harassment. Filmed in LA, the movie went into production in 2017 and was released in the US, on a limited scale, on December 13, 2019. ‘Bombshell’ is scheduled for a wider release on December 20, 2019, by Lionsgate.

What is Bombshell About?

‘Bombshell’ releases as a time when the #MeToo movement has garnered worldwide coverage. It led to a team of female employees in 2016 to accuse Fox News’ founding head, Roger Ailes, of sexual harassment. He was ultimately forced to resign shortly after and met with his demise in May 2017.

The story follows two daring Fox reporters, Megyn Fox (Charlize Theron) and Gretchen Carlson (Nicole Kidman), who finally decide that enough is enough. They are exhausted from the constant groping, fondling, and inappropriate advances in their workplace. In order to put an end to their boss’ incessant urge for seeking sexual favors, they go ahead and lodge a complaint. And thus begins a tricky tale of bringing down a creepy yet powerful titan, who, in reality, was actually removed from his position by Rupert Murdoch, who had originally launched Fox News in 1996.

A clever, ambitious movie, ‘Bombshell’ features its leading ladies as headstrong female employees with icy smiles and strong goals. But they do not bow down to a system of workplace harassment that was made a routine in an elite office. Yes, the storyline is engaging and equally talented is the cast, with the lead actors bringing in the exact mix of ideological differences and complications in the characters of Megyn and Gretchen. No doubt, the film has been applauded by critics who were in awe with the main performances. Theron and Margot Robbie even received nominations for Best Actress Drama and Best Supporting Actress, respectively, at the 77th Golden Globe Awards.

Is Bombshell On Netflix?

Well, whenever an awaited movie is out, the first thing we do is to head to Netflix and check if the title is streaming on the platform yet. However, since it’s not an original and the movie has just released in theaters, we doubt ‘Bombshell’ will be available on Netflix anytime soon. But check out this list of similar movies and we bet, you can find some worthwhile titles to binge on the streaming giant.

Is Bombshell On Amazon Prime?

The next platform that we would no doubt turn to after skipping Netflix is Amazon Prime. They have an unending collection of flicks that any moviegoer would love to catch up on. But since ‘Bombshell’ is having quite a successful run in theaters, it will be a while if it releases on Prime anytime soon — if at all it is streamed there. But you can find some of the best female-centric movies on the platform if you wish to check out any of them currently.

Is Bombshell On Hulu?

Hulu has never backed down when it comes to bringing in some of the most-watched flicks to attract its vast subscriber base. But again, ‘Bombshell’ has not arrived on the network yet. It might come out in the near future and we will update this section as soon as it lands on Hulu.

Where Can I Stream Bombshell Online?

‘Bombshell’ is a new release. So, legally, you cannot stream the film online at the moment. However, the film will be available for buying and renting on platforms like iTunes and Amazon Video from February 25, 2020 onwards.

Is Bombshell on DVD and BluRay?

The producers and distributors of the film have confirmed that the DVD and Bluray versions of ‘Bombshell’ will be available in the market from March 10, 2020 onwards. However, you can pre-order the same from Amazon right away.

Can I Stream Bombshell Online For Free?

No, not at all! Maybe, we should not even think of that option. Barring unclear prints and audios, it is really not recommended to download anything for free, considering the amount of effort that goes into creating such a high-budget, ambitious film. It’s still available in theatres. Why not spend some time and give it a watch at your nearest venue?