All 6 Bong Joon-Ho Movies, Ranked From Average to Best

The trademarks of Bong Joon-Ho are long takes with many events happening on-screen and the camera being able to capture all of them. In many of the scenes in his movies, as one event is happening on screen, another occurs in the background that diverts the audience’s attention. His movies display strong subject matter while often filled with clever, dark humor. Bong Joon-Ho prefers to makes socially and politically conscious films with bold, saturated colors throughout the movies. To prove that what a brilliant director he is, here is the list of top Bong Joon-Ho movies, ranked from average to best. 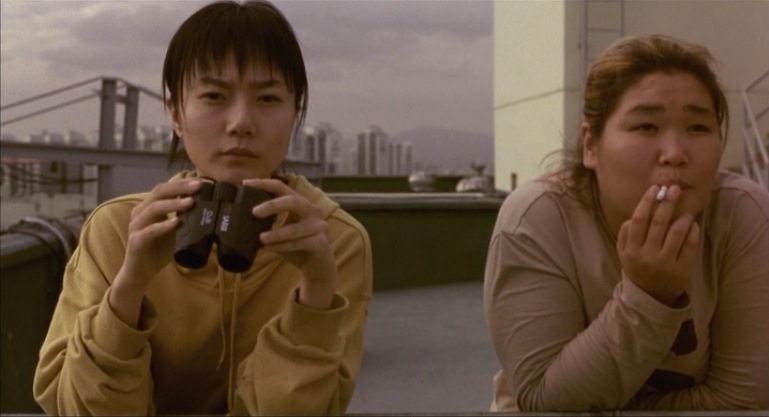 Bong Joon Ho’s debut film may not match up to the quality of his later efforts, but it is still a very respectable first outing. The film is follows an idle part-time college lector who is annoyed by the yapping sound of a near-by dog. He decides to take drastic action. Soon, the dogs in the neighborhood go missing. Jong Ho’s films always have a social commentary and this one is no different. Only this one is a satire. His other films fall more into thriller or horror genre. 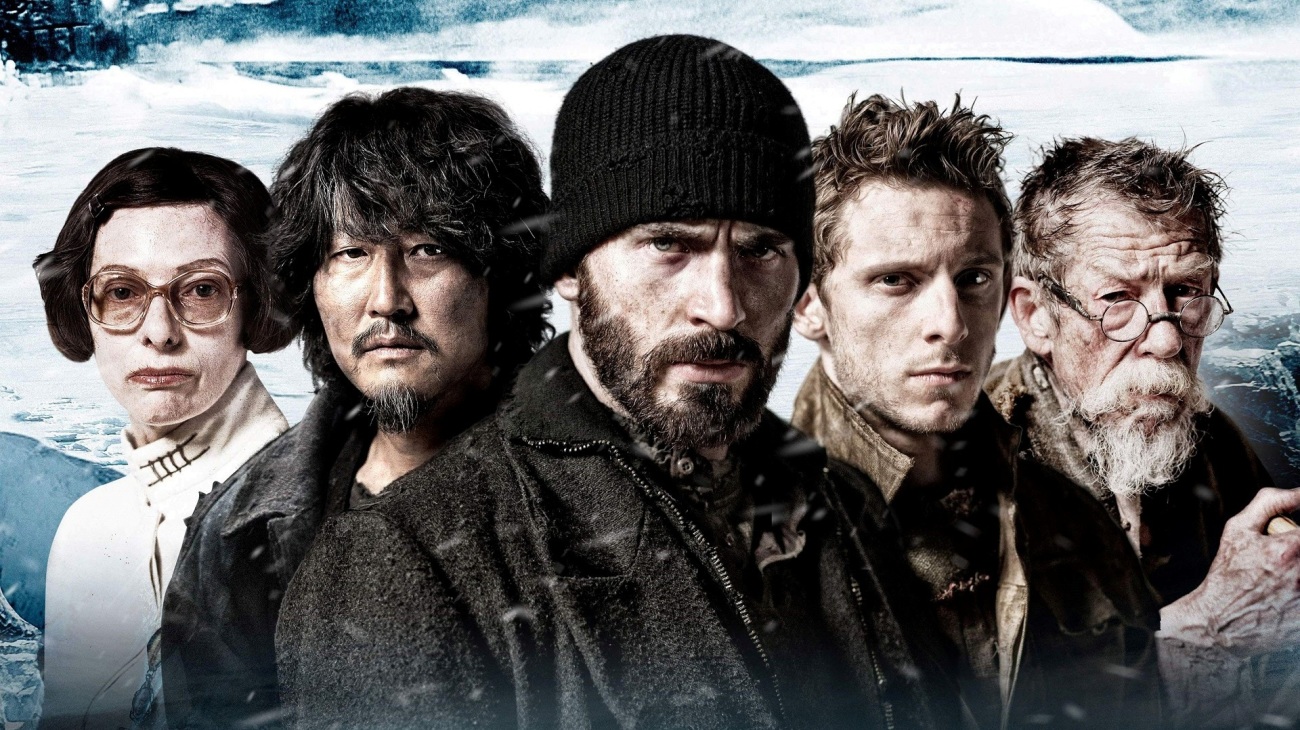 “Snowpiercer,” at first, can seem like the run-of-the-mill dystopian future film where the ones who are tired of the Haves treating them like garbage decide to rise up and bring about a new regime, and it is totally that. However, director Joon-ho Bong brings a film that had tremendous action, a new surprise around every corner, an addicting story, and characters that are easy to invest in and cheer for their survival. It is intriguing from beginning to end and leaves you with a bittersweet ending.

‘Okja’ is a rare gem of a movie that blends multiple genres into one intriguing and thoughtful narrative. It is a true emotional roller coaster as it makes you laugh, cry, and scratch my head in bewilderment. Most importantly, this film has heart and it manages to captures yours in the process too. The movie, according to me, is highly recommended to those unafraid of unconventional, even weird, plot and characters. The movie shows enough of a unique monster to get you interested, but does the human drama We get to know and like the characters, feel with them and watch them progress in more than the literal way. Meanwhile we still get fed enough screen-time of the monster. The great thing is, that our protagonists really have a good reason and motivation to concern themselves with the monster and we don’t just get the usual premise, that the military has to remove the threat. It even takes it a step farther and involves the opinion of civilians and the government deceiving them. 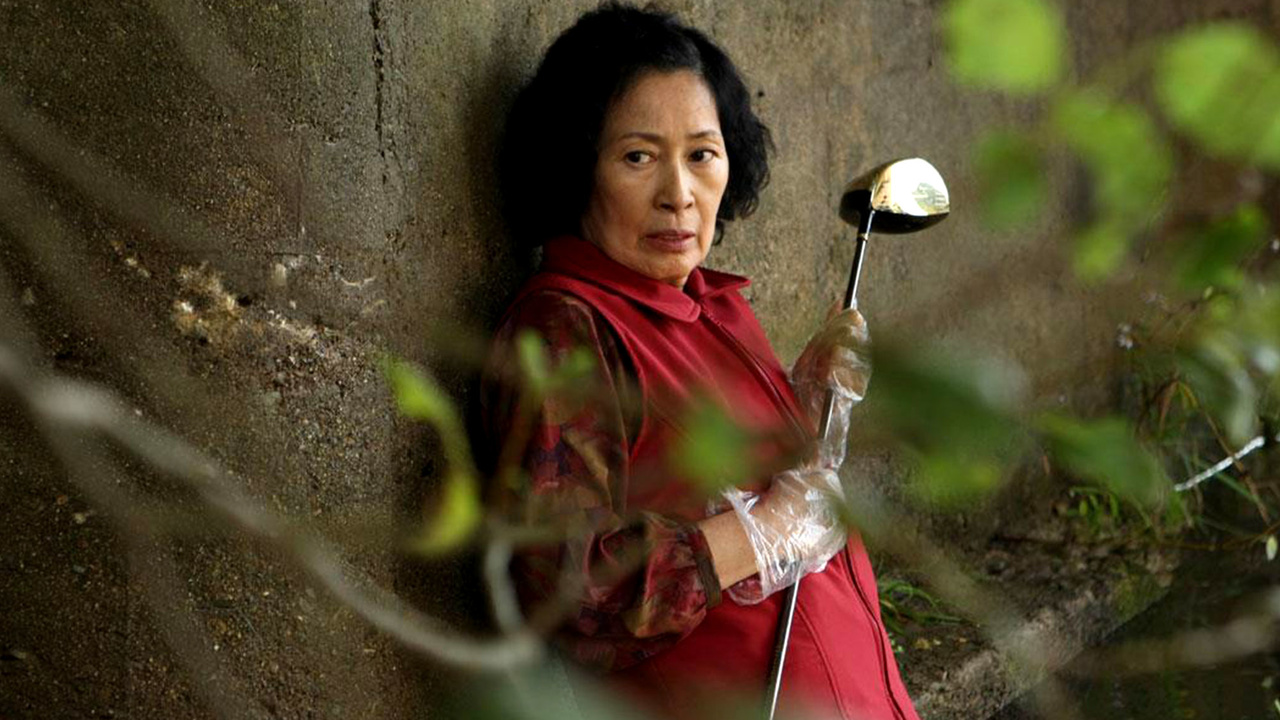 This film takes you through an intense journey that is reminiscent of an Alfred Hitchcock film. The journey is extreme and witty. One that takes you through a maze of deception. Although very intense, the movie also has typical Bong’s style of dark comedy, which makes it humorous as well. This film can be described a quite strange, yet fascinating. This is ,without a doubt, one of Bong’s best films that he has directed so far. His creativity shines and is demonstrated in every scene. His talent is a reflection of his artistry. Bong makes it a very stylish film. 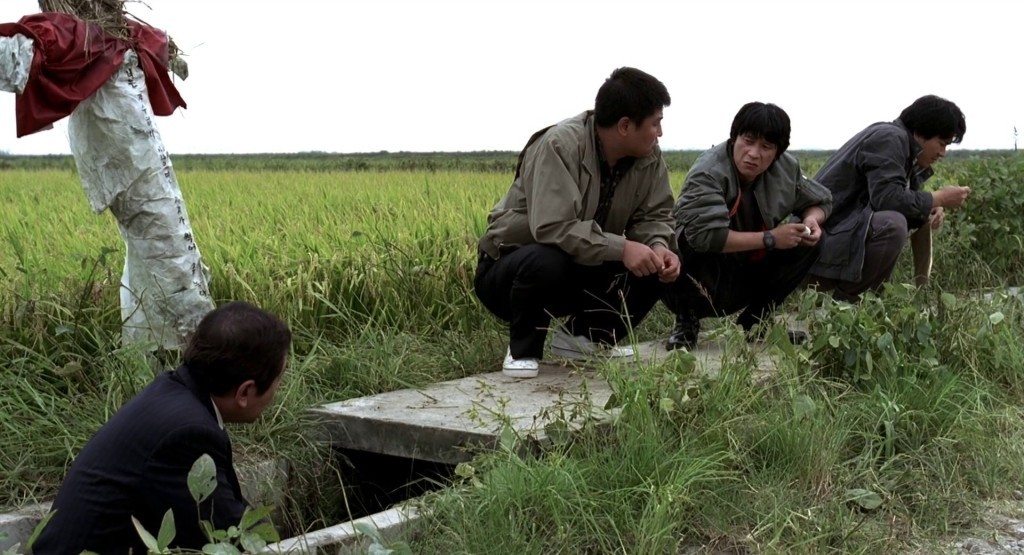 ‘Memories of a Murder’ is a powerful, haunting, gut-wrenching, and heartbreaking story. We see how these men fail at their methods despite giving their heart and souls to the case day after day. Developed obsessions with possibly suspects even have the detectives at each others’ throats. The film is quite absorbing as we see how each detective loses a bit of their humanity as they cripple at the leads that fail them or at an eyewitness who perishes accidentally during a horrible train accident. The Korean leads all bring much to their roles.

During the film each character is fleshed out and exposed of their flaws at trying desperately to catch a killer against many odds such as unavailable forensic techniques or civilians trampling over crime scenes. Beautifully crafted by director Joon-ho Bong who adds many humorous bits sprinkled throughout so that the achingly tragic story will not be such a burden to sit through. Bong respects the victims by not dwelling on the murdered bodies too long.