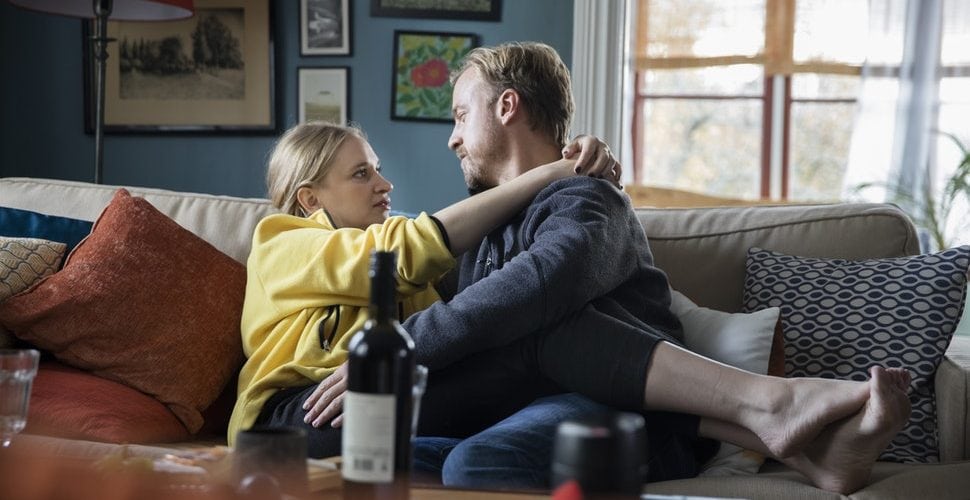 ‘Bonus Family’ is originally a show from Sweden called ‘Bonusfamiljen’. In Sweden, it was aired on SVT. The show was created by Felix Herngren, Moa Herngren, Clara Herngren and Calle Martin. It was produced by the Swedish Company FLX. ‘Bonus Family’ is a television series that effortlessly blends comedy with drama to create a genre that is popularly termed as “dramedy”. It was a huge hit in Sweden and even won the Kristallen award, which is the official Swedish television award, in 2017 for being the ‘Best TV-Drama’.

Netflix acquired the rights to the show outside Sweden to gain an international audience for the show. The deal between Netflix and FLX was finalized in 2017. Pontus Edgren, the managing partner at FLX, did us a favor and explained the show’s pleasantly strange title. He says, “In Sweden, which surely is one of the most politically-correct countries in the world, we don’t say step-dad or step-mom anymore because it has a negative connotation; instead we say bonus dad or bonus mom.” So that explains it.

Bonus Family Cast: Who is in it?

Vera Vitali plays Lisa who is a work at home mother. Patrik is a school teacher who is played by Erik Johansson. Katja is Patrik’s ex-wife, played by Petra Mede. The role of Martin, that is Lisa’s ex-husband, is played by Fredrik Hallgren. Lisa and Martin’s son Eddie is played by Frank Dorsin, and their rebellious teen daughter Bianca is played by Amanda Lindh. Partik and Katja’s son William who is the same age as Eddie is played by Jacob Lundqvist.

Bonus Family Plot: What is it about?

‘Bonus Family’ is centered around the complexities that come with the relationships in modern family life. We see a couple, their exes and their children attempt to navigate the tricky logistics and emotional challenges of their blended family life in this expertly crafted Swedish dramedy. There was a time when characters Lisa and Martin were married, and so were Patrik and Katja. It was not much after, that Lisa and Patrik lay eyes on each other and fell in love and eventually got together. Now all the four adults are raising their ‘Bonus Family’ together. It is not perfect. Martin is still crazy in love with his ex, Lisa. Quite obviously, Partik detests the presence of Martin. Katja is one character who permanently seems angry and ticked off.

In this whole turmoil, the children too are affected. Young Eddie can’t stand his new stepfather or his extremely innocent, same age brother, Wille. Wille is trying to make the best of the situation but is also curious and puzzled as to why his father is living in a new home and having a baby with Lisa. Bianca who is the teenage daughter is in the middle of her rebellious phase. She has fallen out with her dad, Martin in almost all situations.

The marriage of Lisa and Patrik in a way rips up the two families and creates problems for everyone. No one is on board with this, and it angers everyone. Things in their families have changed and it has effected everyone. But ultimately they are just going to have to find a way to stick with each other and make the best of it so that they can thrive together. However, this might be easier said than done as a few other curve balls are headed their way. Martin’s mom coming out as a lesbian and Lisa’s announcement of her pregnancy ranks among these. The family goes through regular banter and therapy in order to keep functioning as a unit. This is, of course, difficult, considering there are two exes and discordant children.

What is most striking about the show is the fact that it teaches that love can happen at any time, and humans relationships are always complicated. However, we must look beyond all that to the true underlying theme of the show, vis a vis, coexistence. Despite all the jealousy, rage and frequent quips, this family still manages to get through the day together and still have the confidence to try and raise their children. It is also a commentary on Swedish society at large and how progressive societies attempt to cope with the most convoluted of situations.

Hopefully, in the upcoming season, we will see the show continue in a similar streak. We expect the family to hit a few more hurdles before they slip into an effortless functioning unit, as families tend to be. We need to take this away from the show, that all the family’s members have their own perspectives and desires, but they are willing to look beyond that to be accommodating of the other person’s needs. While this does not always go off seamlessly and descends into quarrels and resentment, the underlying motive is indeed the mark of a progressive society, which is what ‘Bonus Family’ tries to portray anyway. When the new season airs, we are hoping to see the exes finally getting over the fact that their former marriages are over and now might be a good time to move on. More importantly, we also hope the children get along better, especially William and Eddie, who started out on a wrong foot but have been making amends ever since.

Bonus Family Season 4 Release Date: When will it premiere?

‘Bonus Family’ Season 3 premiered on February 13, 2019 on SVT. It is set to release on Netflix on July 12, 2019. While no official release date has been announced for Season 4 of the show, one might hazard an educated guess about the tentative release date. The show has usually come out with a new season each year, so there is no reason we should not expect Season 4 to air sometime in 2020. As for the release month, the previous seasons have mostly released in January, except for Season 3, which came out in February. At this moment, it would be safe to assume that ‘Bonus Family’ season 4 will release either in January or February of 2020.

‘Bonus Family’ Season 4 does not have a trailer yet. However, you can check out the clip below to get a better idea of what the show is about and what the future season might hold in store for you.