When Does Bordertown Season 3 Release on Netflix? 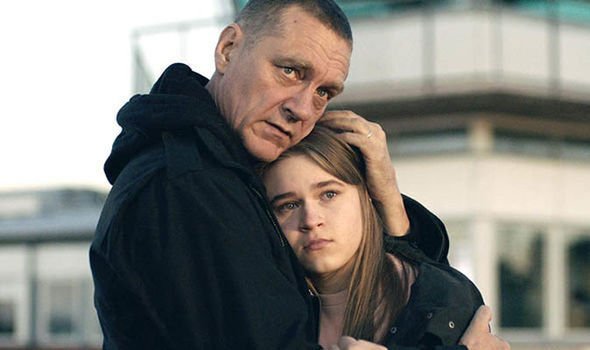 Scandinavian or Nordic Noir is a thing these days and a pretty popular genre at that. These dark, disturbing, dystopic thrillers are suddenly gaining a solid amount of popularity. And ‘Bordertown’ is definitely one of them. Called ‘Sorjonen’ in the original Finnish platform, ‘Bordertown’ is a crime drama television series which seems all too real, even though it is said not to be based on any real-life events. The story is described as a “Scandinavian crime fiction” that “combines family drama with police procedural in a uniquely exotic setting.”

The thriller series follows the chief investigator, Kari Sorjonen, as he moves from Helsinki to a small and sleepy town on the border between Finland and Russia, with his family, looking to escape the horrors of his career and to find some peace. The relief from trauma and the escape from the horror of one too many murder victims that he is looking for, however, fail to materialize. What he finds, instead, is himself faced with new murders and the possibility of a serial killer who might have some connection to his family.

‘Bordertown’ is full of suspense, murder investigations, and family drama. This Finnish language series also won an Emmy for Outstanding TV Drama in 2017. Soon after, it was taken up by Netflix to air for its international audience. Well, after two incredible seasons, the show was renewed for its third edition. Here’s when ‘Bordertown’ season 3 will release on Netflix.

Bordertown Season 3 Release Date: When Will it Premiere?

Bordertown Season 3 Cast: Who’s in it?

Bordertown Season 3 Plot: What is it About?

The plot premise is simple enough, and it is in these simple ways that the worst horrors often begin. Quirky, gifted, detective Inspector Kari Sorjonen, a respected National Bureau of Investigation officer takes a new job, in a sleepy border town when his wife survives cancer after a hard fight. Used to delving into and solving the most despicable crimes in Helsinki, he takes a job in the small border town of Lappeenranta leading SECRI, the Serious Crime Unit. Determined to enjoy a quieter, simpler, less complicated pace of life so he can find quality time for his wife and daughter, in this town on the Finnish-Russian border, he’s soon foiled when tragedy strikes in the most unexpected way imaginable. He gets drawn into a string of murders that connect to one another, sure, but also have some connection to his family.

Bordertown may be fiction, but it is certainly no fantasy. What it is, is a dystopic, dark, gritty crime series wherein darkness lurks below the surface in even the most unexpected places. Fisher King producer Matti Halonen told that “It felt for us that when we started to create the show, it was a natural place for it to be set,” he explained. “It’s the border of the Western world and Europe with Russia and the East – two different cultures, two different economies. It’s full of drama!”

But as per Pascal Breton, the founder, and CEO of Federation Entertainment, Bordertown is reminiscent of some American-made noir series. He said, “’Bordertown’ reminds me of Twin Peaks,'” he told, in reference to this David Lynch’s notable TV series. “Every scene is real but a little weird; Every character is real but a little weird. … Absolutely, the family is very important in this thriller especially the father and the daughter. Plus, it’s located at the border of Scandinavia and Russia, and of course, we haven’t seen a great Russian dark crime series. “Bordertown” is half-Russian and we don’t know exactly what is happening in remote places of Russia, in the little Nordic towns in Russia. We sense that there could be a lot of corruption and a lot of crazy people, I think we are playing with that in “Bordertown.”

In season 3, Sorjonen is seen tackling a bunch of even more complicated cases. He unravels that there is a pattern between the current and past crimes. The killer is tracking Sorjonen’s every move and is challenging him at every turn. Moreover, the return of a familiar face makes the situation tenser and crazier.

Check out the trailer for season 3 right here.