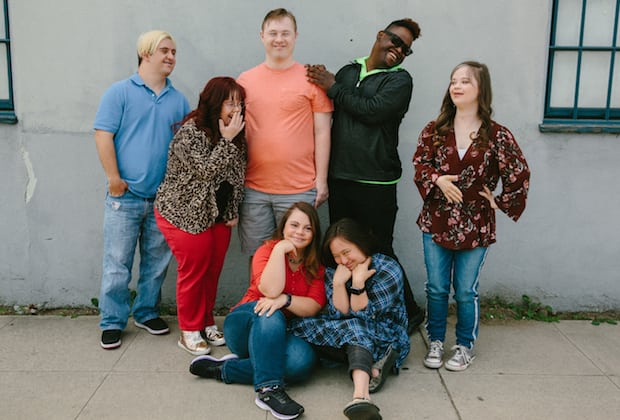 ‘Born This Way’ is an award-winning American reality television series that airs on the A&E network and is available on Amazon Prime Video.  Created by Jonathan Murray, directed by Laura Korkoian, and produced by Bunim/Murray Productions, the show follows a group of adults with Down syndrome as they deal with the multitude of challenges which arise in their lives.

A relatively old show, Season 1 of ‘Born This Way’ premiered on December 8, 2015 and received outstanding reviews from television critics and viewers alike. Unsurprisingly, A&E renewed the show quickly, and Season 2 premiered on July 26, 2016, and it was followed by the releases of Season 3 and Season 4 in May 2017 and August 2018 respectively. Since then, fans of the show and television critics alike have been awaiting news on a fifth season. Here’s everything we know about the prospects of a fifth season thus far.

Born This Way Cast: Who is in it?

The show features a group of seven young adults who have Down syndrome.

Rachel Osterbach is one of the seven. A young woman working at an insurance company, Rachel is known for her ability to brighten up any room she walks into, and she’s also a major Adam Lambert fan. Further, Rachel is also a bit boy crazy and is constantly on the lookout for a man with whom she can be in a romantic relationship.

Self-declared “ladies man” Sean McElwee is another person on who the show focuses. While on the surface Sean tries to be a ladies man, beneath it he’s a talented athlete and a very caring friend. Sean, interestingly, is also the subject of three books written by his mother Sandra, which document his journey through school and beyond. In the show, Sean struggles to become completely independent after his parents move out of their home into a new, smaller one.

Despite having Down syndrome, John Tucker is a particularly talented individual who derives joy in life by entertaining others. John is extremely proficient at expressing himself through music, art, and dance, and is an adept rapper who has an album called “JT: The Project” to his name. Supported by his loving family, John looks to take his music to the next level in the show.

Cristina Starz is another star of the show, and has close-knit family which hails from Spain. A romantic at heart, Cristina has been in a relationship with her fiance, Angel Callahan, for six long years, and she hopes to have an independent life with Angel someday. Her hobbies include learning languages.

Megan Bomgaars is a rather proactive member among the seven, and she came into fame after her video, “Don’t Limit Me”, took the internet by storm. An advocate of inclusion, Megan travels around the country giving speeches on the importance of inclusion. She also manages a clothing company by the name of “Megology” and is inseparable from her mother, Kris, who has earned the moniker “Dream Maker”.

The sixth star of the show is Elena Ashmore. Born to an Australian father and Japanese mother in Japan, Elena is someone who comes from a multi-cultural background. Elena’s hobbies include traditional Japanese Taiko drumming and cooking, but throughout her life, she has had trouble coming to terms with her condition. However, every cloud has a silver lining, and Elena’s internal conflicts and how she overcomes them serve as an inspiration to the other cast members in the show.

Finally, the show also stars Steven Clark, who has a rare form of Down syndrome called Mosaic Down syndrome. Owing to this rare form of the disability, the cells in Steven’s body are different from those of others, and consequently, he doesn’t share the characters of a person affected by more common forms of Down syndrome. This, of course, had an effect on Steven from childhood, and even in adulthood, Steven struggles to fit in.

Of course, all seven cast members are indispensable for ‘Born This Way’, and if the show returns for a fifth season, we can expect all of them to return.

Born This Way Plot: What is it about?

For those not acquainted with Down syndrome, it can be a rather debilitating condition. Down syndrome is a genetic disorder which results from the existence of the entirety of or a part of a third copy of chromosome 21. Typically, Down syndrome leads to slowed physical growth, minor intellectual disability, and dysmorphic facial features. Although the average IQ of an adult having Down syndrome is equivalent to that of an eight-year-old or a nine-year-old child, this varies massively across those with the condition.

Understandably, those born with Down syndrome often face many challenges in life, and the show documents the lives and struggles of a few such individuals. At the beginning of the show, the cast members get acquainted with one another and go about their lives trying to fulfill their dreams and aspirations. Be it their dreams of watching concerts, making their own music, landing a dream job, finding love, or simply becoming independent, the cast members demonstrate enormous willpower and grit to take charge of their own lives. In this capacity, the show is not only an inspiring one, but also one which sensitizes other people to Down syndrome patients.

Unsurprisingly, the show has done well among television critics who have praised it for its unique premise and its efforts to spread awareness and sensitize people. On Rotten Tomatoes, Season 1 of ‘Born This Way’ enjoys a perfect score of 100%, and the show has a solid rating of 8.2/10 on IMDb. In fact, the show is so well made that it has three Primetime Creative Arts Emmy Awards to its name.

Born This Way Season 5 Release Date: When will it premiere?

Season 4 of ‘Born This Way’ premiered on August 15, 2018. As far as the next season goes, we don’t have an official announcement yet. Though considering the popularity of the show, we would be surprised if it doesn’t get another season. All the last four seasons came within 18 months of each other, so our best guess is that if the show does get renewed ,’Born This Way’ season 5 can release sometime in December 2019 or early 2020. We will update this section as soon as we hear more.

While we wait for news on the future of ‘Born This Way’, here is the trailer for Season 4 to give you a glimpse into this award-winning show.