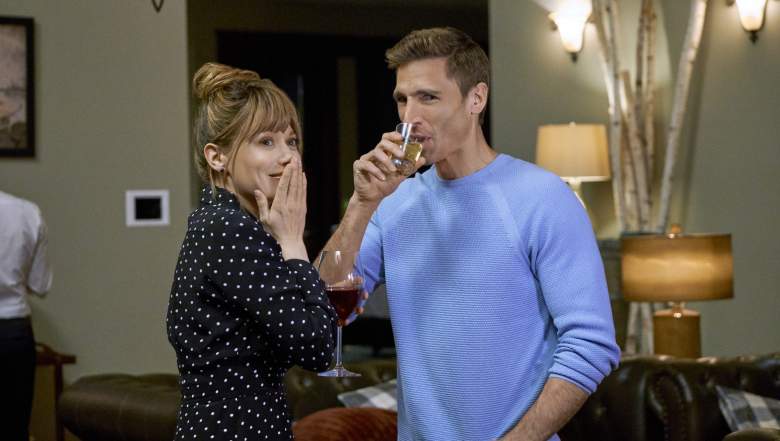 ‘Bottled with Love’ is another Hallmark movie whose title is both literal and figurative. Somebody in Hallmark’s creative team seems to have mastered this art/technique of making cheesy, romantic phrases movie titles masquerading as something literal from the premise.

‘Bottled with Love’ is a part of Hallmark’s ‘Spring Fever’ retinue of movies that aim to lighten up the relatively non-festive season between Valentine’s Day and Christmas. Such movies reaffirm Hallmark’s crown of being THE romance destination on television. The network deservedly wears that crown thanks to its continuous influx of television romcoms.

‘Bottled with Love’ might feel dated at first, but the film’s massive heart and the chemistry between the lead actors is what makes it another candy-coated treat. It might not be unlike anything you might have seen before, but then again; warm and comfortable movies hardly step out of the zone of familiarity. That is for good reason, of course: familiarity is the very essence of homeliness.

Hallmark promotes ‘Bottled with Love’ using a horde of good reviews, one of which calls it “Hallmark Channel’s Must See Movie of 2019.” Some of the other quotes from reviewers that the network uses to describe the movie include “charming, endearing” and “a love story you will fall for from the very beginning.” Well, given the fact that it has been decorated with praises, ‘Bottled with Love’ might just be a must-see film. Have a look at the trailer which showcases the film’s many appraisals:

‘Bottled with Love’ follows the numbers geek, Abbey who gets stood up causing her great misery. However, a friend comes to the rescue and urges her to express how she feels through the written word. Abbey listens to her friend’s advice and starts to write expressive letters. Then, she bottles them and throws them in a water body.

Of course, a charming fisherman named Nick gets his hands on them and decides to contact Abbey. The two strangers gradually start to become pen-pals, followed by falling for each other head-over-heels. However, there is a twist…

The two later realize that they weren’t actually strangers, to begin with. They actually know each other. Will this change the dynamics of their relationship? Will love ooze out of paper onto the two character’s hearts? There is only one way to find out.

Many of you might be wondering where ‘Bottled with Love’ has been filmed. The television movie presents viewers with yet another idyllic place to get charmed by. Continue reading to find out where this place is actually located.

‘Bottled with Love’ has been entirely filmed in Canada. Hallmark has enjoyed a special relationship with the country as multiple productions by the network have been filmed here. The reason is purely an economic one. The Canadian government provides lucrative tax-credits for productions that opt to film in the country.

‘Bottled with Love’ has been filmed in the city of Victoria in British Columbia. It is the capital of the British Columbia region. The scene where Abbey waits for her dinner date is Bastion Square. Furthermore, filming activities were also undertaken on 33780 Essendene Avenue in Abbotsford and on 1250 Wharf Street, Victoria.

Bottled with Love Cast: Who is in it?

The cast of ‘Bottled with Love’ is headed by Bethany Joy Lenz. The American actress is one multi-talented individual and can also sing and write songs. Plus, she is a filmmaker too. Lenz rose to prominence after playing Haley in ‘One Tree Hill.’ Apart from that, she has also appeared on the soap opera, ‘Guiding Light.’ ‘Bottled with Love’ is not her first Hallmark project. She also stars in ‘A Valentine’s Match’ and ‘Royal Matchmaker.’

Andrew W. Walker stars opposite Lenz. The Canadian actor is known for appearing in projects such as ‘Sabrina the Teenage Witch’ and ‘ER.’ Moreover, he has also appeared in multiple Hallmark movies before like ‘Love in Design’ and ‘A Dream of Christmas.’