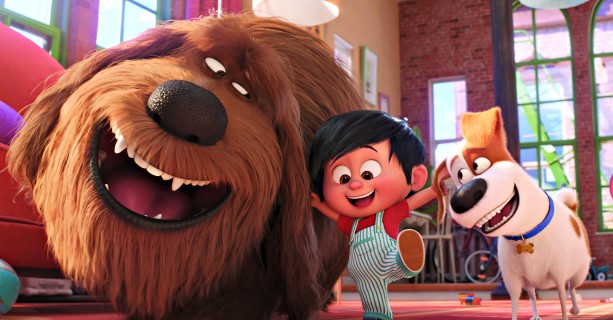 The two franchise movies, ‘The Secret Life of Pets 2‘ and ‘Dark Phoenix‘ opened to nearly half of what their predecessors collected from the box office. The highly anticipated ‘X-Men’ spinoff ‘Dark Phoenix’ earned a disappointing $14M on Friday night. The estimated weekend gross of the movie is $35M, which is the lowest opening in the history of the franchise after $53M of ‘The Wolverine‘ in 2013.

Meanwhile, ‘The Secret Life of Pets 2’ has earned $16.5M on Friday night and is looking forward for a debut weekend estimate of $46.2M – $50M. Still, ‘Secret Life of Pets 2’ will have the lowest opening ever for an Illumination movie in history. But the movie has picked up favorable word of mouth, which is expected to push the weekend haul past the $50M mark. The movie met with mixed reviews from critics during its first three days. It has secured a 53% score on Rotten Tomatoes, a 4.5/5 Postrak score and an A- on CinemaScore. On the other hand, ‘Dark Phoenix’ lags behind with a 22% Rotten Tomatoes score, a 3/5 on Postrak and a B- on CinemaScore, which are very ominous figures for the movie.

Disney’s ‘Aladdin‘ captures the third spot with a steady performance at the box office in its third weekend. The estimated weekend haul of the movie is $24.5M. Guy Ritchie’s remake of the mythical Arabian folktale has passed $500M worldwide earlier this week. The movie also brought a magical hat-trick for Disney as the first two movies from the studio, ‘Avengers: Endgame’ and ‘Captain Marvel,’ went onto become the highest grossing movies. of 2019.

The fourth spot is occupied by Warner Bros. and Legendary’s monster flick ‘Godzilla: King of the Monsters.’ The monsters suffer a blow in the form a drop to $4.3M gross on Friday along with an estimated weekend haul is $14.7M. The third movie in the MonsterVerse witnessed a fall of 69% at the box office earnings, reports The Wrap.