While some may argue that literary classics are better off left alone, others may see NBC Peacock’s ‘Brave New World’ as a pretty entertaining adaptation of Aldous Huxley’s sci-fi novel of the same name. Replete with sex scenes and violence, the series boasts excellent production design, music, and an impressive cast. Even when it comes to its overarching premise, the show keeps you engaged with its intriguing world-building and high-concept sci-fi elements. Not to mention, its well-known cast consistently delivers. With that said, since the ending and the ambiguous premise of the series can be a little hard to understand, here’s the complete breakdown of Brave New World’s finale.

‘Brave New World’ is set in a dystopian world known as New London. It’s a place where people follow a strict code of conduct for Soma—a mood-stabilizing drug that gives people a feeling of constant contentment. New London is primarily divided into four classes: Alphas, Betas, Gammas, and Epsilon. Alphas, as the name suggests, is the top class that controls all the administrations of the world. The Alphas impose two main rules on all the other classes: no monogamy and no privacy. The Epsilons make up for the worst treated working-class that cleans up behind all the others. This world is maintained by the highest hierarchies who use social conditioning and Soma to help people suppress any “negative” emotions. Above them is an AI known as Indra, which gains access to their combined consciousness through an optical nerve-rooted lens worn by all of them.

Everything seems perfect until Bernard Marx, an Alpha Plus counselor, investigates the death of an Epsilon. He finds out that the lower class man probably committed suicide, but this possibility seems impossible since none of the citizens feel depression or sorrow of any kind. And thus, Bernard starts realizing that people aren’t as all that content with their lives. Soon after this, Bernard goes on a trip to the other side of the world—The Savage Lands—with Lelina, a Beta. The Savage Lands is a place where “primitive humans” live. They don’t have Soma and experience a gamut of normal human emotions. Unfortunately, the trip does not go as planned, and ultimately, a savage named John manages to enter New London. John, who refuses to comply with the authoritarian rules of the new world, further fuels the “negative” emotions of the Epsilons.

How are Indra and CJack60 related? 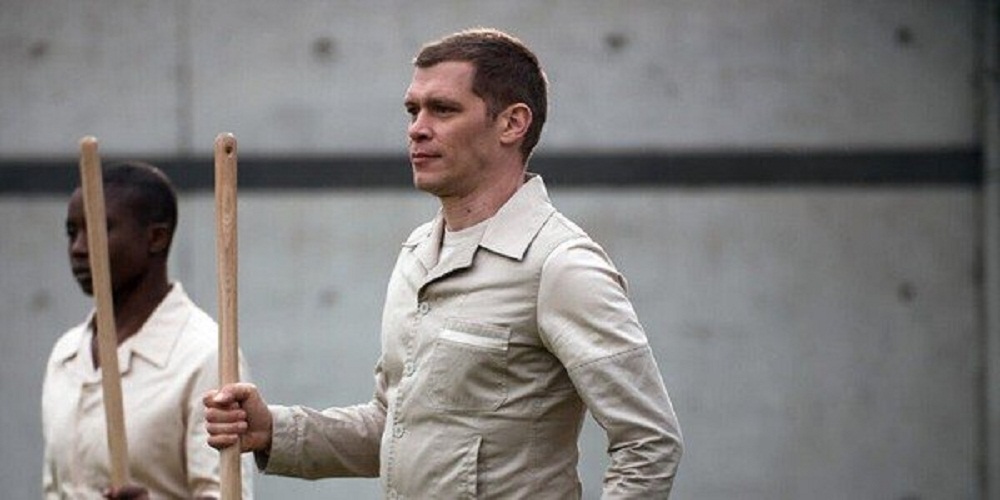 In the final moments of the series, John, unknowingly, starts a revolution where the Epsilons start killing the upper-class citizens. During these moments, Monds, the director of New London, takes CJack60 to a bunker located under their world. The bunker accommodates the founders of Indra, who are all connected to its mainframe. One of the bunkers is empty as Mond herself was in it. CJack60 also finds his look-alike, Elliott, in one of the bunkers, which makes him realize that he is a mere clone of one of the founders. Infuriated by this discovery, CJack60 kills his creator, and with Monds’ help, he unplugs all the other founders from the mainframe of Indra. This scene explains that Monds and CJack60 (as Elliot) were amongst the founders of Indra and had connected themselves to it too. They did so to find a perfect simulation to save humans from an apocalyptic event.

The Connections Between Indra and John, Explained 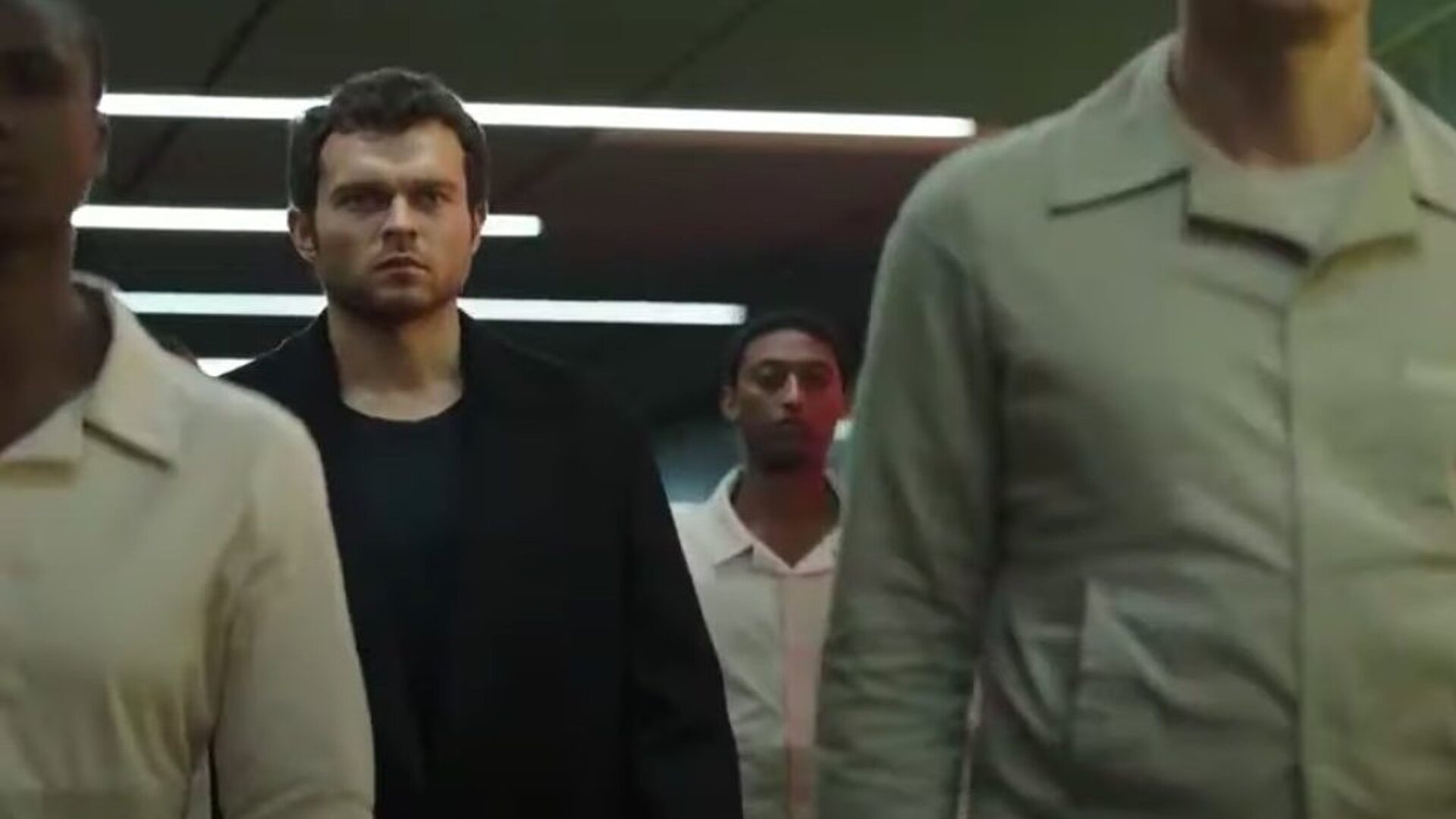 There’s a scene where Indra claims that she had planned John’s arrival all along. But could it be possible that she only says this to maintain her sense of control over New London? Well, that seems a little unlikely. If you think about it, John wouldn’t even be able to enter New London if it wasn’t for Indra. New London is surrounded by a protective dome that does not even allow birds, let alone outside humans, to enter its world. But the AI allows John to come in. There’s also a mysterious connection between Indra and John’s consciousness. John keeps drawing out several visions of Indra, including the underground bunker, on the walls of his home. These visions suggest the possibility that John was either controlled by Indra or he has a unique ability to access Indra’s information without even wearing the lenses.

John only entered New London after Indra learned about the Epsilon’s suicide. Since the suicide had already destabilized the ideal environment of New London,  it is possible that it was Indra’s plan all along to use John as a mere catalyst to destroy the unbalanced world. This theory also shows how Indra not only controls New London but indirectly manages to command the actions of the savages as well.

The Ending: Where are Bernard and John? 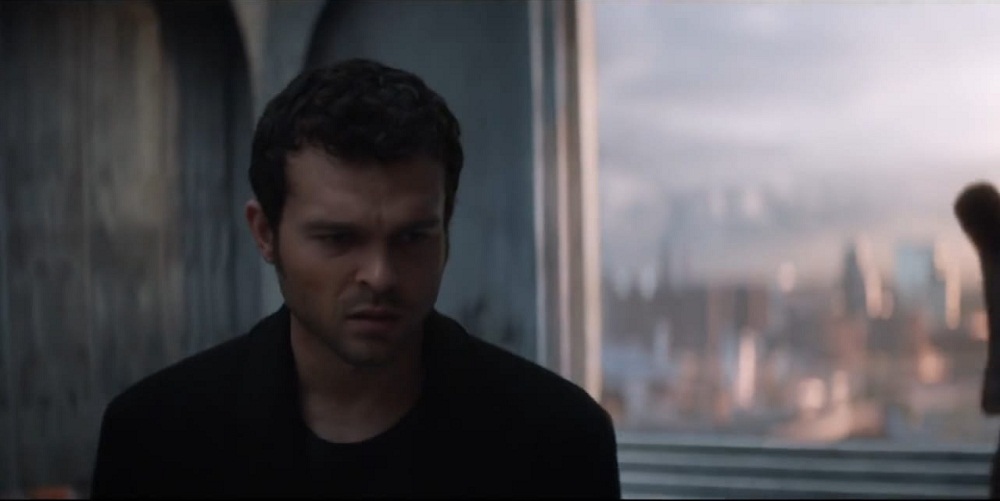 Several citizens of the New World die after the Epsilons break loose. In the meantime, when CJack60 and Monds disconnect the founders from Indra, the AI takes control over Bernard through his lens. After leaving the destroyed New London, Bernard escapes the make-believe world and meets Helm outside. Helm, who is also still wearing the lens, gets manipulated by Indra into believing that Bernard will now be her new leader. The two then make their way to the world of the savages, where Indra intends to create a whole new “perfect” world. Right then, a savage shows up and gives Bernard the cold shoulder. Bernard then offers her a golden box to establish a truce, and with this, the savage suddenly changes her mind and drives them to her world. In the meantime, Lenina and Monds hope to rebuild New London, while John lives alone in the ruins of the destroyed London, using a memory pod to get visions of Lenina.

What is in Bernard’s Gold Box? 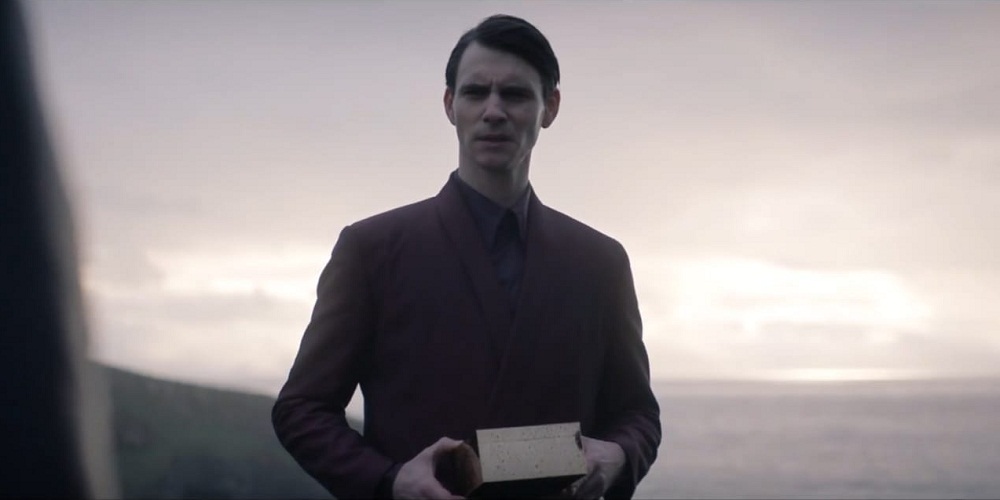 Although the contents of Bernard’s offerings to the savage are not revealed, it probably contains the source of Indra’s consciousness. Previously in the series, the savages only waged war against the New London citizens because they envied their perfect lives. So by offering Indra to them, Bernard uses their greed to lure them into buying Indra’s new plan of taking over their so-called savage world.