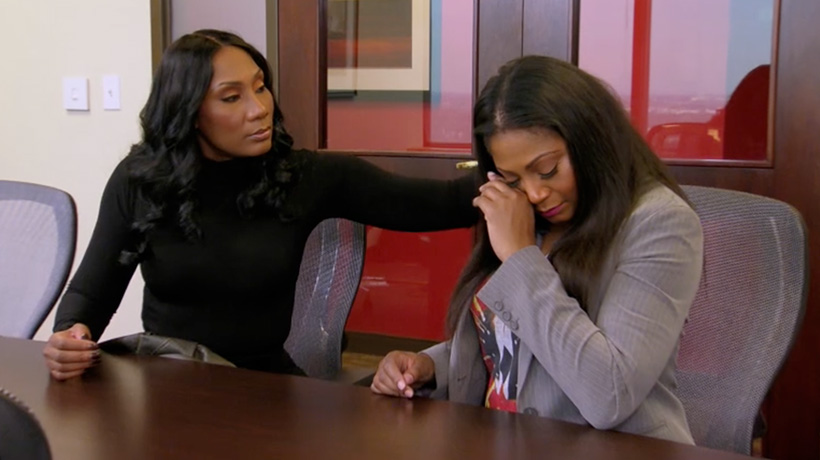 ‘Braxton Family Values’ is We TV’s reality television series that follows the ups and downs in the lives of the Braxton sisters, alongside their mother, Evelyn. The show is one of the channel’s most-watched titles and has even received favorable reviews from critics – a rare feat for a reality drama. Delivering the required dosage of a guilty pleasure, ‘Braxton Family Values’ has spawned six seasons to date. And now, it is making a grand return with its seventh edition. Want some more details? Our preview covers it all!

However, stars Tamar and Trina Braxton denied the claims and said that the series would return in March 2020. But there was a delay in the final release date. On October 2, 2020, it was announced that ‘Braxton Family Values’ season 7 will premiere on November 5, 2020, at 9/8c on We TV. New episodes will drop every Thursday at the same time slot.

Braxton Family Values Season 7 Cast: Who is in it?

The lead stars of ‘Braxton Family Values’ are the family members of the Braxton clan. We have Toni, singer-songwriter, actress, and television personality, who is recognized as an R&B legend. Billed as the “Queen of R&B,” she is the winner of several Grammy and Billboard Music Awards. Joining her are her sisters – Traci, Tamar, Trina, and Towanda, and their mother, Evelyn. Traci is also a singer who is married to Kevin Surratt.

On the other hand, singer Towanda is the co-founder of the R&B group The Braxtons. She is also a popular actress and is a mum to two kids. Trina is also a singer, actress, and reality television personality who has several movies to her credit. Finally, singing sensation Tamar had reportedly cut ties with We TV in July 2020. Therefore, she will appear only in a few episodes of the seventh edition. Other than Tamar, the rest of the stars will make full-fledged comebacks.

What can Braxton Family Values Season 7 be About?

‘Braxton Family Values’ follows the lives of the Braxton sisters, Toni, Traci, Tamar, Trina, and Towanda – and their mother, Evelyn, as they navigate their way under the spotlight. In their journey, the siblings need to face off issues like interpersonal rivalry, relationship drama, and professional hassles – while being guided by Evelyn.

Season 7 will follow the same premise, showcasing more trials and tribulations within the Braxton clan. The season kicks off with the siblings getting together after a tumultuous trip to Napa. They reunite to support Trina before her wedding. But as the ceremony starts, an unexpected incident threatens to divide the sisters! Will Trina have her dream wedding? Watch the premiere to find out!

You can check out the trailer for season 7 below!

Read More: Is Tamar Braxton Married? Does She Have Children?