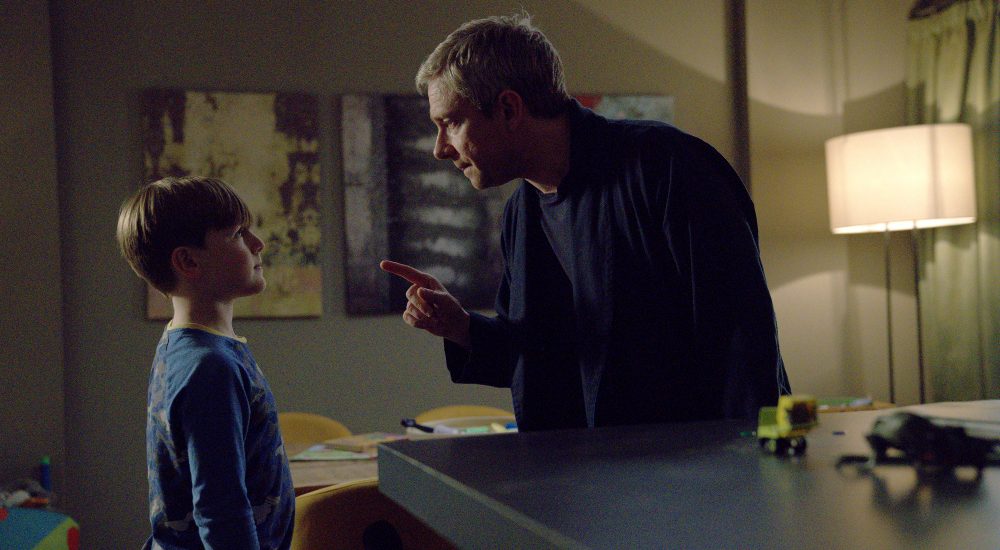 Being a parent is the most wonderful feeling in the world. However, parenthood also means a host of responsibilities, that might make individuals snap, or at the very least, transform. In ‘Breeders‘, we see Paul and Ally, who juggle their professions as well as two children, Luke and Ava.

Balancing mortgages, bills, careers, their own relationships, while also ensuring their children are well tended to, often turns into a panic-induced nightmarish situation. More often than not, the parents are left thinking that while they’d die for their children, sometimes they feel like killing them, for peace of mind.

The series wonderfully documents the reality of parenthood, making the experiences extremely relatable. ‘Breeders’ is off to a good start, and has dropped two episodes. Naturally, you might be wondering about what goes on here. We have got you covered with the recap, while we also tell you about when and where to watch the upcoming episode.

Breeders Episode 3 Release Date: When Will It Premiere?

‘Breeders’ Episode 3 is slated to be released on Monday, March 9, 2020, at 10 PM. The upcoming episode is titled “No Accident”. It sees Ally trying to get used to the continuous presence of her estranged father. Meanwhile, Paul questions if his son’s frequent injuries are his fault, or because the boy is accident-prone.

Where to Watch Breeders Online?

‘Breeders’ is on FX, so you can catch the series if you have a cable subscription. Even without one, you can stream it on the FX site. Hulu subscribers also have the option of streaming ‘Breeders’. Cord cutters can also watch it on Sling TV.

The first episode of ‘Breeders’ is titled “No Sleep”. Aptly, we see Paul, who thinks back to when he and his wife just had one kid. Paul somehow manages to rock the baby to sleep, but no sooner does the child touch the bassinet, the howling begins. A few choice words are dropped, and we sense Paul’s frustration, as he tries to make the baby understand, not to compromise on nap time.

At the moment, he has to deal with two toddlers, who seem to possess endless energy and keep him up at night. The episode shows how the evening turns nightmarish, as Paul and Ally take turns trying to get the children to sleep. We realize how they feel tired out, thinking about bills, work, and facing the next day without catching any sleep.

The reality of parenting is well championed, in a wonderful scene where Paul and Ally use their information as leverage against each other, trying to convince the partner to get up and tend to the baby. The scene where the parents justify why their sleep is more important must be familiar to anyone who’s had to wake up in the middle of the night to tend to their children.

“No Places”, the second episode, sees the arrival of Ally’s estranged father, Michael. He is like a third child that Paul and Ally agree to take on, despite having their hands full with their own two kids. However, this man-child comes with his own emotional baggage and is rather difficult to control.

To top it off, Paul and Ally have to make a decision about their hopes and dreams for Ava and Luke. We get to see how far the parents are prepared to go for their kids. Undoubtedly, the upcoming episodes will show many such grounded parenting experiences.

Read More: Will There Be a Catastrophe Season 5?