Where is Brews Brothers Filmed? 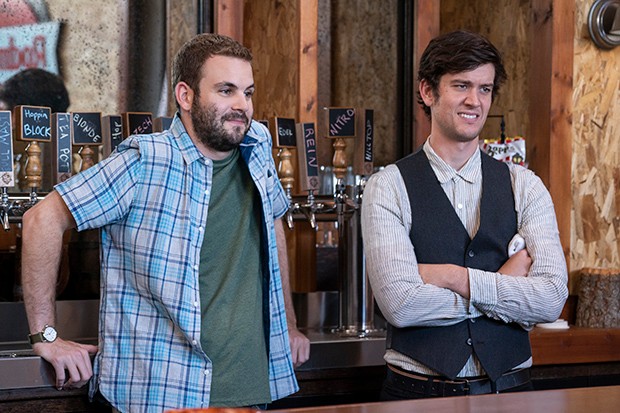 The show revolves around a couple of estranged brothers, Wilhelm and Adam Rodman. While the two share a common passion for brewing, their beer-making ways could not be more different. This is what results in some truly rib-tickling shenanigans as the two try to keep their brewery running. Alan Aisenberg plays the role of Wilhelm while Mike Castle plays his brother.

‘Brews Brothers’ is a comedy series that mostly takes place in the brewery owned by the leading characters of the show. This is where most of the action on the series takes place as the brothers attempt to keep it in business. Hence, it is natural for viewers to wonder whether ‘Brews Brothers’ is actually filmed in the place that it is set in: Van Nuys, California.

Before jumping the gun, it ought to be noted that we do not have confirmed reports regarding the filming locations of ‘Brews Brothers.’ Details regarding where ‘Brews Brothers’ was filmed have been scarce. However, we do know that the series is almost entirely set in Van Nuys in California.

As mentioned earlier, the brothers are depicted attempting to keep Rodman’s brewery afloat. The brewery is depicted to be located in Van Nuys. For those of you that do not know, Van Nuys is a neighborhood in Los Angeles, California. It is the most populated neighborhood in all of San Fernando Valley. Now, the question is whether ‘Brews Brothers’ is actually filmed in Van Nuys or not.

Have a look at the following post. It was uploaded by Alan Aisenberg. Observe the location tag on the post, which mentions “Van Nuys, California.”

Now, this post does not confirm that ‘Brews Brothers’ was filmed in Van Nuys. Firstly, as one can observe, it is a still from the show rather than a behind-the-scenes photo. If it had been the latter, the fact that the show is filmed in Van Nuys would have been more or less confirmed.

Read More: Where is The Busch Family Brewed Filmed?