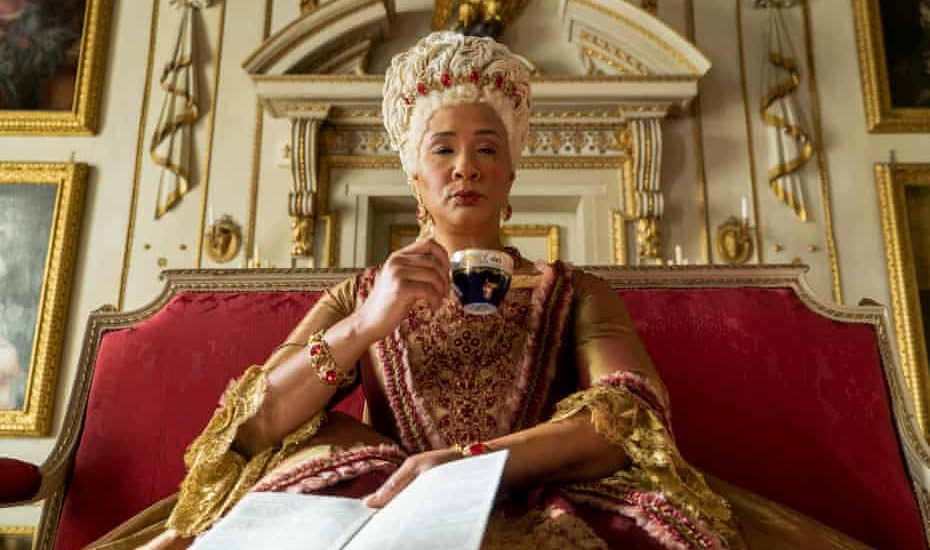 ‘Bridgerton’ is a historical romance drama series on Netflix. Set in 1813, it revolves around the aristocratic Bridgerton family as they enjoy a season in London and celebrate the society debut of the eldest daughter Daphne. Daphne’s marital prospects are marred by her over-bearing, over-protective brother Anthony, Viscount Bridgerton, who thinks no man is good enough for his sister but then accepts the proposal of a highly unsuitable match.

The show, while mostly airy escapism, does touch upon important themes such as gender inequality and sexism in Regency-era England, and provides an insightful narrative on women’s stature in society’s upper echelons. Here’s a short recap of the second episode of ‘Bridgerton’ season 1, followed by a review. SPOILERS AHEAD.

The second episode of ‘Bridgerton’ season 1 is called ‘Shock and Delight.’ In flashbacks throughout the episode, we learn of Simon’s painful past. Episode 2 reveals why Simon hates his father and only returned to England to see his father – the old Duke – breathe his last. The former Duke of Hastings spent years yearning for a son, to the point that he doesn’t even notice when his frail wife passes away as soon as she births Simon. Moreover, he’s not even a good father. When Simon stutters as a kid, the old Duke pronounces the child an imbecile and leaves him in the country, to be raised by servants.

Lady Danbury, a formidable matriarch of the ton and best friend to Simon’s late mother, takes Simon under her wing and teaches him to get over his speech impediment. But the old Duke is not impressed and remains cold. In the present, Daphne and Simon negotiate the terms of their ruse – a feigned interest in each other to keep matchmaking mamas away from Simon and for Daphne to catch the attention of other gentlemen suitors.

Of course, Anthony (who has misguidedly arranged a match for Daphne with Lord Berbrooke) is not on board with Simon courting his sister, on account of Simon’s reputation as a rake. Simon tells Anthony about Berbrooke’s inappropriate advances toward Daphne (and Daphne’s subsequent face planter), which leads to Anthony canning the arrangement with Lord Berbrooke. The latter makes shockingly disparaging comments about Daphne and gets punched in the face yet again, this time by Simon.

A pregnant Miss Marina Thompson is confined to her room by Lady Featherington, but Penelope manages to sneak in and talk to her. Marina tells Penelope that she got pregnant because she fell in love with a soldier from her hometown. Penelope and Eloise are very confused by the mechanics of having babies, and Marina’s explanation of “love” does nothing to clear their confusion. Eloise is very perturbed by the idea that they could get pregnant even if they remain unmarried!

There are two main themes in this episode. First is Simon’s cruel treatment at the hands of his own father, a man who should have been his protector and guide. It’s painful to see the little boy stutter his way through a sentence, only to be sneered at by his disdainful father. Clearly, Simon is proud of how he overcame the speech impediment with years of hard work, but the old Duke is very dismissive of that as well. No wonder Simon takes a vow in front of his dying father that he will never marry and bear an heir, making sure that the beloved title of Hastings passes out of their family.

Simon’s father’s shockingly insensitive remarks and insults give the audience an insight into the kind of ignorance that was prevalent in the Regency era. People probably institutionalized their children and relatives with mental health issues instead of trying to understand their condition. It’s pretty evident the only reason the Duke does not institutionalize Simon is because he cannot have people finding out that he has a son who cannot speak “properly”.

The second main theme of the episode is the running commentary on women’s status in society at that time. More than once in the episode, Daphne states that her brother and people in general always believe a man’s word over a woman’s. Apparently, if news about her chaperone-less altercation with Lord Berbrooke got out, it would be her reputation that would be ruined for being with a man alone, and not Berbrooke’s for making unwanted advances and harassing her.

This scenario sounds extremely familiar because this used to be our world’s reality, too, before the Me Too Movement changed things. In the post Me Too society, a woman’s word is enough to kick-start an investigation on a man’s conduct (although it has its own problems like false accusations). But isn’t it crazy to think that the way our modern society used to blame women for ending up in untoward situations, up till a few years ago, echoed the beliefs and the norms of a narrow-minded 19th century?

One of the most jolting (and infuriating) moments of the episode is when Nigel Berbrooke says (of talking to Daphne about his proposal of marriage), “I’m buying a horse, I’m not going to negotiate terms with the horse.” He thinks that Daphne is nothing more than a property that he’s purchasing. And it’s not just the one man who thinks in this appalling way; it’s the entire society. The aristocracy and the nobility placed so much value on a woman’s “virginity” and “spotless reputation” (that can be ruined at the merest hint of scandal) because to them, a woman is like a commodity whose value decreases with use.

Most modern-day audiences will be shocked at the manner in which women are talked about in the show, but there you have it, this is how things actually used to be. Also, why is there such an extreme lack of sex education when it comes to the young ladies of the beau monde? These society mamas should just sit their daughters down and explain to them where babies come from.