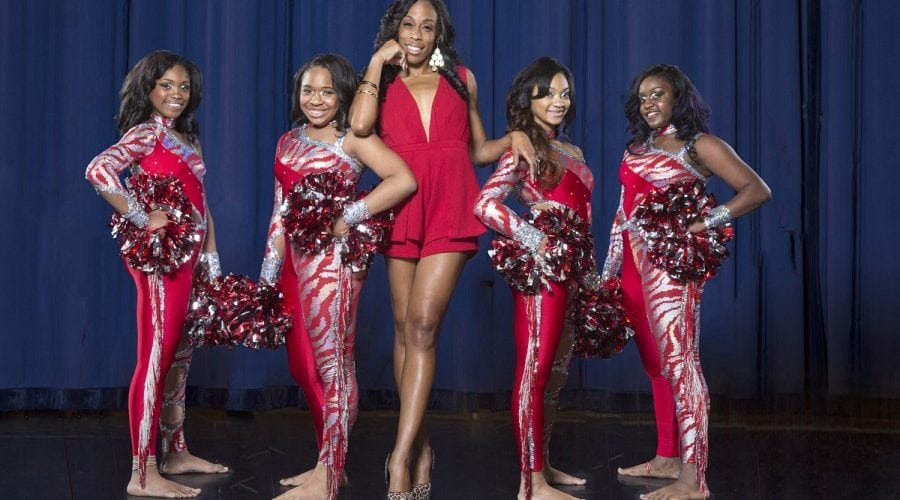 ‘Bring It!’ is an American dance reality television series that airs on the A&E-owned Lifetime channel. Written by Makya Griffin, the show follows a dance team coach and her young team of dancers as they look for glory in hip-hop majorette competitions.

A relatively old show, Season 1 of ‘Bring It!’, consisting of 20 episodes, premiered on March 5, 2014, and since then, the show has seen a total of five seasons air, with each season having more than 20 episodes. The latest season to air was Season 5, which was broadcast in two halves, and fans of the show are already clamouring for a sixth season. Here’s everything we know about it thus far.

Being a reality television show, the cast of ‘Bring It!’ includes many people who all star as themselves.

The main personality in the show is Diana “Miss D” Williams, who is the owner the Dollhouse Dance Factory, and the head choreographer and sponsor of her two dancing teams, the Dancing Dolls and the Baby Dancing Dolls. Diana also has a husband, Robert, and a son, Cobe, but she finds it difficult to balance her time between her biological family, and the family she has at her dance school.

The show also features the mothers/guardians of several of dancers enrolled at Diana’s school, some of who are Kayla’s mother Tina, Camryn’s mother Mimi, Sunjai, Star, and Sky’s mother Selena, Crystianna’s mother Ritanny, Faith’s mother Dana, Tanesha’s mother Tamala, Angel and Angela’s uncle Brandon, Madyson’s mother Ann, Princess’ mother Tanishia, and Jaylene’s mother Maraela. Throughout the show, these parents and guardians interact with, and often clash with Diana regarding how she coaches the children, and this is part of the drama in the show.

Further, the show also features the head coaches of competing dance schools, who also clash with Diana on several occasions. Diana’s nemesis is Neva McGruder, who is the head coach of the Divas of Olive Branch, and the rivalry between the two extend beyond the dance floor.

If ‘Bring It!’ does return for a sixth season, we expect Diana, her team of dancers, their parents, and competing dance teams to all make a comeback. We’ll update this section as soon as we know more about the cast of Season 6.

Bring It! Plot: What is it about?

Set in Jackson, Mississippi, the show follows Diana as she tries to make stars out of those who are enrolled in the Dollhouse Dance Factory. A strong woman with a no-nonsense personality, Diana is not someone who lets things go easily, and is constantly seen pushing her young students to do better. This, of course, does not always sit well with the parents and guardians of the kids, who sometimes clash with Diana and her harsh approach. That being said, Diana also has a human side, and is shown to be an extremely supporting person when she is not acting in her capacity as head coach of her teams.

Throughout the show, the Dancing Dolls and the Baby Dancing Dolls take part in several dance competitions, and have to go head-to-head with competing dance teams like the Divas of Olive Branch, the Prancing Tigerettes, the Infamous Dancerettes, the Purple Diamonds, the YCDT Superstarz, and the Golden Prancerettes, among many others.

The preparations for, the competitions themselves, and the drama in between make for most of the show, but Season 5 saw a major shakeup when Diana broke her long-standing rule. For the first time ever, Diana allowed boys to dance alongside her team, and this of course gave rise to much drama and chaos, making Season 5 one of the most interesting ones till date.

Further, it must be said that unlike most similar dance shows, the “drama” in ‘Bring It!’ is quite relatable, and not over-the-top, making the show one of the very few that actually focuses more on dance and on those involved rather than focusing on soapy drama. On IMDb, ‘Bring It!’ enjoys a rating of 6.6/10, which is decent considering the fact that reality shows cannot be expected to have outstanding ratings.

Bring It! Season 6 Release Date: When will it premiere?

Season 5 of ‘Bring It!’, consisting of 23 episodes, began airing on March 2, 2018, and saw its conclusion air on March 21, 2019. Since then, however, no renewal announcement has been made, so we’re in the dark about whether Lifetime will renew ‘Bring It!’ for Season 6.

That being said, ‘Bring It!’ has been a fairly consistent performer as far as viewership is concerned, and we don’t see a reason for Lifetime to cancel it. Further, with the addition of boys to Diana’s team of dancers, future seasons of the show can be expected to have more drama, chaos, fun, and killer dance moves. So, that’s more reason for Lifetime to renew the show. Our best guess is the Bring it season 6 can release sometime in December, 2019.

However, for now, there’s nothing left to do but sit and wait for a renewal (or cancellation) announcement. We are keeping our ears open for news on Season 6, and we’ll update this section as soon as we hear more.

While we wait for Lifetime to make an announcement on the future of ‘Bring It!’, here is a sneak peek into Season 5 to give you a glimpse into the show.