Are Brittany and Yazan From 90 Day Fiance Still Together? 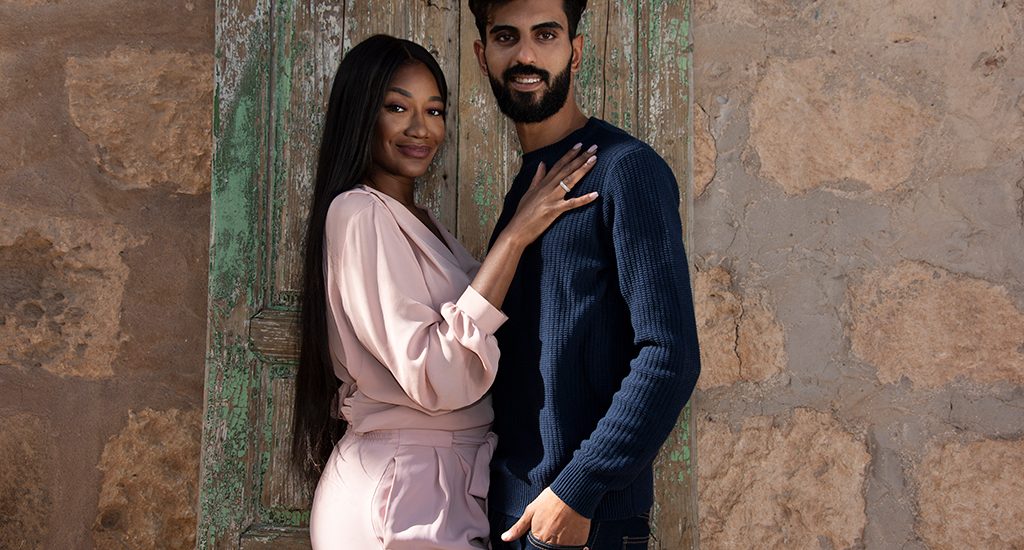 TLC’s ’90 Day Fiance: The Other Way’ has come to our television screens with another season, bringing back a few familiar faces and introducing a set of new ones. We see two old and four brand new international couples facing the not so new conflicts as the American half of the pair moves away from their family and home to pursue a life with their lover abroad. The twist and turns at every corner, whether it be that of cultural shock or of lies or of just personal differences, has the fans on the edge of their seats, hoping for the couples to come out on top.

One such new couple that got introduced to us was that of Brittany And Yazan. Curious to know more about them? Read on for spoilers.

Brittany, a 26-year-old Chicago native living in Palm Beach, Florida, fell in love with Yazan, a 24-year-old from Amman, Jordan, after being introduced to him through his sister on a video call. And it was love at first sight. That simple introduction led to a conversation, which ultimately led to a serious relationship. They are now at a point in their lives where they want to start a life together, so Brittany decided that it was time to leave her life in America behind and move to Jordan to be with Yazan.

While she is a non-religious, free-spirited American, Yazan is a Muslim from quite a conservative background. So, not only do they face the cultural differences that come with moving to a new country, but they also confront their personal religious differences as well. They have to deal with the fact that Brittany has no plans of changing her ways. And while we do see her covering her head to comply with the norms there, she has made it clear that she will not convert to Islam.

Yazan’s parents have a problem with their living together before marriage, and in the very first episode itself, he made what he expected from his wife in the future very clear. And since Brittany is not one to comply with his demands, a lot of drama is expected from them this season. Her rap and modeling career could very well also create a divide between the couple.

One other aspect of Brittany’s life is definitely bound to have an effect on their relationship. She has previously only dated “established men,” men whose ages were 40 and above. She has even admitted that the eldest man she dated was 85 years old, which may cause trust issues and arguments between the couple. Since her boyfriend and his family are devout Muslims, and she plans on doing whatever she pleases, their relationship on the show would be a roller coaster ride for sure.

Are Brittany and Yazan Still Together?

As the participants of the show sign non-disclosure agreements with TLC, which forbids them to give away any spoilers or information about their relationship status, it’s unclear whether Brittany and Yazan are still together or not.

While they both have the words “TV Personality” in their respective Instagram bios, they have revealed absolutely nothing about where their relationship stands right now. In fact, even their feeds are completely devoid of each other’s presence, there is not a single post on Yazan’s profile that has Brittany in it, and the same goes for her as well.

I’m trying out new swags, Come and hype me up 😂

Based on the location tags that we saw on Brittany’s post, the last time she was in Amman was in early March, after that she went back to Chicago before going to Florida. Her recent posts don’t mention her location. The self-proclaimed introvert even has a YouTube channel by the name of “The Boss Brittany,” but she hasn’t posted about her relationship with Yazan there either.

I remember forcing myself to stop wearing “weird” clothes and watching anime so I can create a cool girl persona to make friends at school and it followed me. I should’ve stuck to my weird friends and let people make fun of me lol I’m going back to being me, normal is boring.

Plants give me life , literally. I am their mother and they are my babies. A true goddess ,I am Mother Earth 🌍 👙 @prettylittlething

Read More: Are Geoffrey and Varya From 90 Day Fiance Still Together?