When Will ‘Brockmire’ Come Back on IFC? 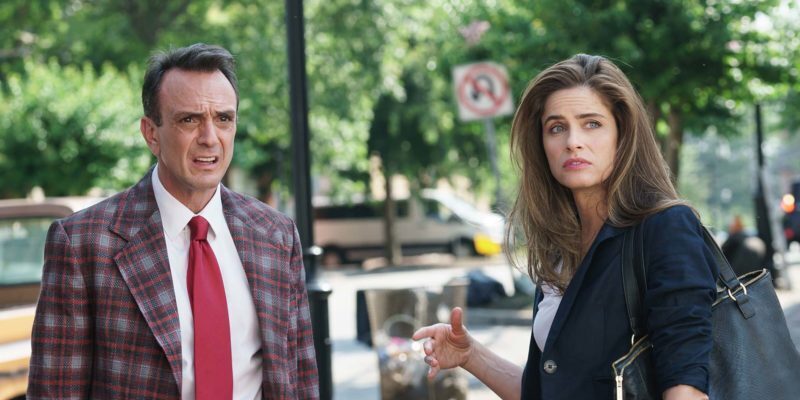 ‘Brockmire’ is a comedy series that focuses on the life of a celebrated baseball announcer, Jim Brockmire, who becomes a live meme after having an emotional meltdown in public. While at work, major league baseball announcer Jim goes on air to call out his wife’s humiliating adultery, wrecking his own career in the process. After 10 years, Jim has a new job in Morristown, and is trying to retrieve his personal and professional life. The first season premiered on April 5, 2017 on IFC.

Its increasing popularity paved the way for two additional seasons, which received an equal amount of love and support. The underrated comedy holds an overall approval rating of 98% on Rotten Tomatoes.

Despite its success, the makers decided to pull the plug on the series after four seasons and rightly so. Well, all good things come to an end, right? On top of that, we should be glad its ending on a high note. With that, let’s dig into the details regarding the release date, cast and plot of ‘Brockmire’ season 4!

Brockmire Season 4 Release Date: When Will it Premiere?

Brockmire Season 3 released on April 3, 2019 and concluded on May 22, 2019, after airing eight episodes. On December 12, 2019, IFC announced that the fourth season of ‘Brockmire’ would be its last. ‘Brockmire’ season 4 is all set to premiere on March 18, 2020, Wednesday, at 10 pm ET on IFC. Just like its previous season, it will have eight episodes with a runtime of 30 minutes.

In case you’re wondering what the makers feel about Brockmire signing off, here’s what IFC executive director Blake Callaway said in a statement: “From the beginning, Brockmire was conceived as a four-season story, and we are so proud to see it written and produced to its creative conclusion.” To which, the show’s lead actor, Hank Azaria added, “I really loved this season in several very right and a few very wrong ways. I hope you will, too. Making this show has been one of the top seven joys of my life.”

Brockmire Cast: Who is in it?

‘The Simpsons’ fame Hank Azaria plays the titular character of Jim Brockmire, a play by play announcer who suffers humiliation after slamming his wife on air for her unfaithfulness. Joining him as the formidable Jules James, is ‘A Lot like Love’ fame, Amanda Peet. She has taken over her father and is now the owner of the Morristown Frackers.

‘Lab Rats’ fame Tyrel Jackson Williams appears as Charles, the digital head at Frackers. He is tech savvy but possesses little to no knowledge about sports. ‘Space Force’ star Tawny Newsome stars as Brockmire’s quirky work-partner Gabby Taylor, who is also a former NCAA Champion softball player. In season 3, we see ‘Whiplash’ fame J. K. Simmons joining the cast as Matt Hardesty (aka The Bat), a broadcaster who is also a former baseball player.

Simmons return isn’t confirmed but the rest of the main cast are making a return along with Joe Buck, Paul F. Tompkins, Katie Finneran, and Ego Nwodim. The newest addition in the cast is ‘Flash’ fame Reina Hardesty as Brockmire’s daughter.

Brockmire Plot: What is it About?

Season 1 is set 10 years after Brockmire’s nasty meltdown. He is super cautious now and wants to revive his career and also wash the stains off his reputation. He is now in Morristown, and is calling games for independent minor league baseball for the Morristown Frackers. He finds love and stability in Morristown Frackers’ owner and girlfriend, Jules.

In season 2, we see Brockmire in New Orleans, calling minor league baseball games and enjoying life with his friend Charles. An alcholic now, Brockmire spends his nights drowning in booze and other things. After a near-death encounter, Brockmire embarks on a journey to sobriety and to achieve that, he checks into rehab. Set a year after rehab, in season 3, we see Brockmire doing play-by-play for major leagues in Central Florida, while adjusting to his sober life.

Set 15 years in future, season 4 will see a fully sober Brockmire is in top form, as he is now the Commissioner of baseball. In the chaotic world, as the seats to the game are far from full, we can expect to see Brockmire doing his best to save the very game of baseball, while also connecting with his newfound daughter and reigniting the spark in his relationship with ex-flame, Jules. It’s going to be a wild ride as “Baseball’s original bad boy is back and is ready to cause trouble!” We can only hope he doesn’t.

Here’s the trailer of the final season, i.e. ‘Brockmire’ season 4!