Brooklyn Nine-Nine S07 E13: All the Details You Need to Know 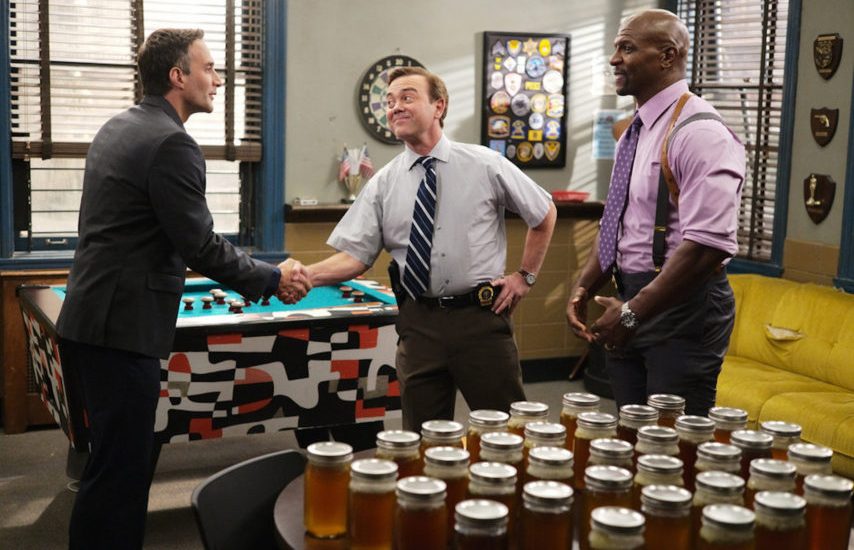 In ‘Brooklyn Nine-Nine’, one of the most robotic characters is obviously Holt. Whatever happens, he always appears level-headed. The thing is, he does not let his emotions out. He is built like that. But even for someone like Holt, things can get out of hand when something terrible happens. And in the penultimate episode of the cop comedy, we see Holt losing his cool after his beloved dog Cheddar gets kidnapped. Aptly titled ‘Ransom’, episode 12 serves as the perfect pre-finale for season 7.

Now, with episode 12 out of the way, it’s time to gear up for the current installment’s concluding episode. Read on to know everything about ‘Brooklyn Nine-Nine’ season 7 episode 13.

Brooklyn Nine-Nine Season 7 Episode 13 Release Date: When Does it Premiere?

Its official synopsis goes as follows: “The entire squad is on high alert when a massive blackout hits Brooklyn.”

You can catch episode 13 of ‘Brooklyn Nine-Nine’ season 7 by tuning in to NBC at the timeslot mentioned above with the help of an active cable subscription. Moreover, you can also watch the season online, if you have a valid cable provider’s login, on NBC’s official website.

Jake arrives at the precinct in the morning and is asked by Holt to come to his office. Holt reveals that Kevin had taken their dog, Cheddar for a walk and ended up losing him in the park. Cheddar is dog-napped! Holt loves his dog and he is losing it. He vows to take down the kidnapper. Meanwhile, the abductor texts Holt and demands some important files from May 2004 as ransom. Jake and Kevin get hold of some clues in the park from the security camera and Holt finds out about an ex-gangster from his records.

The kidnapper texts again. He wants Kevin to bring him the files on a flash drive. But Jake comes up with a plan. Since the crook does not know how Kevin looks like, Jake dresses up as Holt’s husband and reaches the said location, which is a Shakespeare festival. Jake is able to free Cheddar from the gangster but he himself ends up at gunpoint.

Holt and Kevin are finally reunited with Cheddar in the park. They also realize one thing — Jake is wearing Kevin’s clothes and he has the GPS that is normally used to track Cheddar. The duo traces Jake to an abandoned warehouse and Holt wastes no time in unleashing his fury. After blowing punch after punch, he says: “You took the wrong fluffy boy.” Finally, Jake is rescued and the kidnapper is put behind bars.