Brooklyn Nine-Nine S07 E04: All the Details You Need to Know 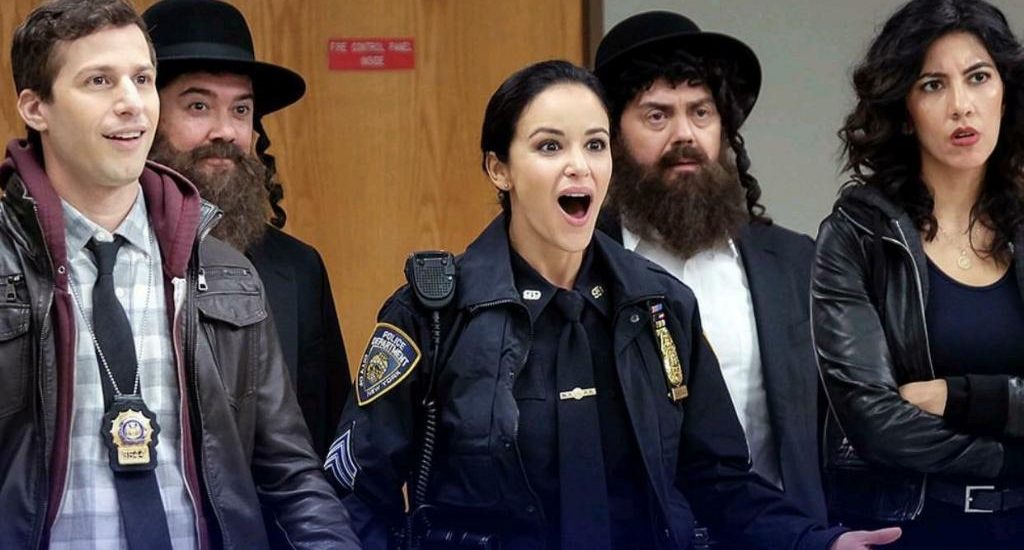 Seven seasons in and ‘Brooklyn Nine-Nine’ dropped yet another fanta-bulous episode this week. As you can guess from the name, ‘Pimemento’, it marks the return of Adrian Pimento (Jason Mantzoukas) — a former NYPD detective and when we last met him, a consultant for hand lotions. You might also know him from ‘The Good Place‘ and in episode 3, he is undoubtedly the star of the show.

Now, with episode 3 out-of-the-way, fans are curious to know the details of the next episode. Read on to know everything about ‘Brooklyn Nine-Nine’ season 7 episode 4.

Brooklyn Nine-Nine Season 7 Episode 4 Release Date: When Does it Premiere?

The official synopsis gives some idea of what lies in store in the upcoming episode. It says: “Competitive juices are flowing as Jake and the squad compete in the second Jimmy Jab Games.”

You can catch episode 4 of ‘Brooklyn Nine-Nine’ season 7 by tuning in to NBC at the timeslot mentioned above with the help of an active cable subscription. Moreover, you can also watch the season online, if you have a valid cable provider’s login, on NBC’s official website.

Adrian Pimento, whenever he makes an appearance in Nine-Nine, brings with him chaos and insanity. Previously, we have seen him as an undercover officer, Rosa’s boyfriend and then her ex, an insurance investigator, and a security guard. Currently, he is working as a PI and claims that someone is after his life. But eventually, the team discovers that he is suffering from short-term memory loss.

Jake and Boyle then visit Pimento’s doctor, who says that the latter is suffering from a traumatic brain injury. He is on medication and hence, might be suffering from bouts of paranoia. But the next day when he arrives with a gun-shot wound on his shoulder, things become a bit more complicated.

Jake and Charles drop by at the hospital and see that Pimento has several tattoos on his back to serve as reminders. Boyle and Jake then visit the tattoo parlor where the tattooist informs them that Pimento’s last tattoo was about not to trust his ‘D’ aka doctor. Well, it seems Pimento’s doctor is out to kill him.

Pimento had been investigating the doc for infidelity. When the truth is out, Pimento is finally at peace and stops taking his medications. He meets Boyle and Jake at a bar and informs his pals that his memory is back. He even watched Memento as Jake had asked him to.

Meanwhile, Rosa, Amy, and Holt partake in the annual HR seminar. Here, they also need to address workplace conflicts. As the participants start arguing with each other and discussing their issues, the seminar ends.