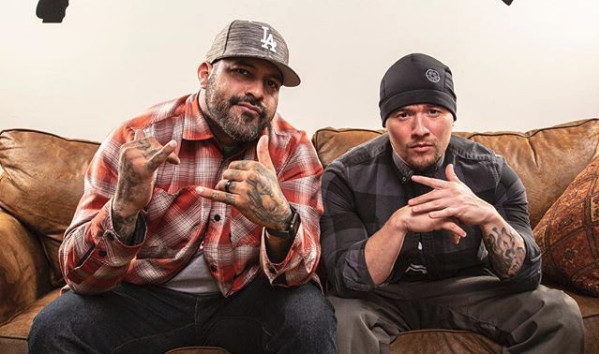 Brothers in Arms is a reality television series that airs on History Channel. This miniseries is developed by Geno McDermott and Mike Colon, and produced by Becky Collins, Gabrielle Ellis, and Townsend Hart, among others. The series features two guys, Eli Cuevas and Rocco Vargas, and their seamless passion and enthusiasm for military equipment. The show first premiered on November 20, 2018.

The creators of Brothers in Arms believe that the concept of the show is designed to appeal to “a broad range of people” where “there’s going to lots of guns, lots of things exploding and most importantly laughs.”

Brothers in Arms Cast: Who’s in it?

Brothers in Arms primarily consists of two cast members. Firstly, Vincent Rocco Vargas who is a retired Army Ranger having worked for the Border Patrol on a Spec Ops team. He continues to serve in the Army Reserves as a Sergeant First Class, till today. Secondly, Eli Cuevas who is Rocco’s best friend and has worked in the army for a few years as Squad Designated Marksman. He won the Purple Heart for his second mission in Iraq. Between the two, they have served many tours in both Afghanistan and Iraq. Currently, Rocco is deeply involved in outreach organisations for Veterans. He has been profiled as part of Veteran Day on History’s Digital Platform. Vargas moved from Texas to Utah along with his family, where both friends have set up business in Ogden. They own the Banditos Armory.

Brothers in Arms Plot: What is it about?

‘Brothers in Arms’ features Rocco and Eli who have twenty years of experience in military and law enforcement collectively. They plan to put their heads together and utilise their talents efficiently. Hence, they get a place called ‘Banditos Armory’ in Ogden, a historic place in UT. They have a simple goal of utilizing their commitment to the field and their expertise to create a one-stop shop for all military things. Here, they have a solution to everything, from getting to the bottom of the mystery of unidentified WW2 contraption hailing from Japan which the Allied troops had neither laid their eyes on before or knows how to fire, to testing and putting together one of the rarest structures in America, a Cold War Russian Tank.

The Banditos team is motivated by their passion to restore, scrutinize, test, and erect some of the most phenomenal and innovative machines that have been witnessed by the military in all time. No feat is too big for the duo, Cuevas and Vargas, whether its relentless inquiries from those who buy their stuff, or when they associate with military veterans or historians or proceed to stifle their own curiosities.

As the first episode begins, we see the restoration of a Russian Cold War Tank by these two Military vets. They both then give shape to an improved version of a Blunderbuss. In the second episode, they succeed in creating a suppressor for Revolutionary War Cannon, which emerges from the crazy brains of Rocco. In the third one, Rocco wants to renovate a 1930s era Tommy Gun and dedicate the modernized weapon to a fellow military veterans’ group. Episode four features Rocco raising the stakes by wanting to create a powerful black powder bazooka, while Eli comes across a revolver with a throwback to the days of the West. The final episode ends with Eli and Rocco surprising the team of Banditos with a Civil War Gatling gun and surprises them to a challenge to make it portable and hand-held.

The series has received an average rating from the audience. It received backlash for its inaccuracies and fabricated historical facts and many former, as well as present officers, have deemed it to not be a series for military historians or firearm enthusiasts.

Brothers in Arms Season 2 Release Date: When will it premiere?

‘Brothers in Arms’ season 1 premiered on November 20, 2018. As far as the next season goes, we don’t have an official announcement yet. The series is targeted towards firearms enthusiasts, and although it failed to create a mark with its first season, with major lacks in the departments of special effects and execution, there is still some hype surrounding Brother in Arms which suggests that the series might return for a second season. Our best guess is ‘Brothers in Arms’ season 2 will release in November 2019. We will update this section as soon as we hear more.

While we wait for an update on season 2, check out the season 1 trailer to refresh your memories. If you haven’t seen the show yet, head over to History Channel to catch all the episodes of the previous seasons.