Are Bruce and Essie From Say I Do Still Together? 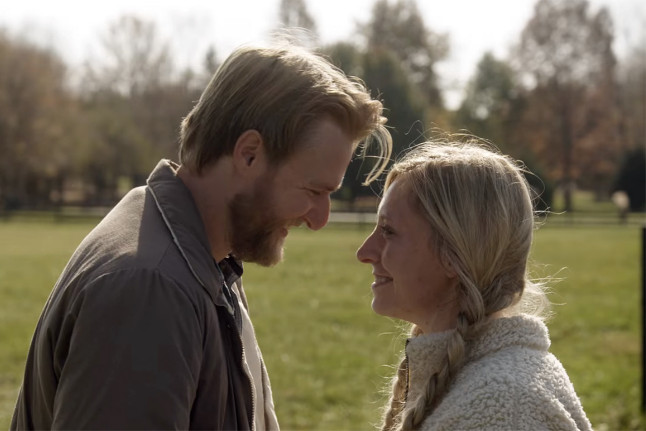 ‘Say I Do‘ is the newest Netflix wedding series, and, honestly, with how beautifully it captured the sweet love stories and the romantic moments, it has left us dreaming about our own dream wedding and reception. With three amazing experts, who give it their all, both personally as well as professionally, each episode follows a different couple as they work through their obstacles and get ready for their big day.

Episode 7 of it, ‘Cinderella Wedding,’ followed Bruce and Essie as they faced their fears and then tied the knot in a custom rustic country wedding, which was just as elegant as it was fun. If you’re here wondering about where they are now, you’ve come to the right place. Let’s find out!

Bruce and Essie: Say I Do Journey

It was love at first sight for the couple. When Bruce messaged Essie on a dating app a few years ago and asked to meet, she just couldn’t refuse him. When they did meet, that day itself, the first thing they did was hug, for a whole minute, without even saying anything. They felt a connection deep within them and knew that they had found the person with whom they’d spend the rest of their lives. They planned to move forward together, however, that all changed when Bruce met with an accident that injured his leg, shattered his bones, and left him bedridden.

Feeling blessed to have my life and leg today, three years Since my farm accident… we can really learn lessons and grow through hardship and pain. God spared my life but didn’t spare the rod lol.. crazy that the hay rake didn’t take my life! God thank you for giving me this day!! #thankgod #blessed #farm #brokenleg #theaccidenthappenedthreeyearstodayat5:30.

Essie never left his side, though. Even when his finances depleted and he had to move back in with his parents, she never left him. Instead, she took over the role of being the caretaker and did all that she could for him. Even when they were surprised by their daughter, Vera, she stepped up. Bruce knew all about her kindness and her insecurities, therefore, he wanted to surprise her with a day that was all about her. He said that Essie doesn’t ever do anything for herself, so if he could just make her feel special and give her the wedding she deserved, it would make him the happiest man on earth.

I’ll hold you tight please don’t go Time flys bye I’ll watch you grow ! Please be happy I’ll be there when you fall- I’ll hold you one more time until I have to go. 📸 by @brandykroutphotography . . . . #redhead #farmmom #motherlove #illloveyouforever #beachphotoshoot #holdingon #lakemichigansunset #sayido #motherdaughter

And so, he proposed to her with a song that he wrote – which was honey dripping sweet and not at all cringy – and then, they went ahead to get married in a community-driven, farm-to-table, authentic country wedding that was all about celebrating their love and relationship. The biggest highlight in the episode, though, was when Essie was finally told that she was, in fact, extremely intelligent, but had dyslexia. Her writing her own vows and then reading them out loud in front of all their friends and family brought everyone to tears.

Are Bruce and Essie Still Together?

Of course, they are! There isn’t anything that can make this couple leave each other’s side and their episode was proof of that. “When the possibility of sharing Bruce and I’s life story on a @netflix series came forward, I never imagined that door would open,” Essie wrote on her Instagram. “I thought it was just a tv series on hardship-with love healing all- the only show topic. We walked through the door. What was waiting for me on the other side was more than I could ever imagine.”

‘When life opens a door, walk through it. Whatever is meant to be will come easily.’ I’ve tried my best to live life by those words of wisdom. Easier said than done, doubt and resistance is a part of the journey. When the possibility of sharing Bruce and I’s life story on a @netflix series came forward, I never imagined that door would open. I thought it was just a tv series on hardship-with love healing all- the only show topic. We walked through the door. What was waiting for me on the other side was more than I could ever imagine. @chefgabebertaccini @jeremiahbrent @thainguyenatelier @saisie @larissa_anna_katharina @thefakesarahsmalls @scout.productions @tacoriofficial . . . . #sayido #tacorigirl #netflix #dreamscometrue✨ #adreamisawishyourheartmakes #cinderella #lovewins

Bruce doesn’t have social media but the couple share one together, and from the looks of it, they are enjoying their life at the beautiful farm that they had bought together in Indiana, and are well on their way to making it a produce center. With the wedding registry that they had, and with Essie’s meeting with the clinical psychologist, they are finally able to move on with their lives without major inhibitions or worries blocking their way.

Cross eyed cat! Last fall a local Amish farm had a box of free kittens by the side of the road. This little one helps keep critters at bay and loves snuggling with Vera. We haven’t named her yet. My heart breaks thinking of naming her and then someday she runs away. If we did name her, what name do you think fits? P.s. she might have a cameo appearance on #sayido on #netflix . . . . . #farmcat #crosseyedcat #vegetablegarden #summergarden #catsofinstagram #blueeyes

Read More: Are Randy and Skyler Still Together?