Will There be a Bunk’d Season 5? 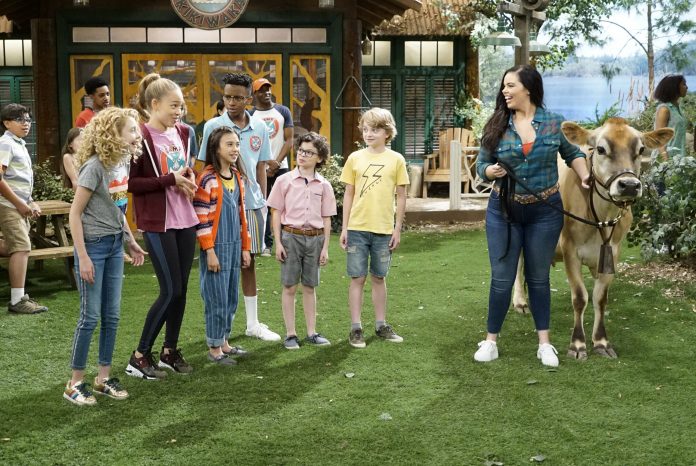 ‘Bunk’d’ is a live-action comedy that first premiered on Disney Channel on July 31, 2015. Made as a spin-off for the multiple award-winning hit Disney show, ‘Jessie’, the show is created by Pamela Eells O’Connell. It revolves around three siblings who leave their penthouse in New York City to spend their vacations in a summer camp in Maine. The show has had four successful seasons so far. Here’s everything we know about its next season.

‘Bunk’d’ season 4 premiered on June 20, 2019, on Disney. It ends with its finale on July 19, 2020. Throughout its run, the series has made several benchmarks. For instance, it is the first Disney spin-off to reach the fourth season. Also, it is the 10th Disney Original Series to make it up to season 4.

Considering the overwhelming response that the show has received during its run, it does offer a lot of promise for multiple renewals. So, is there any news about another season? Yes! In February 2020, Disney already renewed the show for its fifth outing. Considering its ratings and popularity, the news was not surprising at all. If things move according to plan, we can expect ‘Bunk’d’ season 5 to premiere sometime in June 2021.

‘Bunk’d’ stars Peyton List as the fashionable Emma Ross, the eldest of the Ross siblings and counselor-in-training in Cabin Woodchuck. Emma is promoted to the level of camp manager in season 3. Karan Brar enacts the character of the smart and intelligent Ravi Ross, counselor-in-training in Cabin Grizzly. Ravi also owns an Asian water monitor, named Mrs. Kipling. During the third season, he progresses to become the camp chef and lead male counselor. Skai Jackson plays Zuri Ross, a sweet, witty, and chatty girl. Ziri is a camper at Cabin Woodchuck. Kevin Quinn is cast as a musician and head counselor of Cabin Grizzly, named Xander. Nathan Arenas stars as Jorge, and Nina Lu plays the role of Tiffany. None of these characters feature during the 4th season.

Season 4 sees Miranda May reprising her role as Lou Hockhauser, the camp director at Camp Kikiwaka. She is accompanied by Raphael Alejandro as Matteo Silva, Will Buie Jr as Finn Sawyer, and Mallory James Mahoney as Destiny Baker. This trio comprises the original campers from the team. The fourth installment also brings in new cast members — Scarlett Estevez, Shelby Simmons, and Israel Johnson, who depict the characters of Gwen Flores, Ava King, and Noah Lambert respectively. Noah is an upbeat, spirited, and at times over-dramatic, junior camp counselor and former child actor. Strong, tough, and extremely loyal, Ava is also a junior counselor and a native of Queens. The eccentric and simple Gwen loves living life off the grid. Season 5 is expected to see all the lead stars from season 4 making a comeback.

Bunk’d Season 5 Plot: What Can it be About?

‘Bunk’d’ introduces us to Emma, Ravi, and Zuri who leave their home in New York City and arrive in Moose Rump, Maine, to spend their summer vacations at Camp Kikiwaka. This is where their parents had met one another when they were teens. The Ross siblings soon meet new kids, forge friendships, and adapt to the different surroundings in the camp. Season 3 follows the siblings as they return to the camp and discover that the camp was not rebuilt after it was destroyed by the fire as shown at the end of season 2. Gladys flees with the insurance money. The Ross parents, after being coaxed by their children, buy Camp Kikiwaka. In the finale of season 3, we see Emma, Zuri, and Ravi selling the camp to Lou at a low price while they embark on their career paths.

Season 4 begins with the always enthusiastic Lou Hockhauser taking over her position as the director of Camp Kikiwaka. She has to be more responsible now as she needs to take care of tasks such as fixing the plumbing and hiring a cook. She reunites with her original campers, Finn, Destiny, and Matteo. We also witness new characters such as Noah, Ava, and Gwen. Although Lou is a bit apprehensive about her duties, in the beginning, she gradually realizes that the new team considers and trusts her as the new leader. Together, they plan for another fun-filled, thrilling summer at Camp Kikiwaka. Season 5 is expected to stick to the same format and chronicle the various adventures of the lead characters in their eventful summer camp.