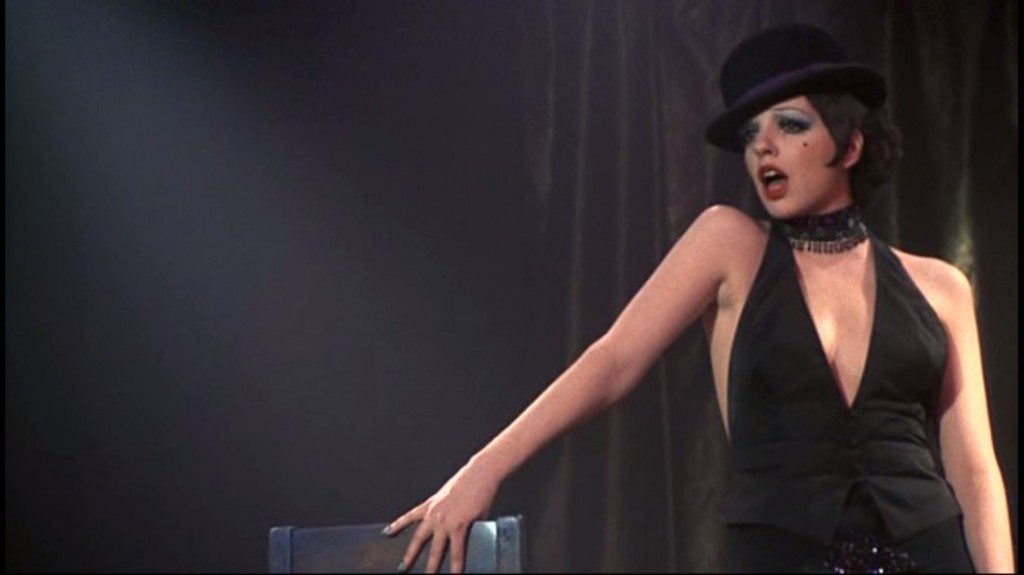 Watching the opening of La La Land, the sensational new musical from Damien Chazelle, I was stunned by the wild originality of the film, and over the course of the picture, its wide-eyed innocence and sweet-natured energy drew me in and swept me away with its magic. The film hooks you from the startling opening number on the jammed freeway through to the perfect conclusion in a way a musical has not taken me on a journey since Hair (1979).

La La Land might be the be the finest American musical since Bob Fosse’s lacerating, searing Cabaret (1972) though they are fiercely different films.

Cabaret (1972) is plain and simply (though not so simply) a masterpiece of such artistic genius we might never see the like of it again, though La La Land reminds us of the vast possibilities of musicals. What always bothered me about movie musicals was people suddenly stopping and bursting into songs that had nothing or very little to do with the narrative. It makes me crazy and yet I know it is a personal preference. Most people swoon (I do not) when the camera pans over the Swiss Alps and comes down on Julie Andrews singing “the hills are alive”, their spirits rise, with me my gorge rises. Yet I loved La La Land and it got me thinking hard about the genius of Cabaret (1972) which I watched last night. For me the songs must drive the narrative, or at least have something to do with the narrative.

Made forty-four years ago, the winner of eight Academy Awards, the most of any film NOT to win Best Picture (losing to The Godfather), and a landmark in the genre as an art form, it has lost none of its searing power. It is the darkest movie musical ever made, yet out of that darkness comes it great power, the fact it does not back down from its subject matter, instead embracing it.

Set in Berlin, 1931 as the Nazis are beginning to become a greater presence in the country, the Jewish population are realizing the danger they are in, the action in the film revolves in and around the seedy Kit Kat Club where a young American Sally Bowles (Liza Minnelli) is among the nightly acts. To say she sheds men like she sheds her clothing is an understatement, but her latest conquest is a young Brit, Brian (Michael York) come to make money teaching English. She takes him into her bed and her life, which is going to mean a whole lot of crazy and hurt for him. Sally is talented, a gifted singer, with serious Daddy issues (if what she says is true), a need to be adored to feed her ego, and a hunger for money. She leaps into bed with a rich man, as does Brian (bi-sexual…a total surprise for her) when he seems willing to spend much to have her (and him). Their lives become further complicated when she becomes pregnant, and Brian asks her to marry him, but is Sally the marrying kind? Can she set aside her career to marry a man and raise a child? Can she possibly live out of the spotlight or never be adored?

Bob Fosse directed Cabaret (1972) and wisely gave the film a dark edge, darker than any previous musical ever made. The songs in the Kit Kat Cub drive the narrative, and all but one take place in the Club, (one starts in the mind of Sally, and ends in the club) and that single song is the most chilling moment in the film. Brian and Max are in an outdoor beer garden, while Sally sleeps in the car. A beautiful boy stands and begins to sing, he is blonde blue-eyed, what even men would call a beautiful boy. His clear perfect voice fills the air in the beer garden as the people sitting and drinking happily stop and listen. The camera moves down his body to reveal a brown shirt and tie and a swastika on his arm. He is a member of the Hitler youth. The song, “Tomorrow Belongs to Me” builds into a frenzy as more and more join in, the passion and zealousness of their singing clear in every stanza, the tune building in ferocity. Brian and Max slip out of the beer garden, knowing now that Hitler cannot be stopped, and he will win Germany with the youth. It is among the most frightening scenes I have experienced in a film, ever, any film.

When Minnelli takes to the stage, she is a revelation, a performer so confident in her abilities she takes your breath away. Using her powerful voice and that wiggly, sexy body she seduces her audience with numbers such as Mein Herr, Cabaret, and her mantra song, Maybe This Time. Her duet with Joel Grey, cast superbly as the Emcee, and brilliant, “Money Money” is one of the most electrifying numbers in the film and speaks to Sally’s greed and obsession with wealth. As the swastikas become more and more visible in the Club, we see the growing presence of the Nazi Party and a move in Germany that is not going to be good for anyone.

Liza Minnelli richly deserved the Academy Award for Best Actress she won for Cabaret (1972) as hers is a performance for the ages. Needy, selfish, self-absorbed, yet tender and sexual in so many ways, she is both heartbreaking and frightening, the kind of woman all men want on one hand, but cannot be around for very long or she will destroy them. It is a startlingly good performance that dominates the film with is beauty, and she never again came even close to accomplishing what she did in this film. She was very good again in New York (1977) for Martin Scorsese, but did not receive the attention or accolades she did for Cabaret (1972). She was born to play Sally, and like Brando made Stanley Kowalski his own, so did she make Sally hers. Every actress who has attempted the part is in the formidable shadow of her and always will be.

In a brilliant supporting turn, repeating his role from the Broadway production, Joel Grey is haunting as the Emcee. A metaphor for evil, Nazism, Hitler, for all that is dark in life, he is a leering, white-faced nightmare, never out of make up, always on as the Emcee. While his song “Wilkomen” is a sincere welcome to the Club, he is inviting the audience in decadence and corruption and he knows it. Grey was so good he too won the Oscar for Supporting Actor. His baleful, knowing leer as they exit the beer garden as “Tomorrow Belongs to Me” rises and rises, is frightening.

Fosse won Best Director, besting the DGA winner Francis Ford Coppola for The Godfather (1972), and though both are deserving, it is the one award with which I struggle with. Coppola did a magnificent job with The Godfather (1972) as did Fosse, but should the best film not be the best directed? I think so.

Fosse took an enormous risk with Caberet (1972) making the musical as dark as the subject matter of Nazism, bringing to the screen strange new and energetic choreography, and dazzling audiences with a powerful, infectious film we cannot tear our eyes away from. The opening scene sees a few uniformed SS men, proudly wearing their swastikas, but the end the club is filled with them, a terrifying realization for us.

It is a masterpiece that with La La Land earning such great reviews deserves a second look. While La La Land might be the finest musical since Cabaret (1972) it will never take the crown away from Fosse’s dark genius. Like a sorcerer he weaves his spell, and we are transfixed by it. He made just five films, all in some way connected to celebrity, or fame, the best of which is Cabaret (1972). His other work, All That Jazz (1979), Star 80 (1983) and Lenny (1974), especially, continued his dark path through art, but never did he top Cabaret (1972) and I doubt he could.