‘Cadaver,’ is a Norwegian horror drama set in a dystopian world following a nuclear disaster. ‘Cadaver’ refers to a human corpse that is to be dissected. The specific term is used in medical and legal spheres and is derived from the Latin word ‘cadere,’ which means ‘to fall.’ Originally titled ‘Kadaver,’ the film justifies the title as it takes us into a world of disaster and decay of humanity.

In one way or another, all the characters in the movie are cadavers. Netflix’s first Norwegian original has been directed and written by Jarand Herdal. The highly relatable human dilemmas and juxtaposition of hope and darkness add to the intrigue value. SPOILERS AHEAD!

After a nuclear disaster, the remaining humans are forced to live a life of deprivation and desperation with barely any threads of humanity to hang on to. The city is perpetually shrouded in dark clouds where it is an everyday sight to find decaying bodies on the street and people committing crimes to survive. The only way a small family of three have survived is by staying close to each other. Leonora (Gitte Witt) and Jacob (Thomas Gullestad) struggle to look after their only daughter, Alice (Tuva Olivia Remman).

In this misery, imagination is considered a gift. One day, unexpectedly, a renowned theatre director, Mathias Vinterberg (Thorbom Harr), announces his exclusive show, a play called ‘The Hotel.’ Apart from the chance to escape reality through the art form, the main attraction is the promise of a good meal. As the family decides to take up the offer, their world will be shaken as they are literally consumed in the play itself. 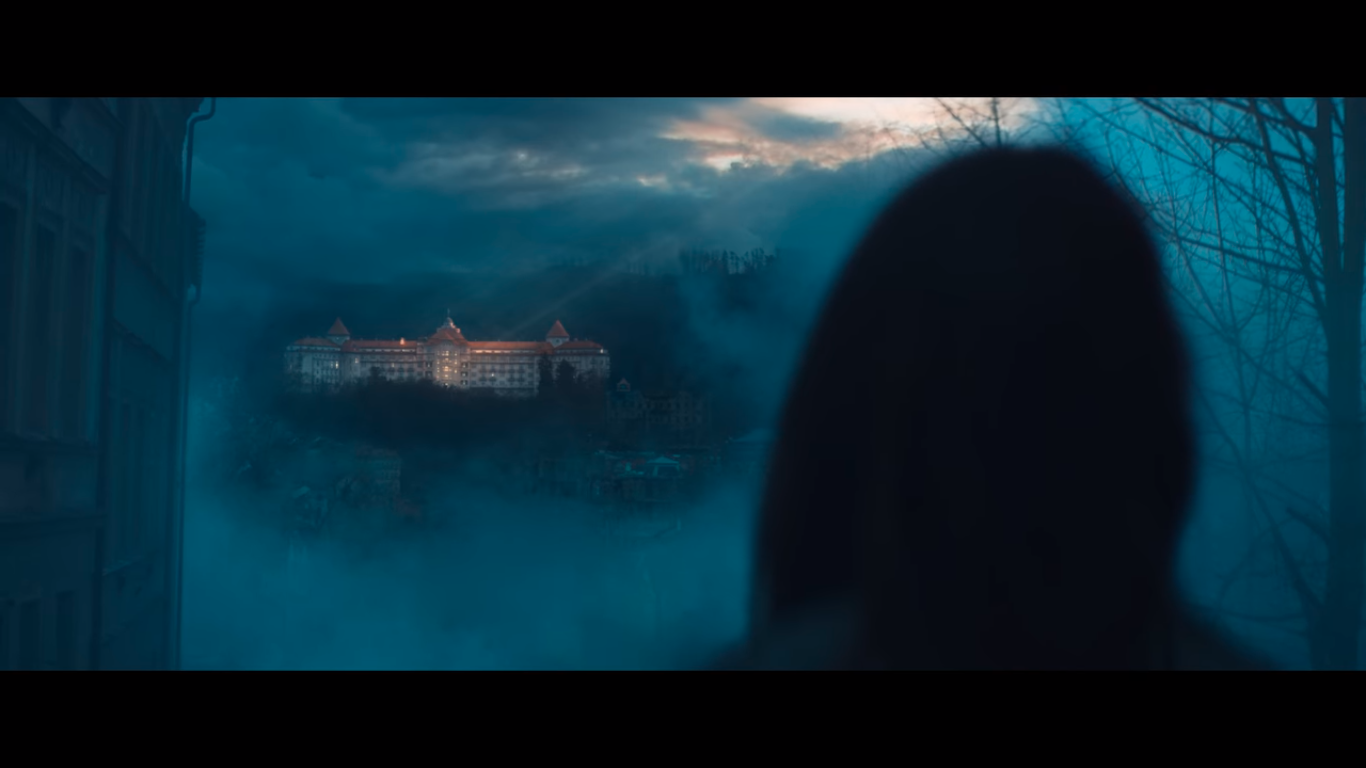 After going through the darkest exhibitions of the fall of humanity, Leo manages to save her daughter and finally walk back home. The character of the world outside the hotel hits them again as it is the epitome of dystopia, and they hesitate to go back home. They would only be returning to grave insecurity, cluttered junk in their dilapidated house, and no food. The film ends with the two of them turning back to see the hotel, which is still the brightest thing they see in the dark and grey landscape.

Despite their misery, Leonora strongly believes in the power of imagination as she sees no other way to deal with their grim reality. Like she says, “Your imagination is one of your greatest gifts.” It gives hope, and one has to believe in it if they want to get through a rough period. This was the reason why she insisted on going to the theatre, but it is ultimately what gives her resilience to make it out of the situation that seemed like a dead end. 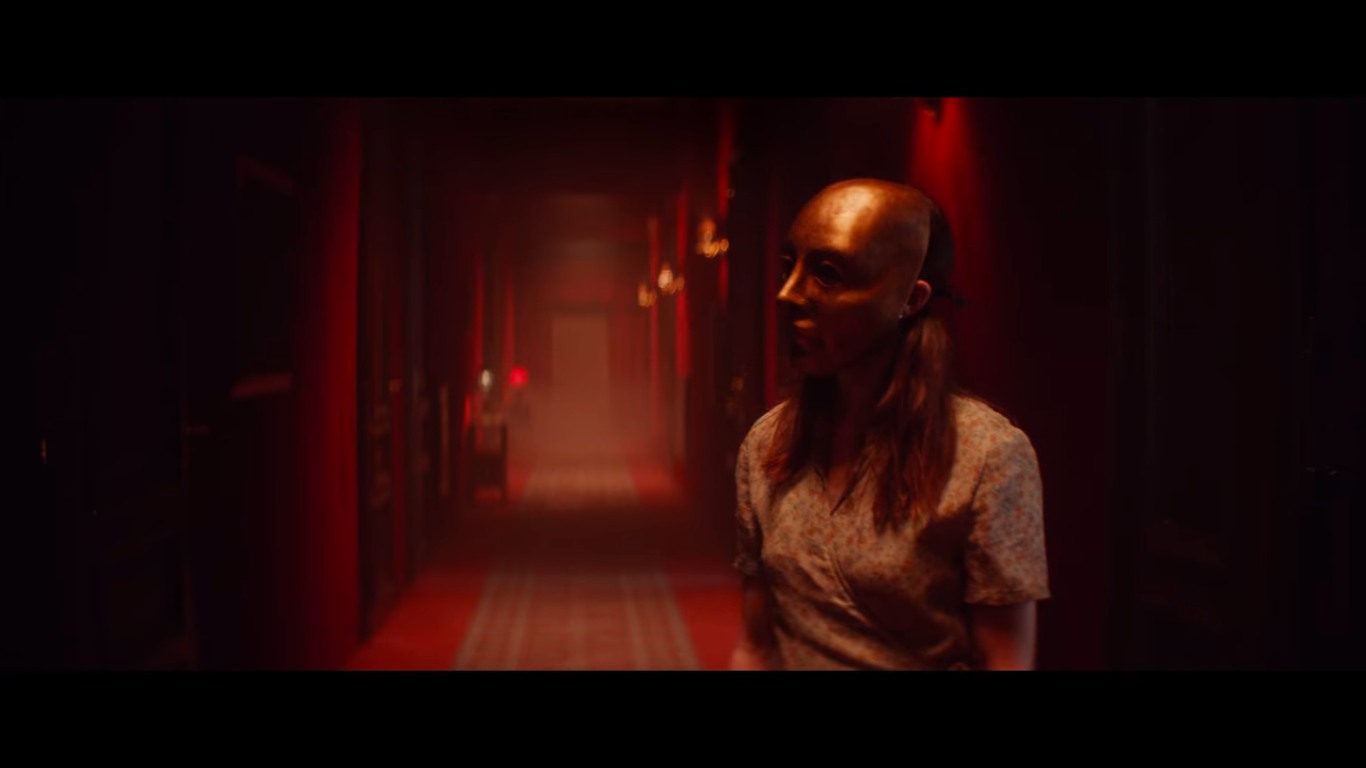 When the theatre act begins, Mathias establishes that everything they see is staged. Leonora’s belief is bruised many times through the story as reality seems to merge with her worst fears, making her doubt her sanity. She starts to imagine the worst when she actually loses her daughter. Leonara is haunted by the thought and imagines Alice calling out to her.

Belief can also be a fickle thing – everyone oscillates between believing and not believing, right from the actors, audiences, as well as the hotel staff. When Leonora finds out the truth about the hotel, one of the actors attack her, but she saves herself by placing the mask on his face. This is all it took for the hotel staff to believe that he was indeed a member of the audience and she, an actor.

Innocence and naivety have a big role to play when it comes to belief. We see children running around playfully in the opening scene of the film, unaware of the possibility. The children were probably made to believe that they, too, were part of the play; that is what Alice says when she finally reunites with her mother. The ignorance of some of the actors who didn’t know about all that goes on in the hotel comes through when Leonora exposes Mathias. All of this makes for one question: what is it that they want to believe?

‘Cadaver’ also starts with the painting of a rabbit on a plate, with a specific focus on the eye. The plot keeps coming back to it, which ultimately holds the key to the harsh reality of the supposed hotel. The paintings have a button that opens the ground to an underground network of tunnels where the people are dragged to be processed into food. The actors were not allowed in the tunnels, and once they see what was actually going on, the actors change their stance. They were not aware of what they were a part of until they saw the whole picture.

This ultimately led to one of the actors stabbing Mathias, who was responsible for setting up this horror for “survival.” The eyes are an essential play on perspective as it depends on your vantage point – which, more literally, is the case with the paintings. Looking back at the hotel after going through everything, goes on to show how different the picture of the hotel in Leonora’s mind was from the first time she saw it. What changed? Just the perspective.

This film is a classic but darker case of “art imitates life. Hanging on to what you have, fear of losing loved ones – is that enough reason to fight for your life? Jacob and Leonora are constantly worried about losing Alice. They live for her, but given the larger context of the world they live in, Mathias offered Leonora and Jacob to “join” him. This story shows the world of “eat or be eaten.” 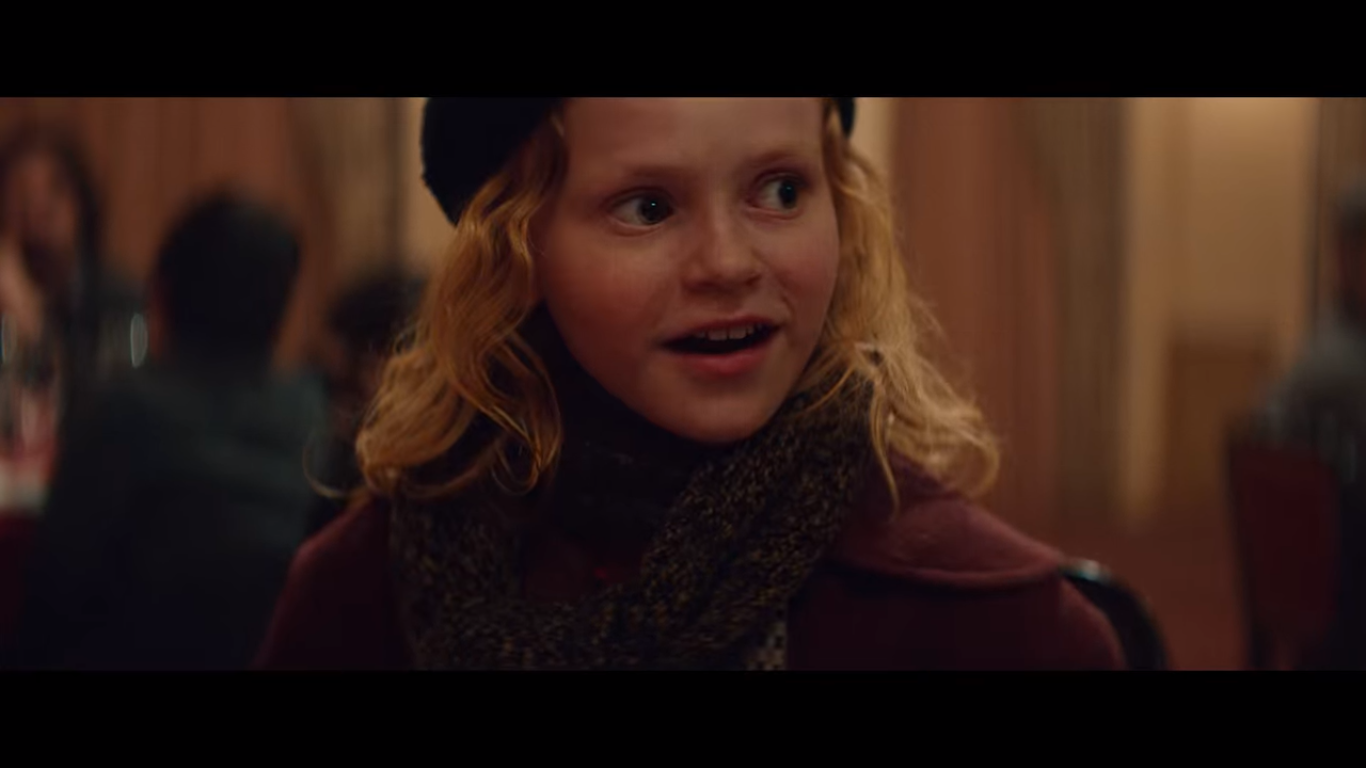 But in the end, Leonora and Alice, who fought to survive, show doubts regarding whether any of it was worth it. This is exactly what the last shot of the film is about. The prospect of something better, the hope, and the fantasy could only take them that far but the jarring reality remains to be dealt with.

Humankind Must Feel Something

Throughout the film, there is an emphasis on “sticking together,” be it with Leonora’s family or Mathias and his crew. In this film, humanity is a concept that can only exist in a collective form. If people stay close and look out for each other, that is the only way they can survive. This is also the concept that has been twisted by Mathias. For him, it is his crew against the rest of the world – they prey on others because they are together.

When Leonora exposes him and his operation to the next batch of the audience, Mathias’ crew is outnumbered, and the people flee for their lives. Mathias functions out of personal interest. Having lost his own daughter, he wants others to feel the pain too but also preys on them in order to survive. It is his course of action that highlights the breakdown of humanity within him. In the world outside the hotel, lack of humanity is a glaring issue as people fight each other to survive.

There is anarchy, lack of empathy, and absolutely no compassion. Had it been different, people wouldn’t have been left to die or steal from each other. The fact that the neighbors kill themselves goes on to prove that there is nothing to live for in the world that they live in. As Matthias puts it in his introductory speech at the theatre, what makes us human and separates us from animals? – “Humankind must feel something.”