Where was ‘Caddyshack’ Shot? 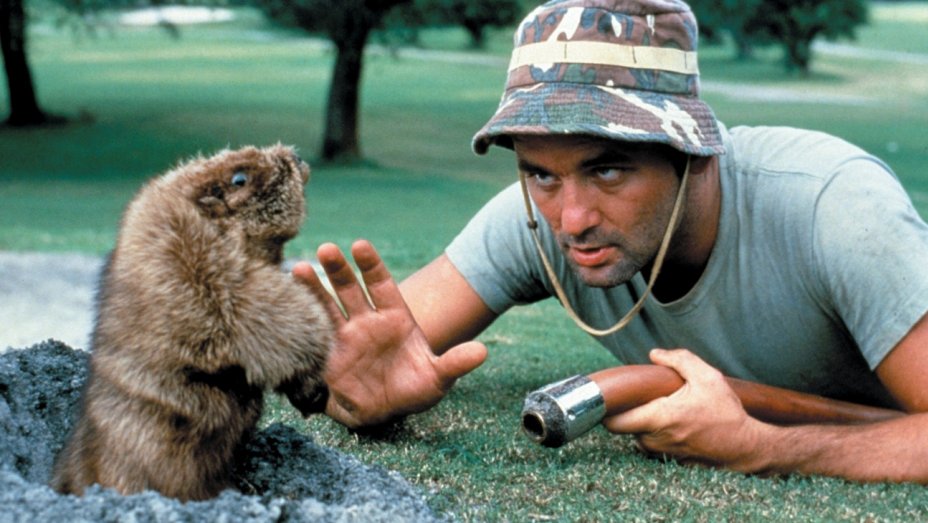 Described as one of the funniest sports movies ever made, ‘Caddyshack‘ has gained a cult following over the years. The story follows Danny, who works as a golf caddie at an upscale club to make enough money to get to college. Danny decides that he should cozy up to Judge Smails, who directs the caddy scholarship program. Throughout the movie, Danny has to deal with various challenges and eccentric characters. Among them are Al Czervik, a rambunctious newly rich member, who starts showing up at the club, and Carl Spackler, the nearly unhinged groundskeeper who engages in a war with the gophers destroying his golf course.

Almost all the action plays out at the Bushwood Country Club. Naturally, this might make you wonder where the club is located, and where ‘Caddyshack’ has been filmed. We have got you covered with all the details.

‘Caddyshack’ has been filmed mostly in Davie, South Florida. However, some parts have also been filmed in Los Angeles. Notably, filming took place for 11 weeks in the Autumn of 1979. You can check out a tweet below, stating that the cast and crew decided to film in Florida, rather than entirely filming in Los Angeles, to avoid studio interference.

DYK, one reason #Caddyshack producers chose FL as filming location over Los Angeles was to keep it from studio executive interference.

Since the golf scenes make up a significant part of the film, let us get that out of the way first. Most golfing scenes were filmed at the Rolling Hills Golf Club, now known as the Grande Oaks Golf Club. It is located at 3501 W. Rolling Hills Circle, Davie. The movie is set in the midwest, so the director hit upon a golf course that did not have any palm trees. You can check out an image of the golf course here.

Some of the waterside scenes and the dinner dance scenes were filmed at Boca Raton, a wealthy coastal resort. Filming took place at Boca Raton Resort & Club at 501 East Camino Real. You can check out a post about it.

A comedy classic born in 1980! The dinner-dance in Caddyshack filmed at the Boca Raton Hotel & Club @CityBocaRaton. #ThrowbackThursday #TBT pic.twitter.com/UC0JamEjzi

‘Caddyshack’ might be a movie about golf, but it has a pretty famous swimming pool scene. It has been filmed at the Coral Ridge Country Club in Fort Lauderdale. You can check out the relevant tweet below.

Did you know, while much of Caddyshack was filed at the Rolling Hills Golf and Tennis Club in Davie, Florida (now called Grande Oaks Golf Club), the famous swimming pool scene was filmed at Coral Ridge Country Club in Fort Lauderdale. pic.twitter.com/B1xTRLz60s

Some of the other pool scenes have been shot at Plantation Country Club. However, it appears that the pool no longer exists, after renovations. Apart from that, ‘Caddyshack’ has also been shot at the Key Biscayne Yacht Club, and the yacht club scenes were captured at the Rusty Pelican Restaurant in Key Biscayne. You can check out a tweet about it here.

@bradaschenck if you're up turn on AMC, Caddyshack scene shot behind Rusty Pelican is on

At the beginning of ‘Caddyshack,’ when we see Danny ride his bike, the scene is filmed at Bel Air on Sunset Blvd. He also rides the bike on the street with train tracks. It appears to be at the intersection of Mission Street and Meridian Avenue, South Pasadena. It is also very close to the house where ‘Halloween’ was filmed. You can check out a relevant tweet below.

Every time I watch Caddyshack I always plan on looking up the filming location where Danny Noonan rides his bike over the train tracks because it looks familiar. Finally looked it up & now I know why it looks So familiar. Made this pic to show.@Caddyshack_1980@Halloweenmovies pic.twitter.com/fpvvuofQUD

Danny’s house, where he climbs down the ladder, gets his bike from the porch and rides off, still exists. It is at 232 N Avenue 54 Los Angeles. You can check out a YouTube clip detailing the scenes filmed at this house while giving you some more information about the movie.

Reports suggest that scenes were shot at Wilson & Harding Golf Courses, at Griffith Park, and Woodland Hills Country Club as well. Therefore, it is evident that ‘Caddyshack’ has made good use of the locations in Florida and Los Angeles, to play out a story that has become an iconic part of Hollywood history.