When Will Cake Boss Return to Discovery Family? 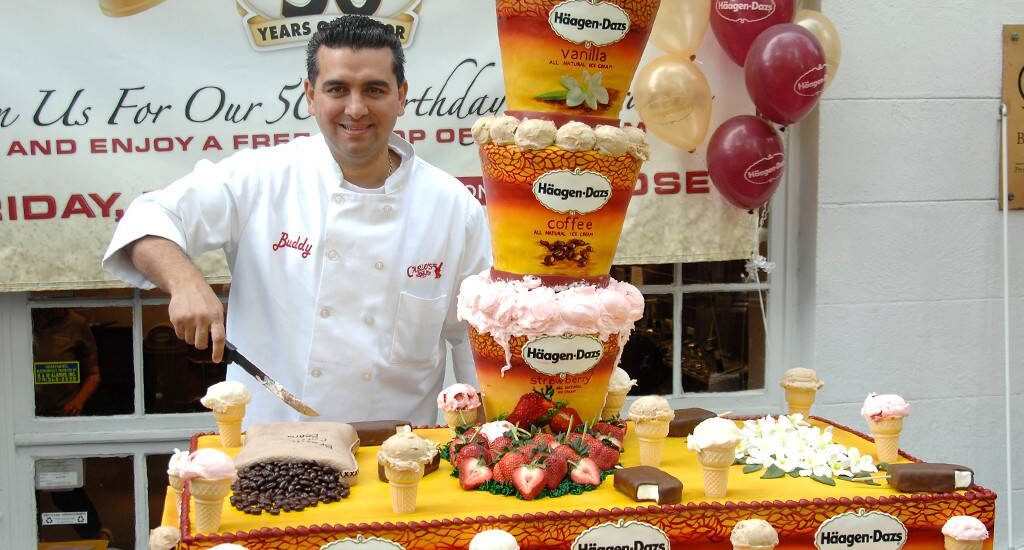 Life is not a cakewalk; but it can be dotted with cakes, what say? These moist, crumbly, and sweet slices of temptation can surely make your worries dissolve for a while. In fact, the whole process of curating these fluffy, soft-textured, spongi-licious spheres is a marvelous and delicate form of art. The perfect baking technique transforms simple ingredients like flour, water, yeast, and salt into the sweetest pieces of heaven. And this is the reason why we love baking shows so much. It’s a part of our culture, to be honest.

Adding to the exhaustive catalog of cooking and baking shows, we have ‘Cake Boss’, the ultimate reality TV show that revolves around the operations of Carlo’s Bake Shop. Based in New Jersey, this Italian-American family-owned business is run by Buddy Valastro, his wife Lisa Valastro, Maddalena Castano, Grace Faugno, and Mary Sciarrone. The primary focus of the docu-series is to explore how that family makes their exceptional edible art cakes. It also highlights the relationships between the family and staff members employed at the shop. The show when it first released in 2009 became so popular that it gave rise to several spin-offs such as ‘Next Great Baker’, ‘Kitchen Boss’, and ‘Buddy’s Bakery Rescue’.

Who is the host of Cake Boss?

‘Cake Boss’ is hosted by Buddy Valastro, who owns and is the head baker at Carlo’s Bakery. Owing to the popularity of the show, which soon resulted in the consequent popularity of his shop, he has opened 17 more outlets since the launch of Carlo’s.

In fact, Valastro also finds an honorable mention in the list of Hudson County’s 50 most influential people because of the attention his series brought to his hometown. Apart from this, he owns an event planning and catering company and is part of other shows as well such as ‘Bake You Rich‘ and ‘Buddy vs. Duff’, both of which air on Food Network.

Buddy Valastro will return to host the show for season 10.

What is Cake Boss about?

‘Cake Boss’ is a documentary-style food series that chronicles the activities surrounding the working processes at Carlo’s Bakery. The show highlights how the crew undertakes the humongous tasks of baking the most extraordinary cakes. As referenced by Buddy in his press release quote, “The famiglia and I are back, baby! Season nine is easily one of our craziest with cakes and Carlo’s Bakery shenanigans … We love the chance to bring a little bit of Hoboken into everyone’s homes!”

In the series, we witness an amalgamation of Buddy’s wildest ideas from his many consultations and his vivid imagination as he transforms his dreams into reality and creates exciting cakes. His sole aim is to realize his late father’s wish which was to make Carlo’s Bakery a household name. Of course, the episodes have their own doses of surprises faced by the team and unexpected situations that they need to tackle with wit and presence of mind.

Some of the extraordinary specimens that we get to see are a legendary cake built in the shape of a fire-breathing dragon (using pyrotechnics), a drive-in movie theater cake complete with a built-in projector screen, and a beef jerky cake. What’s more? Buddy and his crew, willingly face every challenge, learn from their setbacks, and create specimens that are larger than life.

Amidst making cakes of all shapes and sizes, the family sticks to their primary mantra — family always comes first. Of course, as aptly stated by TLC, “When you’re working with family on a daily basis, there is bound to be a lot of drama. The Valastros know drama, but at the end of the day, they also know love.” Including Buddy’s four sisters, two brothers-in-law and cousins, multiple expert bakers, decorators and sculptors, this adept team never fails at making the impossible possible. What more do you want? Mechanical cakes, thoughtful cakes, or meat cakes, they can whip everything out for you!

Cake Boss Season 10 Release Date: When will it premiere?

Discovery Family soon renewed the show for another season. ‘Cake Boss’ season 10 is slated to release on February 15, 2020, on the channel.

While we wait for season 10 to start airing, check out this clip from season 8 that is a compilation of the best scenes from season 8. If you haven’t seen the show yet, head over to TLC & Discovery Family to catch all the episodes of the previous seasons.