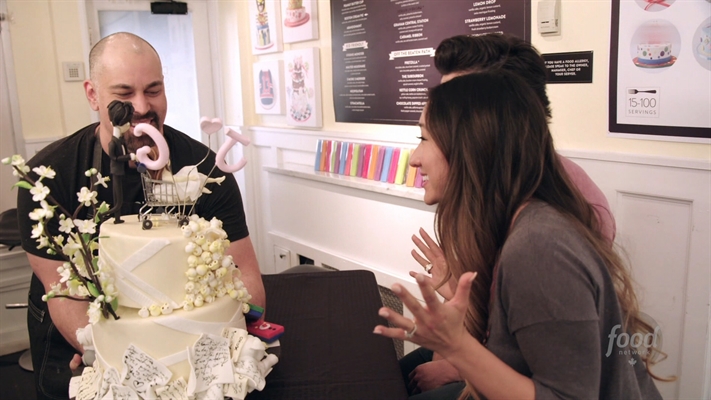 Cake Hunters Season 5 Cast: Who is in it?

The cast of Cake Hunters includes Treava, Madison Lee as herself, Crystal L. Bass as herself, Christopher Kean as himself and Rosa da Silva as herself.

Cake Hunters Season 5 Plot: What is it about?

Cake Hunters focuses on the centerpiece of any party- a cake. This is where Cake Hunters comes in the frame. An elaborate cake always steals the thunder of any party if it is done well. Cake Hunters series follows the idea of baking a perfect cake for a perfect party. The show deals with a variety of occasional cakes such as the wedding, birthday, anniversary, corporate party, a family reunion and many more. The hosts of the respective party meet with three participants who are going to design the cake. All of the three cake designers present their outstanding concepts to match the expectations of the party hosts. These cakes are their entryway to make the perfect complement to their big bashes.

The show doesn’t stop with the selection of a cake. It goes on until the cake is sent to its destination on the big day, whatever it may be, and ensures that the cake is still standing in one piece. Cake Hunters deals with featuring the importance of a cake on any occasion. It chooses a perfect cake designer who can design the cakes of their consumer’s dreams. Clients and party hosts come with a visual of what they want their cake to look like. People make unique choices such as a wedding cake that is over the top and loud, or a cake the represents the home city or country, a traditional and classic cake, a working waterfall cake, sweet 16th birthday party surprise cake or a sparkly cake. Others go for a spooky wedding cake, or one telling an American modern love story, a cake honoring different cultures, a luxurious cake, a famous monument as a cake, one celebrating music- theatre and arts. There are themed cakes such as a snowy or a summer themed and more.

Cake Hunters Season 5 Release Date: When will it premiere?

The trailer of Cake Hunters Season 5 is not out yet. But here is a sneak peek of the Cake Hunters series by Cooking Channel TV network. You can have a look and get ready to binge watch the show.