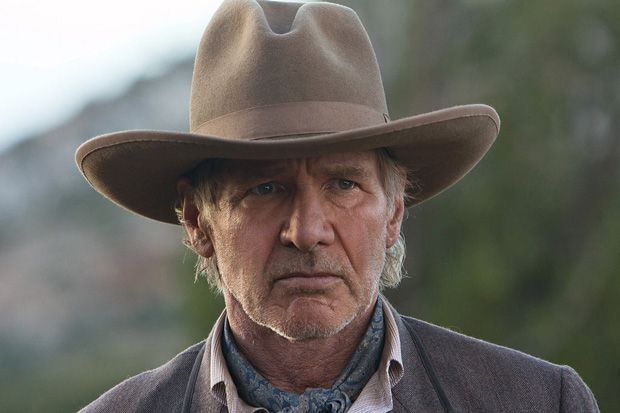 Even if you are not an animal lover, we can safely assume that the thought of a big, furry dog or a tiny, adorable pup would instill some warmth in your body. Now imagine the joy of watching a feature length film with a dog as the central character. That is exactly what the upcoming movie, ‘Call of the Wild’ seeks to offer. However, it will not be a sappy tale of a pet’s relationship with its owner or something cliched of that sort.

About fifteen hundred centuries ago, the grey wolf started being domesticated by humans leading to the evolution of the domestic dog. Dogs are the only large carnivore species to have been domesticated, apart from being the first ones. After their initiation into civilization, it is often easy to overlook the wild and animalistic instincts of the most beloved pet animal (truth bomb: cats are great too, but not the best). And the wildness of dogs is exactly what ‘Call of the Wild’ will explore, apart from other mature themes.

Call of the Wild Plot: What is it about?

The upcoming movie is based on a 1903 novel of the same name, by Jack London. The story is set during the 1890s Klondike Gold Rush when close to ten thousand people migrated to the Klondike region in Canada after gold was discovered by the locals there. During this time, dogs with the strength to pull sleds were in high demand. Such a high demand leads to the theft of a pet dog named Buck from his loving home in California. After being demoted to harsh living conditions during his forced tenure as a sled dog, Buck must learn to harness his primordial, survival instincts in order to endure.

Buck’s first challenge comes in the form of a rivalry with the leader of the pack of dogs that he is training with. After learning how to live in a pack from the other dogs and survive the harsh winter, Buck defeats and kills his rival in a showdown, making him the leader of the pack. But that is just the beginning of Buck’s epic story which can be called a coming-of-age tale for the dog as he learns and grows into a more experienced person…err…animal.

Such stories belong to the genre of animal fiction wherein one or more than one animal is/are anthropomorphized, i.e. given human traits. It might seem fantastical, and many stories that fall under the animal fiction genre are indeed speculative. However, ‘Call of the Wild’ maintains a form of reality due to its deep themes. It provides a look at the idea of nature v nurture, exploring the deep-rootedness of primordial instincts that make one closer to nature. Moreover, it also inspects the idea of civilization as Buck moves away from being a domesticated dog to answer the “call of the wild.”

Call of the Wild Cast: Who is in it?

Harrison Ford is all set to play the role of John Thornton — Buck’s last master and the story will also focus on his journey across the Canadian Yukon. Ford’s last major appearance was in the science fiction movie, ‘Blade Runner: 2049’ and he voiced the character of Rooster for the animated movie, ‘The Secret Life of Pets 2’ followed by that. Clark Gable had essayed the role of Thornton in a 1935 movie adaptation of London’s novel.

Apart from Harrison Ford, ‘Call of the Wild’ also features several other notable actors. Dan Stevens plays the role of Hal- Buck’s owner before Thornton who is heavily inexperienced in the matters of sledding dogs. The English actor is renowned for having played Matthew Crawley in the British period drama, ‘Downton Abbey’ apart from appearing in ‘The Guest,’ ‘Beauty and the Beast’ and ‘Night at the Museum: Secret of the Tomb.’

With such an impressive cast, promising graphics and an epic tale, we cannot wait to watch ‘Call of the Wild.’ It has the potential to be a unique flick with distinctive themes and a one-of-a-kind message.

Call of the Wild Crew: Who is Behind It?

Technoprops, a virtual reality production company which had been acquired by Fox is also working on ‘Call of the Wild.’ The organisation had previously worked on ‘The Jungle Book’ and hence, we can expect the same level of realistic graphics. ‘Call of the Wild’ is a live-action/computer animation movie. Given the quality of ‘The Jungle Book,’ the movie shouldn’t feel animated at all. The multiple animals in the tale can be expected to look extremely realistic.

John Powell was roped in to compose the movie’s background music. He is known for having worked as the music composer for several animated movies like ‘How to Train Your Dragon’ for which he won the Academy Award.

Call of the Wild Release Date: When Will it Premiere?

The movie finished filming in September 2019 and is scheduled to release on February 21, 2019.